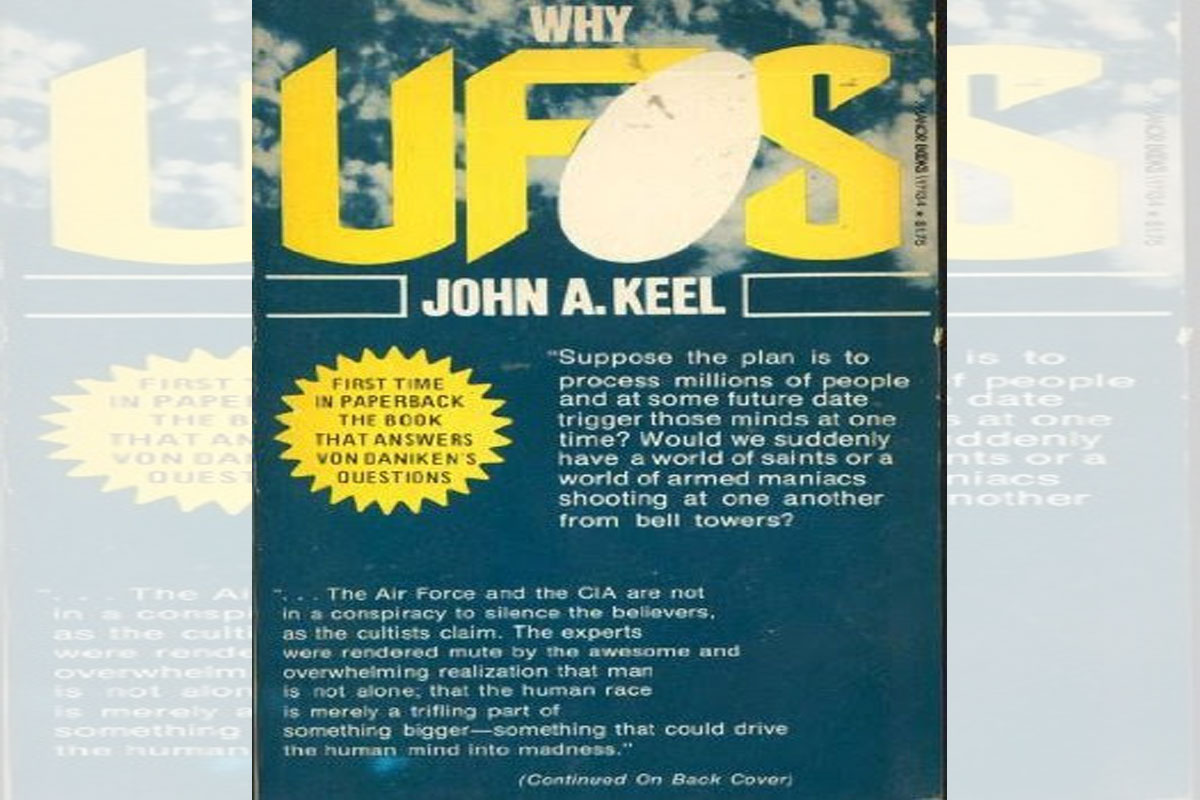 John Keel, the author of the acclaimed 1975 book, The Mothman Prophecies, was someone who had a deep interest in the Men in Black enigma and who even found himself in their clutches from time to time. Of the many cases that Keel personally investigated, one of the strangest has a significant bearing on the story told in this final chapter. It all occurred in May 1967, even though the affair had its origins in late 1966. It’s a story which Keel shared in his 1970 book, UFOs: Operation Trojan Horse. The location was a field in a rural part of the 19th century city of Owatonna, Minnesota – which just happens to be the home of the expansive Kaplan’s Woods, which are said to be haunted by multiple disembodied spirits of a terrifying nature. But, it’s UFOs and Men in Black that we are focusing on now, not the restless dead. It was late at night when Mrs. Ralph Butler and a friend were staring at a patch of the night sky, watching a curious display of unidentified bright lights dance around. 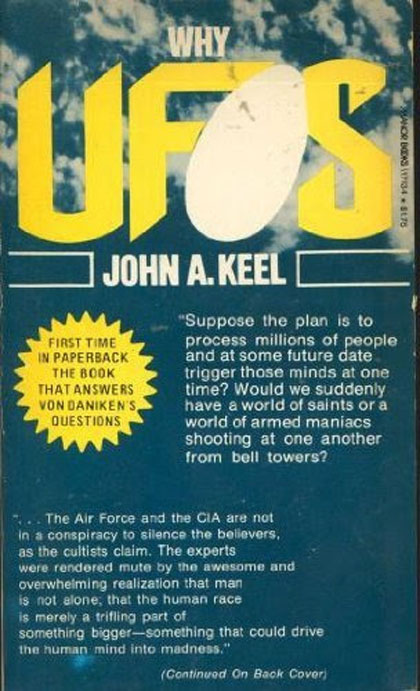 Without warning, one of the lights dropped from the heavens at high speed. Just before it hit the ground, the UFO came to a sudden halt, bobbing a few feet above the field floor, not unlike a boat on the ocean. Without warning, Mrs. Butler’s friend – who declined to have her named used by Keel – fell to the ground and went into a trance. In what seemed to be akin to a case of demonic possession, the woman began to speak in a deep, almost robotic fashion. “What is your time cycle?” asked the voice. Mrs. Butler, then in her own voice, replied: “A day is approximately twelve hours long and a night is twelve hours long.” The strange question-and-answer session continued for a few more minutes, after which the woman finally came around. The light shot away, vanishing into the night sky. Ominously, and for the next few days, whenever the women tried to share the details of their encounter they were hit by pummeling migraines and weakness. But, there was something else, too.

During the course of the interview between Mrs. Butler and John Keel, something very intriguing surfaced. Quite out of the blue, she asked Keel if he knew anything about mysterious men visiting UFO witnesses; men who looked like military personnel, but who may not have been. Keel, hardly a stranger to the MIB phenomenon played matters down a bit and said that, yes, he had heard a few such stories. Actually Keel had dozens of such cases on record, but he didn’t want to risk putting words into Mrs. Butler’s mouth, or of influencing her. Keel sat back and listened as Mrs. Butler told her story. It was in May 1967, some six months after the UFO sighting, that a “Major Richard French” turned up on Mrs. Butler’s doorstep, identifying himself as a representative of the military and asking questions about flying saucers. Just like all of the Men in Black, there was something just not right about Major French: his skin was an odd shave of olive. His face was extremely pointed, and particularly so his chin. He spoke English, but his accent was as blank as it could be. And he was dressed in a suit and a black tie, rather than in a military outfit. 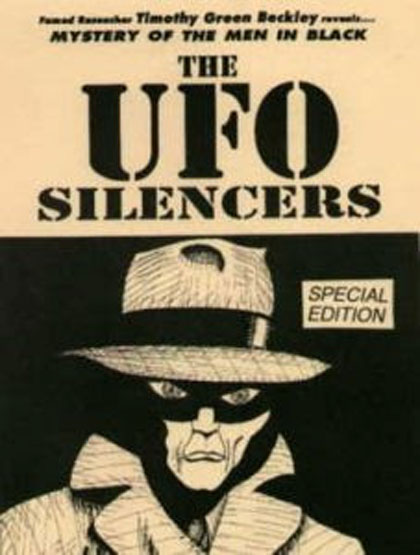 Very oddly, Major French – quite out of the blue – said that his stomach was causing him some trouble. Mrs. Butler offered him some Jello, which he quickly declined. He quickly left. The next day, though, the major was back. Yet again, he complained about his stomach. Mrs. Butler again offered him a bowl of Jello, hoping that it might help the major. Here is where surreal became beyond surreal. For a moment or two, Major French stared at the Jello, seemingly completely unaware of what it was. He then stared at the spoon Mrs. Butler had given him as if he had no comprehension of what it was. He then awkwardly picked up the bowl and proceeded to try and drink the Jello. Mrs. Butler went silent and stared in disbelief. Major French did not hang around, realizing, it seems, that Mrs. Butler knew something was not quite normal – which is an understatement of epic proportions. He quickly left, never again bothering Mrs. Butler.