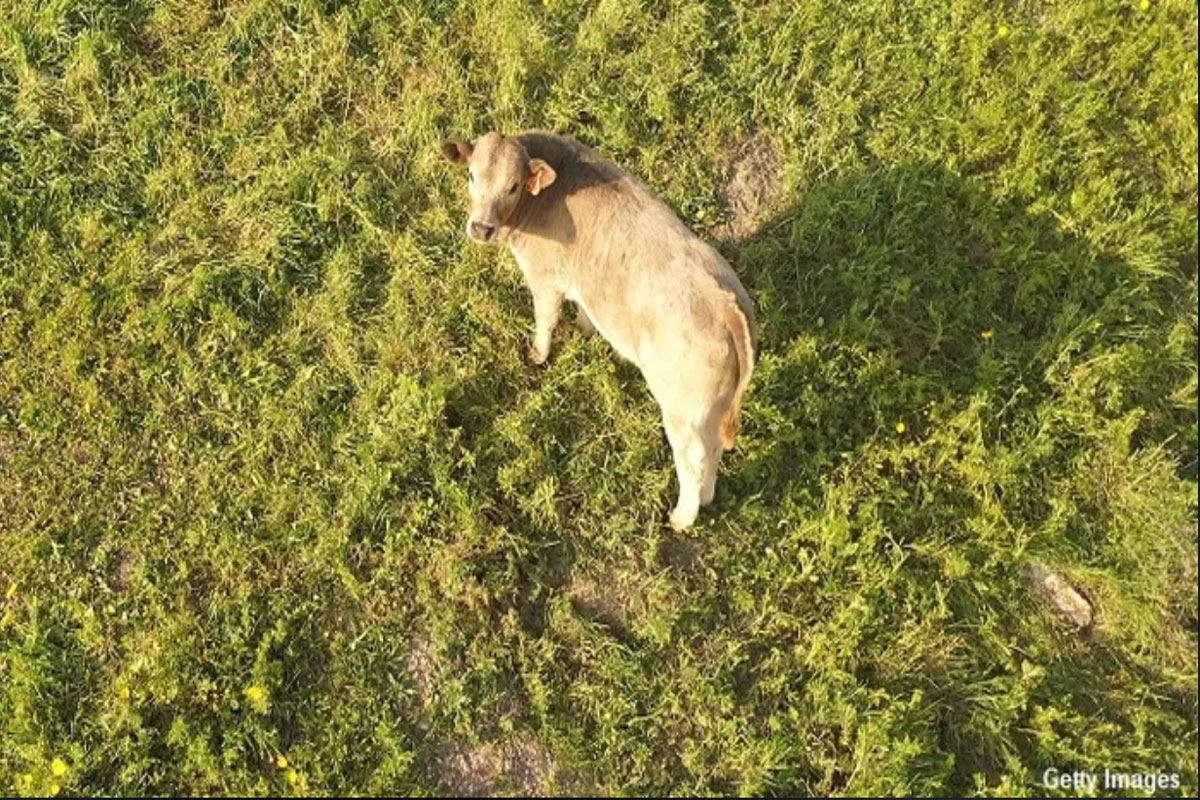 In a curious case out of Argentina, an unfortunate cow was discovered mutilated under mysterious circumstances the day after a puzzling UFO was witnessed in the same location. According to researcher Jorge Gabriel Roman, the odd incident occurred last month in the rural province of La Pampa when a man working in a field spotted “a dim light moving beneath another brighter object that was suspended in the air.” The two UFOs subsequently “melted into one” and departed from the sky at an incredible speed. The wondrous event took a dark turn the following day when the witness returned to work and made a grim discovery.

Around 1,500 feet from where he had seen the UFO, the worker stumbled upon a cow that had been mutilated in a manner all too familiar to those who have studied the strange phenomenon as it seemed to have been sliced with surgical precision and its soft tissues removed. When the man tried to bring his dog near the downed creature, it refused to go near the dead animal and that would appear to be the case with any other natural scavengers as the carcass remained untouched for days.

The cow’s demise will likely remain a mystery, though Roman suspects that its gruesome death and the UFOs spotted on the prior day must somehow be connected. Noting that “strange lights are frequently observed in the sky when mutilations occur,” the researcher theories that the forces behind these craft are interested in the soft tissue of the cattle for possibly some kind of medicinal reason. Reflecting on similar cases that he has investigated in the past, Roman indicated that the targeted creatures are often found on the ground as if they had been dropped there “like bags of potatoes.”

The Mysterious Vanishing of the Tech Genius Dr. James Gray