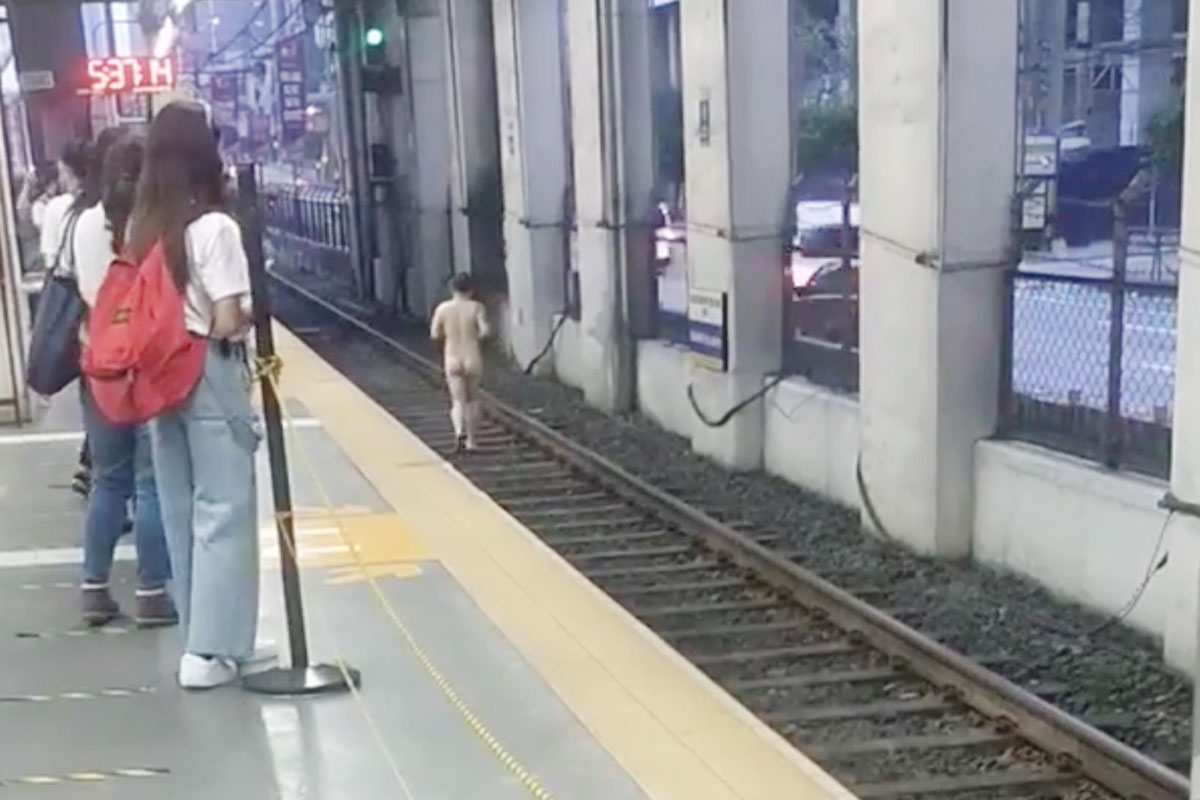 A FOREIGN male passenger who ran naked along the Metro Rail Transit Line 3 (MRT-3) tracks is facing charges of alarms and scandal.

In a statement, Department of Transportation (DOTr) Assistant Secretary Eymard Eje, the MRT-3’s chief, said the passenger was being checked by security personnel at the MRT-3 Boni Avenue Station at 5:35 a.m. Thursday when he suddenly removed his clothes, ran and jumped towards the tracks heading to Shaw Boulevard station.

At around 5:42 a.m., he said the passenger was apprehended and was brought back to Boni Ave. Station for further investigation.

“The individual was endorsed to the Mandaluyong Police Station for investigation and disposal. A case of alarm and scandal will be filed against the passenger,” Eje said.

He noted that a final report would be released on the incident. PNA