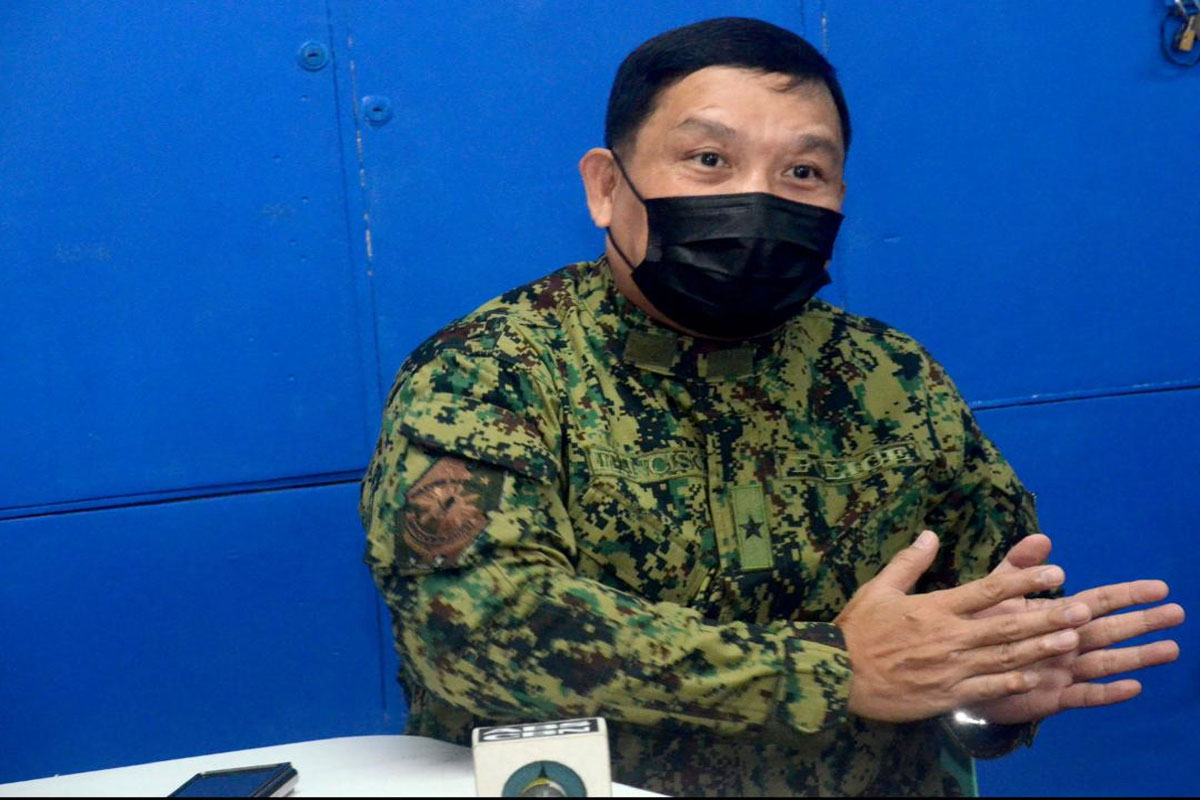 Over dismissal of raps vs Fil-Chinese trader in 2017

SEVERAL Manila policemen are facing possible dismissal from service after they were found to have deliberately absented themselves from the hearing of the case of a Filipino-Chinese businessman who ran amok inside the Manila Police District (MPD) headquarters on September 20, 2017.

The failure of concerned members of the MPD to appear before a Manila court despite repeated summons led to the dismissal in 2019 of all criminal charges filed against Arvin Chua Tan, the same shabu-positive man who figured in a 6.5-kilometer-long road case incident from Timog Avenue, Quezon City to Sampaloc, Manila where he was finally arrested on Tuesday last week, the Journal Group learned.

MPD director, Brigadier General Leo M. Francisco said he has ordered the MPD District Investigation and Detective Management Branch to file appropriate administrative and criminal charges against the accused in connection with the dismissed cases against the 46-year old Tan.

Tan ran “amok” inside the MPD headquarters along United Nations Avenue in Manila around 2 a.m. of September 20, 2017 and used his car to hit policemen and some members of the media.

As a result, Tan was charged with direct assault, usurpation of authority, malicious mischief resulting to damage to property, unjust vexation, anti-littering, alarm and scandal and resistance and disobedience of lawful authority.

The suspect’s outrage in 2017 came after he was caught taking a video of a witness in the fatal hazing of a UST law student.

“I have already ordered the investigation of the policemen who failed to testify in court against Tan. They will be facing pre-charge investigation for being remiss in their duties causing the dismissal of all criminal cases filed against the accused,” Brig. Gen. Francisco told the Journal Group.

Gen. Eleazar said that they require their men to religiously attend court hearings as ‘prosecution witnesses’ in order for them to further increase their conviction rate especially those involving violation of RA 9165. The PNP leadership is also continuously monitoring the court and prosecution appearances of their men as part of their effort to bring justice to all.

The news about the dismissal of the 2017 cases filed against Tan would not have cropped up if he were not arrested for a very similar offense last week wherein he rammed at least 10 motor vehicles including a Quezon City Police District (QCPD) mobile car following a 6.5-kilometer-long road rage incident from Timog Avenue, Q.C. to Sampaloc, Manila, officials said.

Records of Tan’s 2017 case showed the accused was arrested by then Police Officers 1 (PO1) Ronaldo Evangelista, Enrique Pabalan and Emerson Layug of the MPD District Police Intelligence and Operations Unit.

Brig. Gen. Francisco said the suspect was inquested on September 20, 2017 before Manila City Prosecutor Aldrin Gupita and after posting bail, his case was heard by Judge Romeo Rabaca of the Manila Metropolitan Trial Court Branch 25.

However, on May 18, 2018, Judge Rabaca issued an order of ‘Provisional Dismissal’ of the case upon the motion of the accused, Attorney Albaro Lazaro who cited the ‘failure of the prosecution witnesses to appear despite having been duly notified, an indication of their lack of interest to prosecute the case.’

The judge also issued the ruling considering the ‘manifestation of Special Counsel Eleonor Pinera that she had no objection because without the favorable testimony of said prosecution witnesses, the prosecution cannot prove the guilt of the accused beyond reasonable doubt and with the express consent of the accused.”

The MPD director said that after the case was ordered provisionally dismissed on May 20, 2019, “the counsel of the accused filed an urgent motion for permanent dismissal of the case. “

As such, the motion was granted and the court ordered for the permanent dismissal of the case on June 7, 2019,” he said.

Brig. Gen. Francisco said the concerned policemen would be asked to fully explain the reasons behind their failure to attend the hearings of the cases against Tan which is in full violation of the PNP leadership’s directive making it mandatory for all prosecution witnesses from the police force to have a 100 percent court attendance.

All concerned policemen will have their ‘day in court’ to particularly to answer charges they were allegedly ‘bribed’ by Tan on condition that they won’t appear in court during his trial. The concerned cops could not be immediately contacted for comment on the allegations against them.

As a result of his caper last week, Tan is again facing a string of criminal charges including violation of Republic Act 10586 or An Act Penalizing Persons Driving Under the Influence of Alcohol, Dangerous Drugs and Similar Substances, and for Other Purposes, violation of Section 11 of RA 9165 or The Comprehensive Dangerous Drugs Act of 2002, Estafa (Non-Payment), Reckless Imprudence Resulting in Damage to Government Property, Resistance and Disobedience to a Person in Authority, and violation of RA 9208 or the Anti-Trafficking in Persons Act of 2003 which was filed against him by her female companion.

The other criminal charges were filed by the QCPD Station 10 against the suspect.

According to QCPD director, Brig. Gen. Antonio C. Yarra, the accused also tested positive for shabu. A small heat-sealed plastic sachet containing the so-called ‘poor man’s cocaine’ and an aluminum foil were recovered by Crime Lab investigators inside the suspect’s black BMW with conduction sticker PB0045 during a search of the vehicle in Sampaloc.

The suspect, a resident of 49- C11 corner Gilmore Street, New Manila, Q.C. went berserk after staying at the Sogo Hotel branch on Timog Avenue with a 21-year old guest relations officer from a Q.C. nightclub. He refused to pay his bill and even demanded P20,000 from the hotel management prompting the hotel staff to call the QCPD Station 10.

A heated argument ensued between the hotel staff and the suspect prompting calls for police assistance. However, while being questioned, Tan boarded his car and bumped the responding QCPD-64 mobile car and a motorcycle being driven by another policeman.

The mobile crew pursued the suspects and called for help from other QCPD units. The hot pursuit operation started on Timog Avenue corner EDSA; then to E Rodriguez Avenue to Recto Avenue where the suspect bumped several private vehicles, some LTO mobile cars and a motorcycle before being arrested.

A video showed the suspect’s car hitting a tricycle, hurling driver to the ground on impact.

Cayetano to run for higher office if ayuda bill not adopted