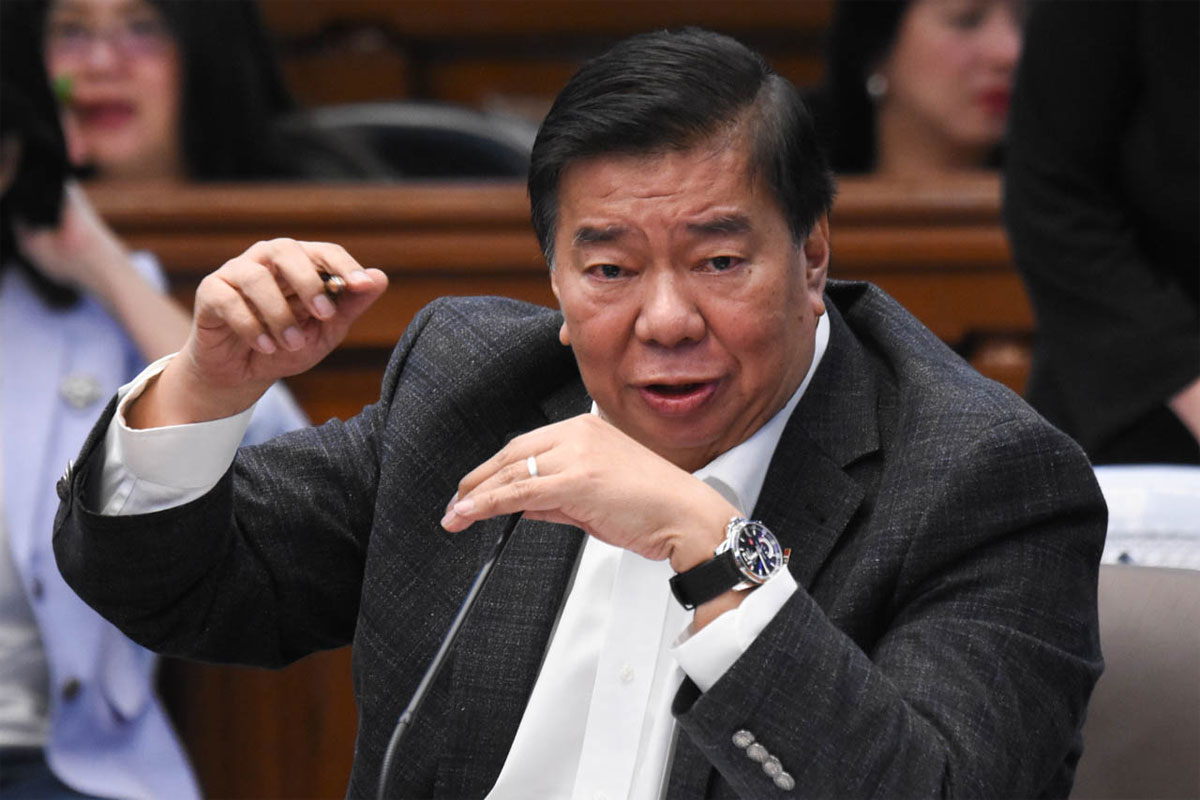 Drilon called on his colleagues both in the Senate and the House of Representatives “to not allow election fever get in the way of legislation.”

“There’s a lot to be done for our country and our people. Even with the elections drawing closer, let us put our 100-percent towards the passage of much-needed laws that our people expect from Congress,” Drilon said.

Congress is set to return to work on January 17 until February 4. It has about 10 sessions days to work on several measures before it goes on recess for the 2022 national and local elections.

The Senate chief fiscalizer cited, for instance, the amendments to the Public Service Act. The measure, which is pending in the bicam, proposes to limit the definition of public utility, while opening up other public services to the market.

Drilon, the principal author of the measure, explained that the proposed amendments to the Public Service Law, which was enacted in 1936, will provide a clear definition of public utilities, as he pointed out how the interchangeable use of “public utility” and “public service” has effectively barred foreign entry into the market.

“The passage of this measure, along with the newly-signed Republic Act (RA) 11595 or the Amended Retail Trade Act, will set the stage for the country’s economic recovery. They will boost the country’s chance to return to pre-pandemic economic growth level,” Drilon said.

Drilon is also the principal author of RA 11595 which lowers the paid-up capital requirement in retail trade to P25 million from its previous limit of $2.5 million or roughly P125 million.

The minority leader also said Congress should approve the Sim Card Registration Act and send it immediately to the President for his approval.

The bill mandates the ownership registration of all sim cards in the country to “deter the proliferation of SIM card, internet or electronic communication-aided crimes, such as, but not limited to terrorism; text scams; unsolicited, indecent or obscene messages; bank fraud; libel; anonymous online defamation; trolling; hate speech, spread of digital disinformation or fake news.”

Drilon inserted a provision in the proposed measure that can unmask trolls and fight the anonymity in cyberspace by requiring real-name and phone number upon creation of social media accounts.

“This new provision will prevent anyone from making anonymous accounts online. Section 5 of the proposed measure states that all social media account providers shall require real-name and phone number upon creation of account,” Drilon said.

Drilon said Congress can pass the non-expiration of license and franchise bill that he authored and the Senate passed on third reading last month.

He expressed support for the AFP Modernization bill, Teacher Education Excellence Act, Night Shift Differential Pay bill, Judiciary Marshalls Act. All of them are pending in the bicam, he noted.

Drilon also said the Congress should prioritize the bill that seeks to increase the age for determining statutory rape. The bill recently hurdled the bicam and will be up for approval by both chambers when it resumes session.

“We have a long list of measures that are in advanced stages of legislation. Some of them have been pending in bicam for months. I urge the leadership of both houses of Congress to take a look at it so we can prioritize its passage in the remaining session days,” Drilon said.

“We must move at lightning speed in the remaining 10 sessions days before the campaign period kicks in,” he noted.

Resolution 10695 of the Commission on Elections sets the campaign period for candidates for president, vice president and party-list groups, from Feb. 8 to May 7.