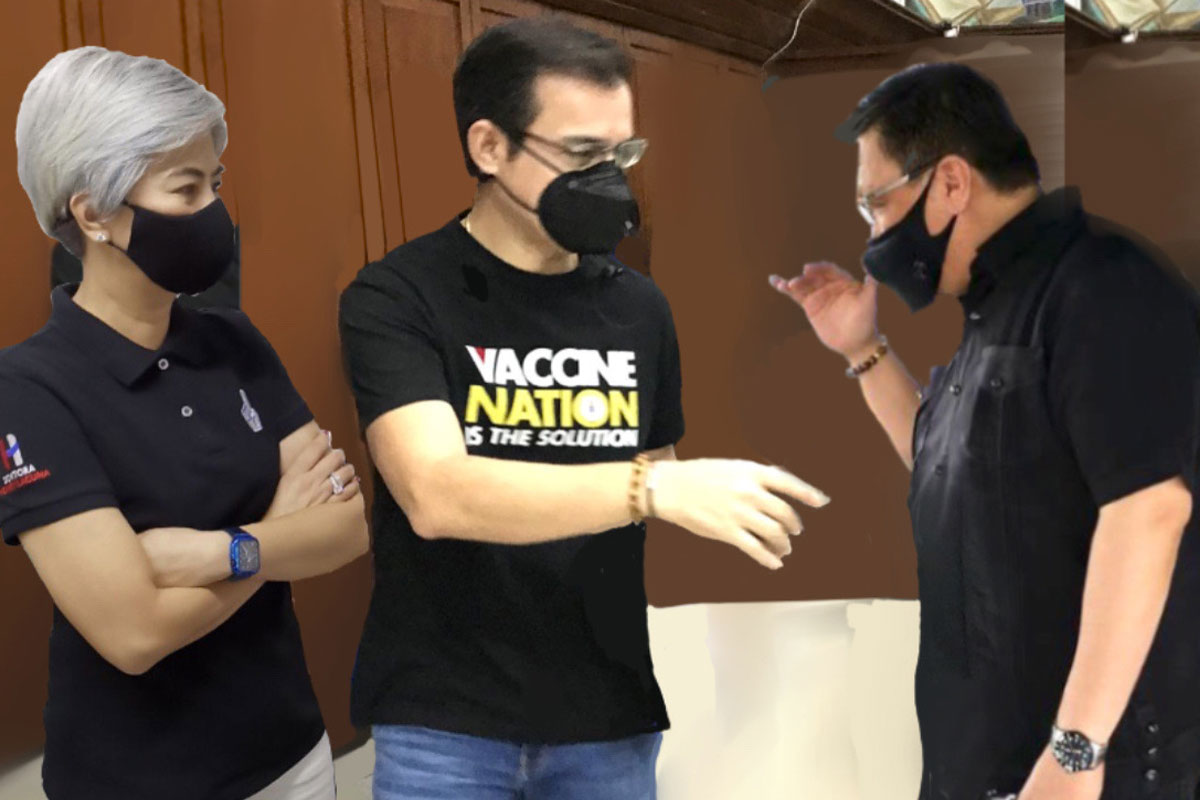 MANILA Mayor and presidential aspirant Isko Moreno is inviting the public to visit the “Manila EntrePinoy StrEAT Food Festival” which he and Vice Mayor Honey Lacuna opened over the weekend at the Mehan Garden near the Manila City Hall.

Moreno lauded bureau of permits chief Levi Facundo for the project which aims to rev up the city’s economy and create job opportunities for small enterpreneurs and workers who have been displaced by the pandemic.

Facundo said there will also be al fresco dining in the venue and kids are welcome.

Strict health protocols will be implemented and face masks must be worn at all times inside the Mehan Garden, Facundo added.

Facundo added they will have street performers as well and a TikTok backdrop for everyone to enjoy.

Lacuna was with her runningmate, Congressman Yul Servo and reelectionist Congressman Roland Valeriano as they joined the throngs of motorists who held simultaneous motorcades in Metro Manila and Cebu City on Sunday, in a massive show of support for the candidacy of Moreno as Aksyon Demokratiko standard bearer.

In the National Capital Region, more than 5,000 motorcycle riders and at least 500 cars and vehicles participated in what organizers billed as “The In Cebu City, more than 5,000 members of PRIMO-Isko Cebu led by Eduard Ligas lined up along the sidewalks of the Mandaue-Mactan Bridge holding tarpaulins and placards showing the tandem photos of Isko Moreno-Willie Ong.

Mayor Isko’s supporters and volunteers assembled at the Zaragosa Road 10 South-bound lane as early as 5 am. with more than 2,000 motorcycle riders participating.

Participants wore blue polo shorts and blue T-shirts that turned the caravan route into a “sea of blue.” Blue is the official color of Mayor Isko as well as his fellow Aksyon Demokratiko bets.

From Road 10, the “Blue Wave Caravan” proceeded to Circumferential Road 4 going to the Bonifacio Monument in Caloocan City, South-Bound lane of Edsa all the way to Roxas Boulevard in Pasay City.

By 10 a.m., hundreds of supporters and spectators along Roxas Boulevard in Manila can be seen shouting the name of Mayor Isko for President as the Blue Wave Caravan passed through the Luneta area. The 2nd Blue Wave Caravan ended in Zaragosa Road 10 where they started.

In Cebu City, thousands of suupporters on board motorcycles went around the major thoroughfares in support of the ongoing Blue Wave Caravan in Metro Manila.

Last November 8, about 50 pastors and leaders from different Christian denominations led by Bishop Sherween Eslava, took their oath before Moreno and offered an ecumenical prayer for the mayor and his campaign team.

Other groups who also took their oath of support include Ikaw and Ako Isko Tayo Youth and Urban Poor sectors based in Taguig and Pasig, Youth Movement for Isko, and the gaming group Rumble Royale, which earlier shared their plan to organize online gaming tournaments to help promote the mayor to the youth and the gamers.

More groups are scheduled to be sworn in in the coming weeks by the Aksyon Demokratiko standard bearer, who is running on a platform of good, clean, transparent, and inclusive governance and leadership by example.

Moreno and his slate were in Cebu Province on November 5 and 6 as part of their listening tour with focus on ordinary people. Third District Rep. Pablo John “PJ” Garcia accompanied Moreno throughout his 2-day Cebu visit.