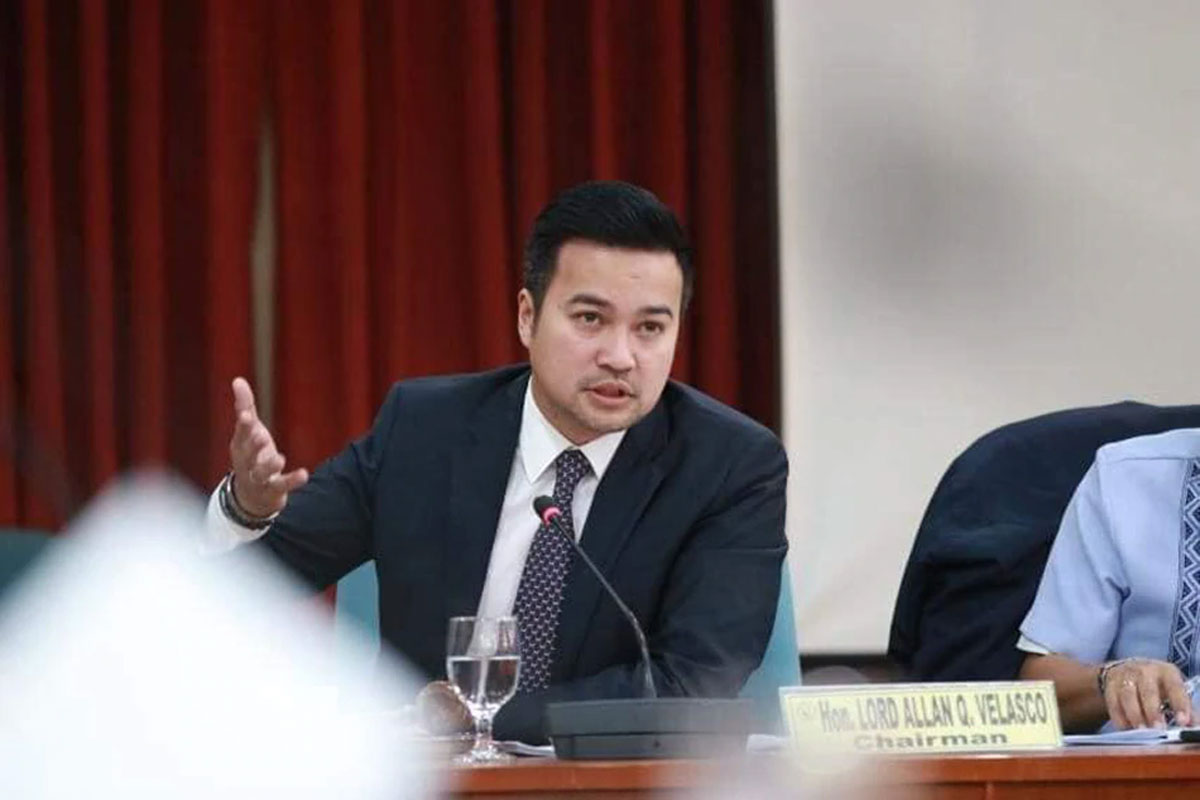 SPEAKER Lord Allan Velasco on Monday rallied his colleagues in the House of Representatives to pass more laws that would further promote women’s rights and gender equality.

“Congress has the capacity to enact transformative laws for women and girls through its legislative priorities, structures, policies and processes,” Velasco said during the virtual launching of the “How to be a Gender-Responsive Legislator” handbook.

Velasco also recognized the important contribution of women in the efforts to fight coranavirus disease-19 (COVID-19).

“During this pandemic, women have held up more than their share of the sky as doctors, nurses, medical personnel, teachers, BPO workers, grocery cashiers and market vendors—many risking their health in the process,” Velasco pointed out. “Women are now better educated, and many have been occupying seats of power in business circles.”

Although significant progress has been made in recent years, Velasco said more needs to be done to promote gender equality and empowering women.

The House chief lamented that women’s participation in politics and decision-making “is still sorely lacking.”

“Hence, even if we appreciate women’s roles and sacrifices during this crisis, we cannot, for instance turn a blind eye to the reports of gender violence that has dramatically increased during community lockdowns. We cannot afford to be tone-deaf on women’s issues,” he added.

Velasco said the recently launched handbook would give lawmakers “a unique opportunity to carefully craft their bills and resolutions through a more gender-responsive lens, amplifying the voice of women and other genders within the halls of Congress.”

He expressed hope the handbook would “ultimately contribute to the making of a society that allows genuine empowerment and autonomy of women towards the improvement pf their political, social, economic and health status.”

According to Velasco, the handbook intends to remind the predominantly male Congress that “women are human beings with equal rights and that women’s rights are human rights.”

“And to have meaningful progress in our country means to ensure the advancement of women’s issues and concerns, as well,” he added.

The handbook is a joint initiative of the House Committee on Women and Gender Equality (CWGE), Office of the Speaker, House GAD (Gender and Development) Focal Point System, and the Philippine Commission on Women (PCW).