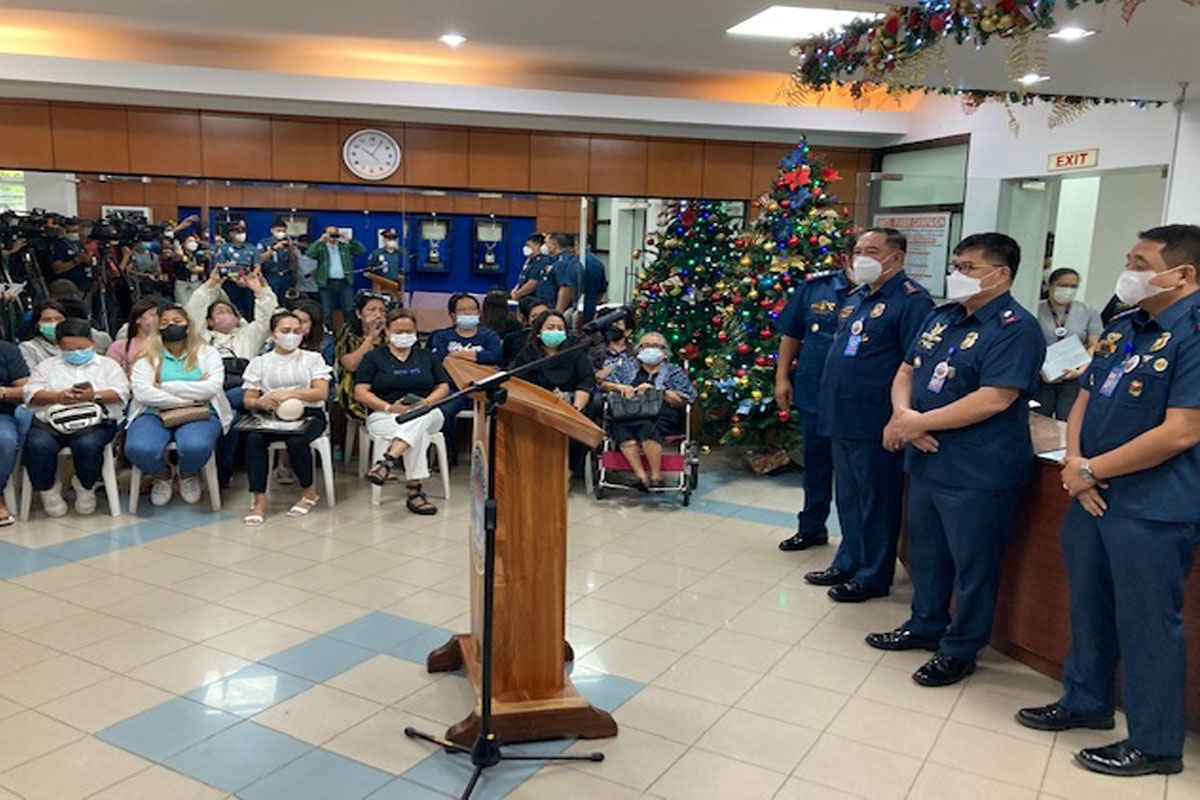 PHILIPPINE National Police Criminal Investigation and Detection Group (PNP-CIDG) director, Brigadier General Ronald O. Lee on Wednesday said they expect more breakthroughs in their ongoing investigation into the cases of the 34 ‘missing sabungeros’ as he appealed for more witnesses to help them identify and arrest the other remaining suspects in the kidnapping and serious illegal detention of the missing victims.

“Me mga feelers na pinaparating sa amin na hindi lang video and me witnesses pa na lalapit sa amin. Thus, I am encouraging those who are in possession of these videos and other witnesses to the crime to surface and help us continue our investigation,” the official said.

Brig. Gen. Lee and his staff on Wednesday met with the families of the missing victims and assured them of their all-out effort to help them find justice for their loved ones.

He said that they consider the 34 as ‘still missing’ although he cited his experience as a veteran anti-kidnapping investigator that kidnapping victims who have been missing for months or more than a year already were later found to have been killed by their captors.

Brig. Gen. Lee said that unlike the Abu Sayyaf Group or the New People’s Army who previously were known for holding their captives for over a year and keeping them alive, ordinary criminals won’t allow their hostages to be alive for months.

As a result of the continuous investigation conducted by the PNP-CIDG, two criminal cases—Cases No. 1 and No. 8– have been filed before the Department of Justice (DOJ) with ‘very significant results.’

Last March 18, Case No. 1 triggered the filing of five counts of kidnapping and serious illegal detention against Julie Patidongan, Mark Carlo Zabala, Virgilio Bayog, Roberto Matillano, Jonas Alingasa, Johnny Consolacion, Herolden Alonto, Gler Cudilla, one alias ‘Chief’ and six other John Does in connection with the kidnapping of some of the victims at the Manila Arena.

All accused were tagged as security personnel of Manila Arena. Brig. Gen. Lee said that he has been informed that a panel of DOJ prosecutors has already recommended the filing of criminal charges against the suspects before a Manila court.

The DOJ recommended the filing of criminal charges against Claveria, Navarette and Brosas, all former members of the Provincial Intelligence Branch of the Laguna Police Provincial Office.

Brig. Gen. Lee said that last December 1, they also filed a kidnapping and serious illegal detention case against Patidongan alias ‘Dondon’ and one John Doe for their involvement in the abduction of another victim named Michael Bautista inside the AA Cobra Farm in Barangay Palasan in Sta. Cruz, Laguna.

The PNP-CIDG director credited the major breakthroughs in their investigation into the missing ‘sabungeros’ case to their close coordination with the DOJ and the full support they are getting from the families of the victims and several witnesses.

A sister of Lasco named Charlene spoke in behalf of the other families of the missing and thanked the PNP-CIDG, the DOJ, the media and lawmakers led by Senator Ronald ‘Bato’ M. dela Rosa for seeing to it that their quest for justice won’t be futile.

The woman also thanked Brig. Gen. Lee for seeing to it that in a span of three months, there would be major breakthroughs in their cases.

The woman called on the suspects indicted in connection with her missing brother’s case to tell the truth and nothing but the truth. “Remember, 13 kayo pero tatlo lang ang me kaso,” she said.

Gen. Azurin has already ordered the dismissal from the service of the five Laguna policemen. Although the DOJ did not find probable cause against Lt. Sasalua and MSgt. Claveria, they were likewise recommended for dismissal for administrative charges for grave misconduct after investigators found ‘enough substantial evidence’ against them, said PNP spokesperson, Colonel Jean Fajardo.