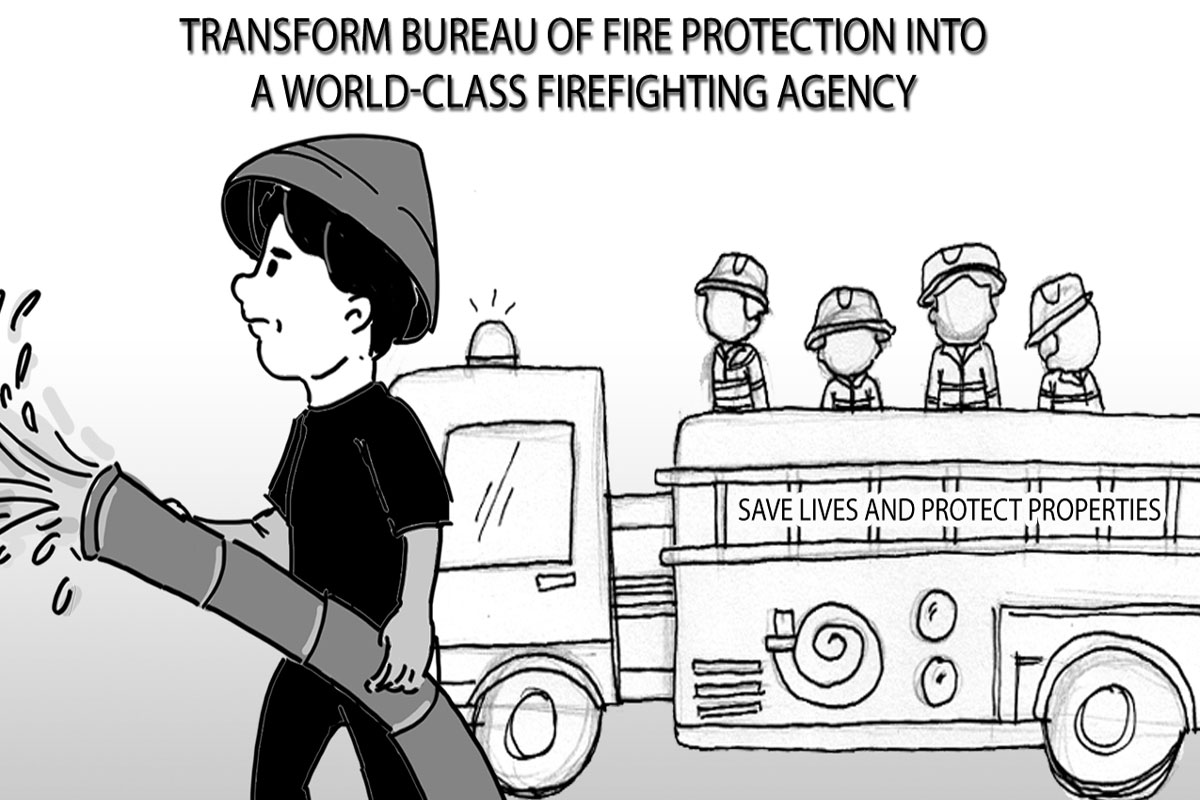 A PROPOSED piece of legislation seeking to transform the Bureau of Fire Protection (BFP) into a world-class firefighting agency is awaiting President Rodrigo Duterte’s signature.

This after the two houses of Congress ratified the bicameral conference committee report on the disagreeing provisions of Senate Bill No. 1832 and House Bill 7406.

With state-of-the-art equipment and facilities and highly-trained firefighters, the BFP is seen to be transformed into a world-class firefighting agency.

Note that the BFP, like the PNP and the Bureau of Jail Management and Penology, is an attached agency of the Department of the Interior and Local Government (DILG).

Under the reconciled bill, the BFP, with its expanded jurisdiction and functions, implements, in coordination with the DILG, its multi-pronged modernization program.

The program aims to level up the current fire protection services of the BFP through the acquisition of new and modern equipment, vehicles and personal protective gears.

To ensure the safety of firefighters, the bill seeks to set up a security and protection unit in every region and city to be composed of not more than 14 armed personnel, with two team leaders.

Modernizing the BFP is a move in the right direction which all sectors ought to support.