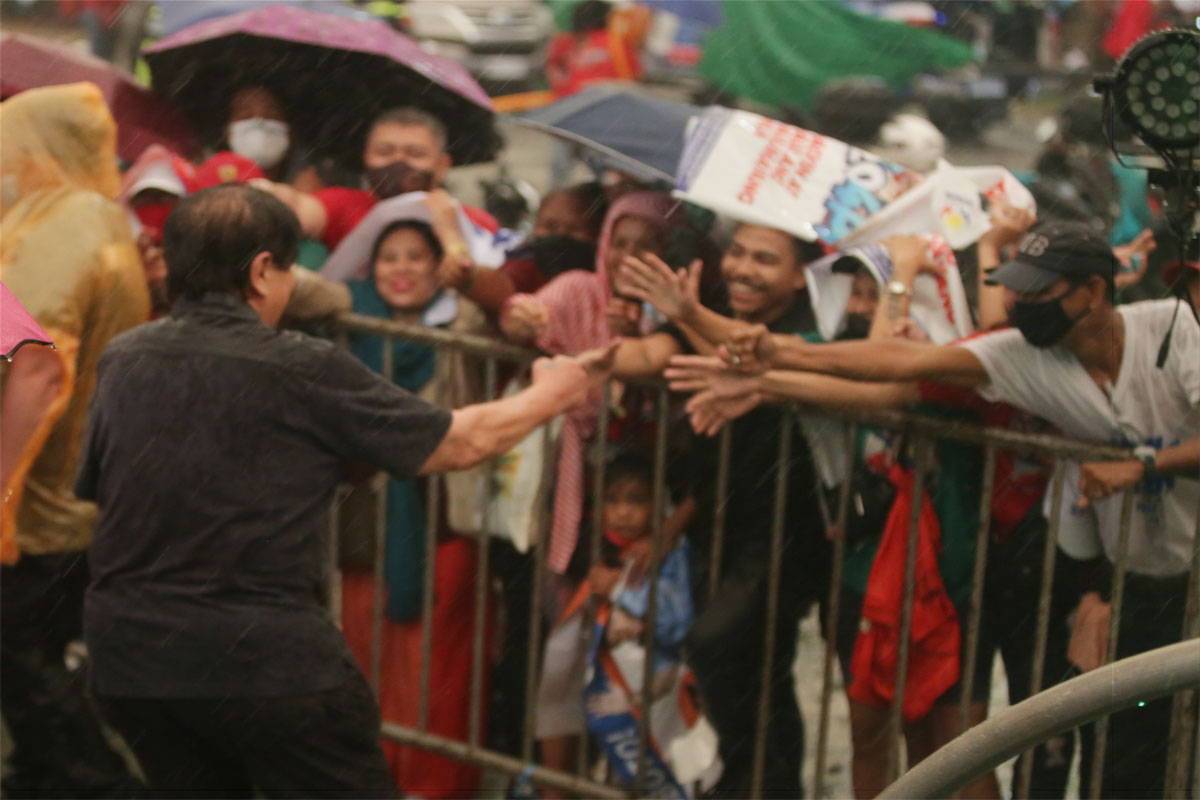 THE people of Mindanao have shown their commitment and support for presidential frontrunner Ferdinand “Bongbong” Marcos Jr. (BBM) and the UniTeam, when they stayed amid a heavy downpour to greet and get a glimpse of him during the second day of the ticket’s scheduled rallies in the region.

In Sultan Kudarat, despite not having a scheduled caravan, tens of thousands still lined up on the streets wearing their red shirts while holding their tarpaulins proclaiming their support for him while loudly playing his campaign theme song “Bagong Lipunan”.

In a chance interview, Marcos, the Partido Federal ng Pilipinas (PFP) standard-bearer described the reception of the Mindanaoans as “exceptional and one of a kind”, after he saw the people’s warm welcome for him and his running mate Inday Sara Duterte despite the harsh weather.

He narrated that Mindanaoans are close to his heart as he has some relatives who reside in Davao and in Sultan Kudarat, the main reason why he always feels at home whenever he goes to the said provinces.

Marcos told the UniTeam supporters that they still have a lot of work to do and vowed to uplift the lives of poor Filipinos after he is elected in the scheduled May 9 elections.

Overall, the UniTeam’s sorties in different provinces were hugely successful despite the inclement weather.

He made courtesy calls to different local leaders and officials like Mayor Ronnel Rivera of General Santos, Gov. Nancy Catamco of North Cotabato, Gov. Bai Marriam Mangudadatu of Maguindanao, and Gov. Suharto Mangudadatu of Sultan Kudarat where he presided in the inauguration of their Lambayong City Hall.

More than 300 doctors who called themselves “UniTeaMD” also expressed support for their candidacies.

All local officials who met with them were confident that the BBM-Sara tandem will win their respective candidacies even as they believed that the duo is the leader best fit to lead the country in the next six years.