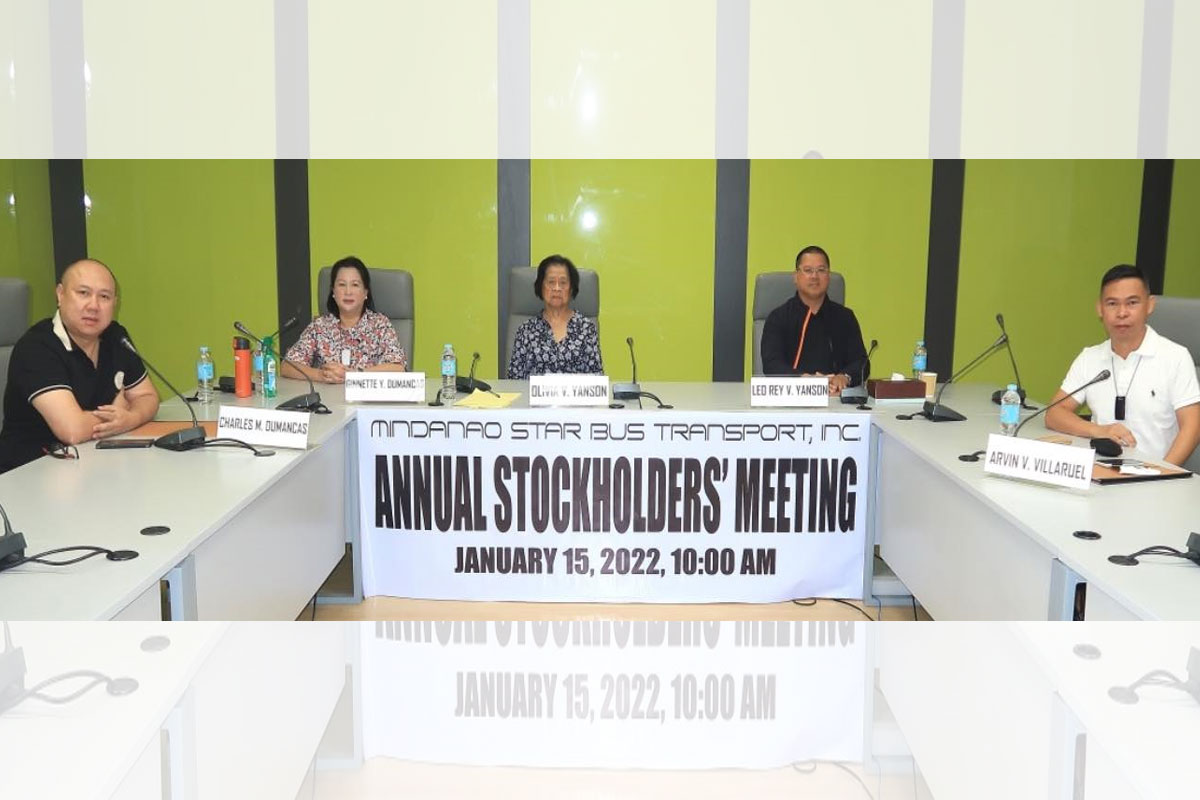 Mindanao Star Bus is a public transport firm plying the routes of Mindanao.

The board held an organizational meeting thereafter and Leo Rey V. Yanson was re-appointed as chairman of the board and president of MSBTI and Olivia V. Yanson as corporate secretary and treasurer.

Olivia was appointed last year by a Bacolod court to be the special administrator of the estate of her late husband Ricardo B. Yanson.

Despite the proper and timely notices given, stockholders Roy V. Yanson, Ricardo V. Yanson Jr., and Emily V. Yanson were absent during the meeting.

Roy, Emily, and Ricky are believed to be unable to attend the meeting because they are abroad together with their sister Celina Y. Lopez.

A company statement issued to media said the four siblings were facing several outstanding warrants of arrest for carnapping and grave coercion issued by the courts of Bacolod City.

Warrants of arrest were also recently issued against Emily for the crimes of perjury and falsification by Bacolod and Cagayan De Oro courts.

Leo Rey V. Yanson, the re-elected chairman and president, said that despite the challenges faced in 2021, MSBTI remains strong and resilient.

“It continues to be steadfast in its goal to serve the Filipino people. MSBTI remains committed to providing the riding public with the most reliable means of public transportation for all,” he said.

The newly re-appointed board is also excited to see how they can continue to push boundaries to provide quality transportation to every Filipino despite the challenges of the pandemic.