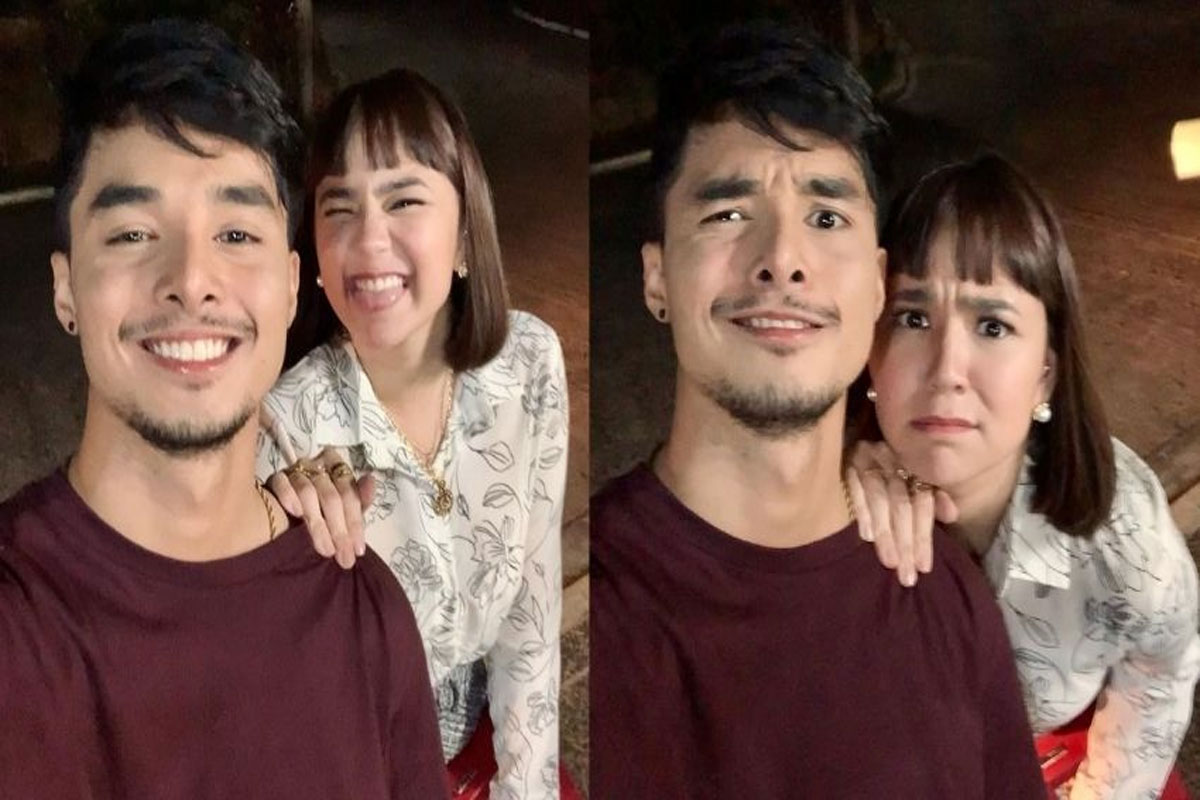 MIKEE Quintos was paired with Kelvin Miranda in “The Lost Recipe” and with Sef Cadayona in “Pepito Manaloto”. She now gets a new partner in Dave Bornea, her leading man in the new GMA Afternoon Prime drama series, “Apoy sa Langit”.

“It’s nice to be paired with different actors kasi I prefer na hindi ako identified sa isang ka-love team lang,” she says. “I learn a lot from the people I work with. Lahat sila, may naitutulong for me to get better in my craft.”

But off cam, it’s said Mikee is now playing beautiful music with Kapuso actor Paul Salas, the ex of Barbie Imperial. In “Apoy sa Langit”, Mikee plays the role of Ning, the daughter of Maricel Laxa and Ramon Christopher who gets crushed when her dad suddenly died then her mother remarried to Zoren Legaspi. She will later discover that her stepfather is actually having an affair with a much younger woman, played by Lianne Valentin.

“After ‘Pepito Manaloto’ na comedy, heavy drama naman itong ‘Apoy sa Langit’. It’s my first time to work with most of my co-stars and I really learning a lot from, specially Tita Maricel Laxa who is such an accomplished award-winning actress. Napaka-effortless niya on camera. I’m so thankful napasama ako sa show na ito, what with Direk Laurice Guillen directing us. Para na akong nag-a-acting workshop while doing lock in taping for ‘Apoy sa Langit’.”

Does she think they have good chemistry on screen? “Well, according to the people sa set, okay naman daw. Maganda ang rapport namin. But we are really working on it by making sure we portray our roles well, me as Ning and he as Anthony. Mas gusto naming makita ng viewers ‘yung characters we play and not us the actors.”

And what could Dave Bornea say about being paired with Mikee?

“It’s a blessing and I’m so grateful to be given the chance to work with her kasi she’s so generous when it comes to sharing her idea,” he says. “She’s very collaborative and we talk about how we can do our scenes together effectively. Kung ano ang okay at tama, at kung ano ang hindi. Sobrang gaan niyang kasama sa set so after each scene, I always say thank you to her.”