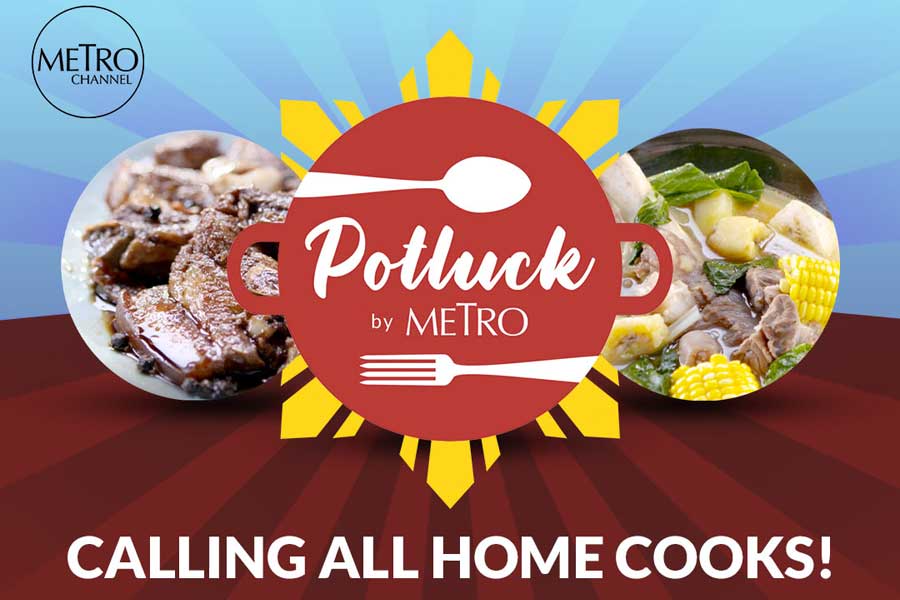 FILIPINO culture and heritage will take center stage in the second season of Metro Channel’s “Potluck,” as home cooks get to show off their staple and beloved Pinoy recipes in the cooking show.

In celebration of the Philippine Independence Day, Metro Channel spotlights the rich flavors of local cuisine and painstaking methods of preparation as demonstrated by creative Pinoy cooks themselves.

Filipinos who are 20 years old and above and are currently residing in the Philippines can send in their home cooking video featuring a local dish—which can be anything from a unique take on a Pinoy classic like adobo or sinigang to a prized heirloom recipe—until August 1 (Sunday). Recorded cooking videos must be in a landscape format with good audio and video quality and with no music and graphics.

Submit your home cooking videos to http://bit.ly/PotluckSeason2 for a chance to win prizes and be featured on Metro Channel’s “Potluck”! Metro Channel is available on SKYcable channel 52 (SD) and channel 174 (HD), Cignal channel 69, and GSAT channel 70.