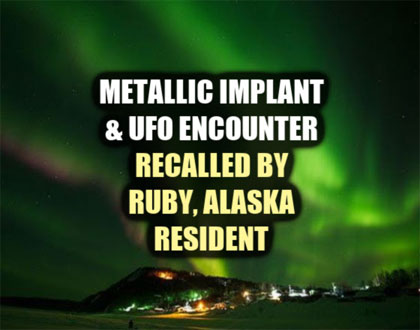 A Ruby, Alaska resident was out conducting a night hunt, when he soon experienced a sudden sharp pain in his left leg. Years later, it was discovered that a metallic object was implanted in his leg.

Roger McCarty has spent his life living in very remote Ruby, Alaska. It was a very isolated spot in the dense woods. No roads. He lived off the land at his small cabin along the Yukon River.

One night in mid February 1999, he found he couldn’t sleep and decided to head out and do some night hunting, looking for wolves. He often did night hunts so it was nothing he feared. It was between 15F to 20F below, he recalled. He headed on his Skidoo and a little while down the trail, he started to feel watched. He got an eerie feeling and it gave him the chills. It was something he had never felt before. He decided it would best to head back.

All of a sudden, something stung him on his left leg. He grabbed his leg in pain. Whatever it was, it burned. He decided he needed to leave and he fought the pain and travelled back through the snow to his cabin. Upon arriving home, he pulled off his pants and discovered a bloody wound on his left leg. He felt around and noted it felt like he had BB in his leg.

Suddenly he was drawn to the front window of his cabin and saw that light seemed to be coming from straight above. It was the brightest white light he had ever seen and it lit up the entire yard like daylight. There was no sound, so he knew it wasn’t a helicopter. Then the light turned off. He felt bewildered and tired, and instead of treating his leg, he crawled into bed and went to sleep.

After laying in his bed, he then found himself waking up on an operating table. He was shivering cold, and has his arms pressed against his body trying to save heat. He slowly turned his head and observed other “people” there around him. He remembered thinking, ‘I want to go home.’ His next memory was waking the up in his bed. It was morning. Dream?

For 20 years he carried that object in his leg. He was afraid to tell anyone for fear they would think he was crazy. Years later, he was watching a show on TV in which a doctor removed an implant from a person’s leg that was believed to have come from aliens. A light went off in Roger’s head. 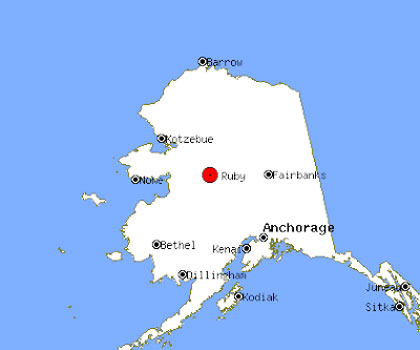 He reached out to the Discovery Channel to tell his story and the producers put him in touch with a doctor, Van Ravenswaay, who agreed to examine the spot. He determined with the help of a radiologist that indeed something metallic was inside Roger’s leg. Ravenswaay check the radio frequency of the object. The level spiked to 14 when placed next to the left leg compared to the 2 and 3 in the rest of the room and body. Even the doctor, a skeptic, found it “weird.”

The operation was carried out and the object was removed. The doctor was quick to check the frequency again and it was determined that his left leg was now down to 4, so it was clearly the object causing the spike. Though, it got even weirder when a check of the object also turned up a 4. Roger noted that it seemed like the object had been switched off once it was removed from his body. Ravenswaay reluctantly agreed that that seemed to be the case even referring to it as “freaky.” 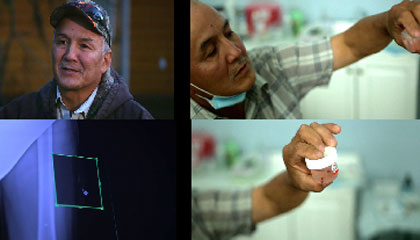 Strangers in the Night: Mind-Control & UFOs