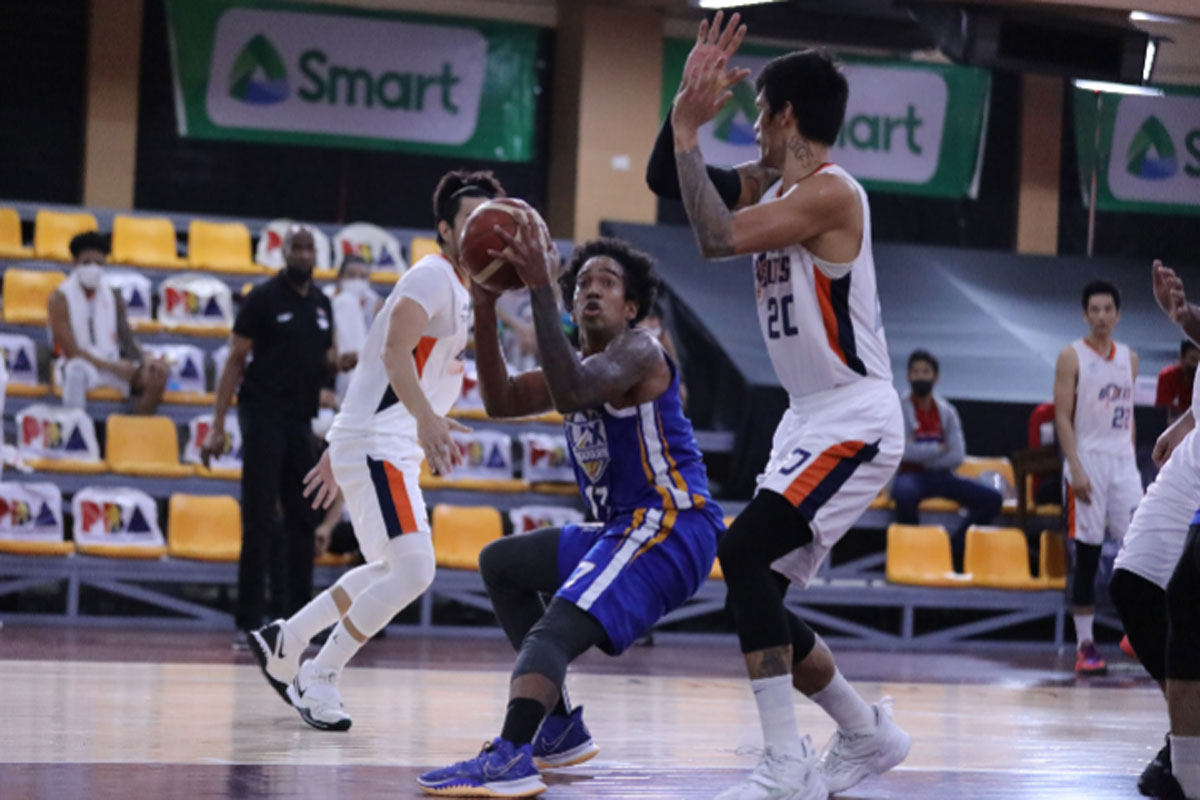 MERALCO survived a scare before beating NLEX, 104-101, to secure a twice-to-beat advantage in the quarterfinals of the 2021 PBA Philippine Cup at the Don Honorio Ventura State University in Bacolor, Pampanga.

Allein Maliksi finished with 22 points, rookie Alvin Pasaol added a conference- high 17 points and Raymond Almazan contributed a doubledouible of 13 points and 11 rebounds as the Bolts improved to 8-2 and assured itself of the No. 2 spot behind Talk N Text.

Meralco can now afford to lose its remaining game against defending champion Barangay Ginebra and drop into a two-way tie with Magnolia Pambansang Manok and still make it by virtue of its victory over the Hotshots.

Actually, the Bolts led by as many as 20 points.

But NLEX outscored Meralco, 27-15, in the fourth quarter behind the torrid shooting of rookie Alvin Oftana,who exploded with 34 points.

Meanwhile, the elimination round comes to a close with a crucial encounter between NorthPort and Alaska Milk.

The Batang Pier will gun for their sixth win in 11 matches against the Aces.

A win by the Batang Pierwould give them a Top Six finish and a spot in the best-of-three showdown.

More importantly, the Pido Jarencio-mentored Batang Pier would avoid the tough task of facing either top seed Talk N Text or No 2 Meralco and needing to win to games in a row to advance to the semis.

Jarencio is also hoping to get top guard Paolo Taha back in the crucial game against Alaska.

Taha missed NorthPort’s dramatic 91-88 overtime win over Rain or Shine last Sunday due to back spasm.

“Hindi siya makalakad dahil nagkaroon ng back spasm. But I hope he can play. Sana naman he can recover fast so he can help us,” said Jarencio.

The veteran NorthPort coach is also hoping to get another strong games from Greg Slaughter and Robert Bolick.

Slaughter finished with 25 points and 11 rebounds while Bolick added 24 points, six boards and seven assists as the Batang Pier redeemed themselves from a heartbreaking 89-90 decision to Magnolia last Friday.

“A lot of frustration the last time or any time you lose a game. But that just makes us hungrier for the next one. We’re trusting each other, we’re trusting coach Pido (Jarencio), we just pulled it together and moved on to the next one,” said Slaughter in an interview posted on the official PBA website.

In the 2 p.m. curtainraiser, Barangay Ginebra fights for dear life against Meralco.

The Gin Kings need to win over the Bolts to advance to the next round.

A loss, however, would put Ginebra in precarious position of having to go through a playoff or be eliminated outright depending on the outcome of the other games.

“We can’t be worried about the playoffs or the different scenarios. We can’t control what the other teams do, so we just focus on what we can control and that is our preparation,” said Ginebra coach Tim Cone.

“We’ll prepare the best we can and let the cards fall where they may.”