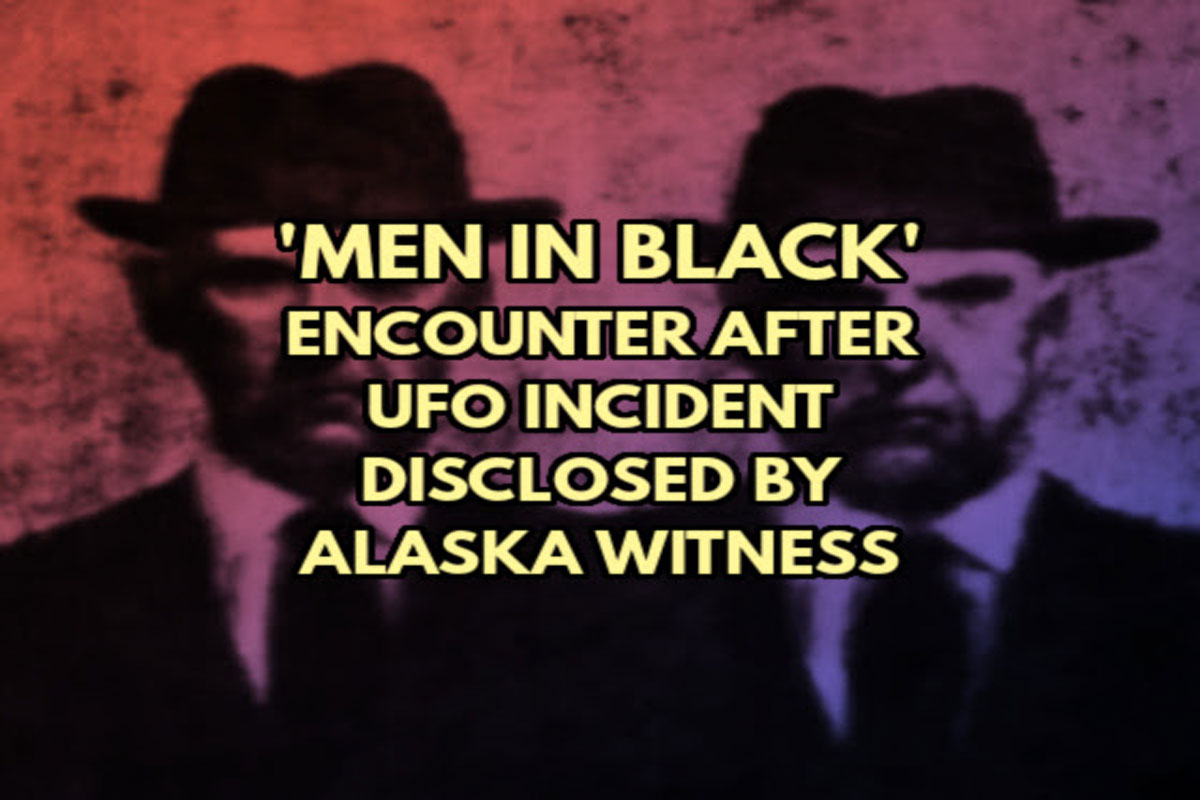 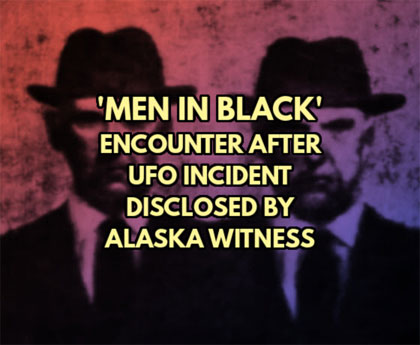 A North Pole, Alaska woman observes a massive, but silent, saucer-shaped craft hovering over her house. Other strange things occurred, including her being approach by ‘Men in Black’ asking questions.

In March 2018, in North Pole, Alaska, Renee Bullock had just gotten home from work when she noticed that her dogs were barking wildly at something. She described it as a “weird bark.” They had a look of fear and concern in their eyes. She tried to calm them and looked to see what might be stirring them up and causing them to act that way.

It was then she looked into the sky and observed something truly bizarre. Hovering nearby was an enormous, completely silent craft of some type. It had 4 lights, 40 feet apart and was saucer-shaped. It was so massive that she thought it could easily suck up her entire house. After some time, it eventually drifted away. When her husband came home, she told him of her weird sighting.

They assumed that was the end of it, but things would get even stranger.

About one week after her sighting, Renee and her husband noticed a massive communication tower had been erected not far from their home. One week it wasn’t there, the next week it was. It was shocking to the couple, especially since it was still very much winter. Renee and her husband were in the construction business and they understood how hard it was to do digging work in the winter and at the time it was 40 below, bitter and the ground was permafrost, yet someone felt it was extremely important to construct a massive communication tower that week, just a few days after a UFO appeared in the area. Bizarre. (Editors Note: I found some information pertaining to a company named Kintronic beginning installation of a 425 foot tower in March 2018, to be completed over the summer – not sure if this is the same one?).

Later, Renee was in ‘The Screaming Weasel Bar,’ a place she and her husband often frequented after work, when two men in black suits walked in and began asking her pointed questions regarding her UFO encounter. “They looked like ‘The Men In Black,’ I kid you not,” Renee noted. They asked her about what she saw and told her that they knew she saw something. Renee refused to tell them what they wanted, though she suspected they already knew everything and just wanted her to confirm it for them. The two men eventually left the bar and she never saw them again.