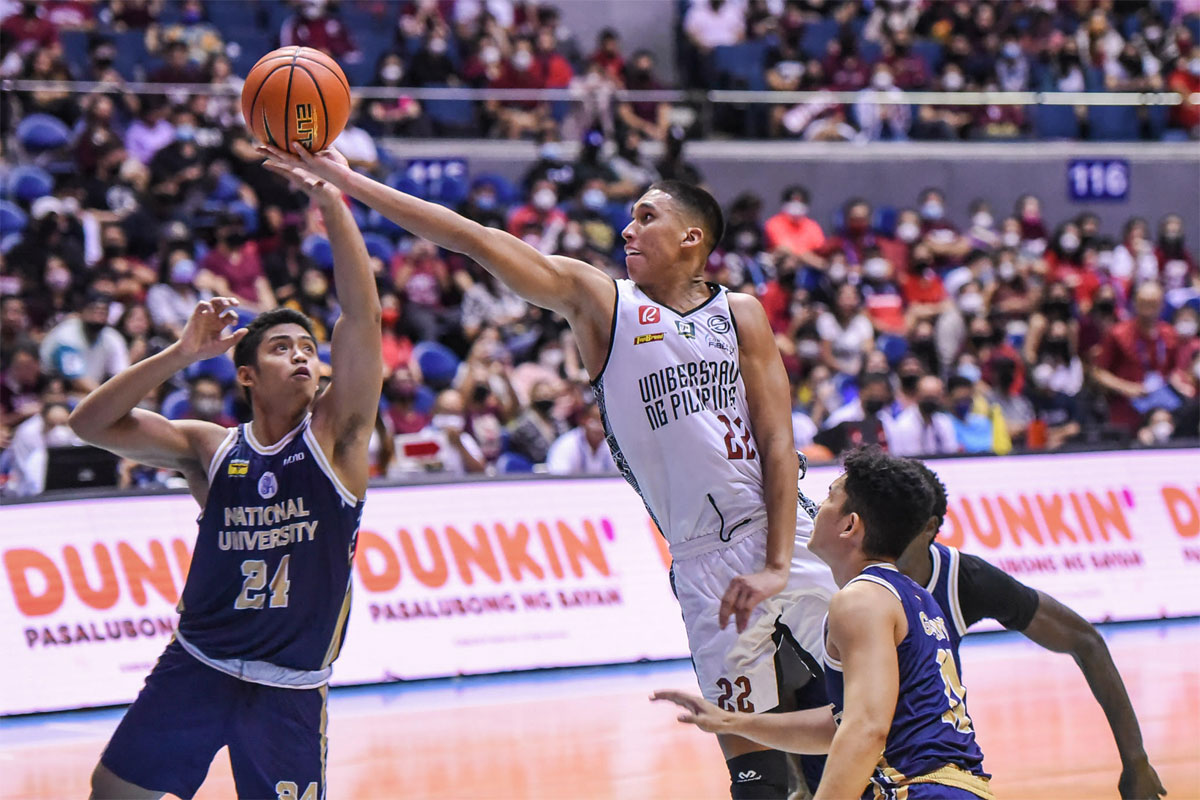 DEFENDING champion University of the Philippines avenged its lone loss of the UAAP men’s basketball tournament with a 75-63 victory over National University at the Smart Araneta Coliseum.

Cyril Gonzales starred in the Fighting Maroons’ telling 13-0 finishing run in the final 4:33 to log their seventh win in eight games, while sending the Bulldogs to their second consecutive defeat.

Earlier, Far Eastern University continued its rise from a 0-5 start, matching UP’s season-best three-game winning run with a 75-68 tripping of University of the East.

Scoring a total of nine points in the first six games, Gonzales, who was in the Fighting Maroons’ reserve list last season, dropped 12 of his 15 points in the payoff period.

Zavier Lucero, who banked in two buzzer-beaters in the first half, finished with 16 points, five assists and two steals, while James Spencer added 11 points, including the go-ahead basket that gave UP a 64-63 advantage at the 3:47 mark, and four assists.

The Tamaraws, who trailed by as much as 15 points in the first half, flipped the switch in the payoff period, erecting a 65-51 advantage on a Bryan Sajonia triple before fending off a last-gasp Red Warriors uprising to tie their U-Belt neighbors at 3-5.

In the women’s division, Kristine Cayabyab had 17 points, five rebounds, three assists and three steals while Camille Clarin chipped in 13 points, four assists and four boards to power seven-peat seeking NU to its 104th consecutive win following a 95-68 romp of UP.

The Bulldogs have lost two in a row to drop to third place at 5-3. NU’s setback allowed idle Ateneo (5-2) to seize solo second.

The Tamaraws recorded a season-low nine turnovers, three only came in the second half.

“I’m hoping we can do that on La Salle also,” said FEU coach Olsen Racela, as the Tamaraws will play the Green Archers on Wednesday in a game that could possibly determine their Final Four fate. “Kasi sila, they really force turnovers. I’m proud of what we did, especially with taking care of the basketball and sharing the basketball. 16 assists and nine turnovers, not bad.”

Xyrus Torres scored 22 points built around six triples and had five steals, while LJay Gonzales, the hero of FEU’s 47-44 win over NU at the end of the first round, contributed 14 points, eight assists, seven rebounds and two steals.