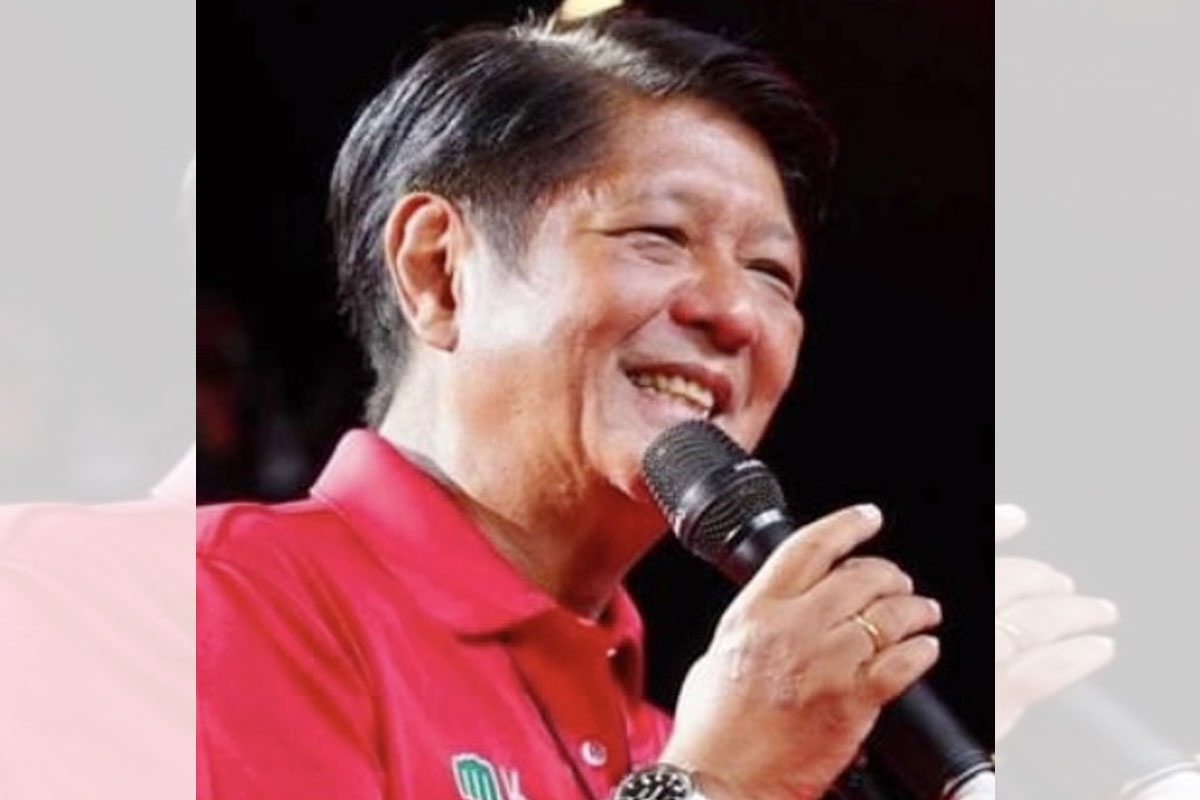 PRESIDENTIAL frontrunner Ferdinand ‘Bongbong’ Marcos Jr. will promote “mariculture” or marine farming to help fishermen recover from the pandemic when elected president in the May 9 national polls.

Marcos announced this recently during a virtual press conference with local newsmen from Bicol and Western Visayas regions as he lay down his plans for the agriculture sector as part of his priority programs to help affected fishermen recover from the effects pandemic.

“Sa mga mangingisda naman we will develop one of the exciting areas of fisheries that I think we can develop in the Philippines which is mariculture. That is already a very big market that’s very profitable,” Marcos said.

Mariculture or marine farming is being utilized in several parts of the country particularly in Pangasinan , but it is not yet known popular to many fisherfolks.

Mariculture in the Philippines refers to the culture of finfish, shellfish, seaweeds and other commodities in cages, pens, stakes and rafts in marine environment.

“We are only doing it, I think only in Pangasinan, may mariculture dun, we were producing fingerlings before in Ilocos Norte, dun namin dinadala sa Pangasinan, maganda talaga na possibilities diyan,” Marcos noted

Marcos also said that mariculture could be very productive particularly in our country as we are surrounded with fresh waters.

He also insisted that government support is vital in the said program to sustain the productivity of our fishermen.

“But all of these new techniques have to be developed and they have to be brought up to our farmers, our fishermen, our livestock raisers, lahat yan kailangan madala natin sa kanila, tapos kapag mag-start ng production, ay dapat may suporta din ang gobyerno,” said Marcos.

Marcos highlighted the need for an all-out support by the government to farmers and one of the first things he would do after he assumes office is to bring down the prices of fertilizers and provide technical and material assistance to them.

A call for restraint