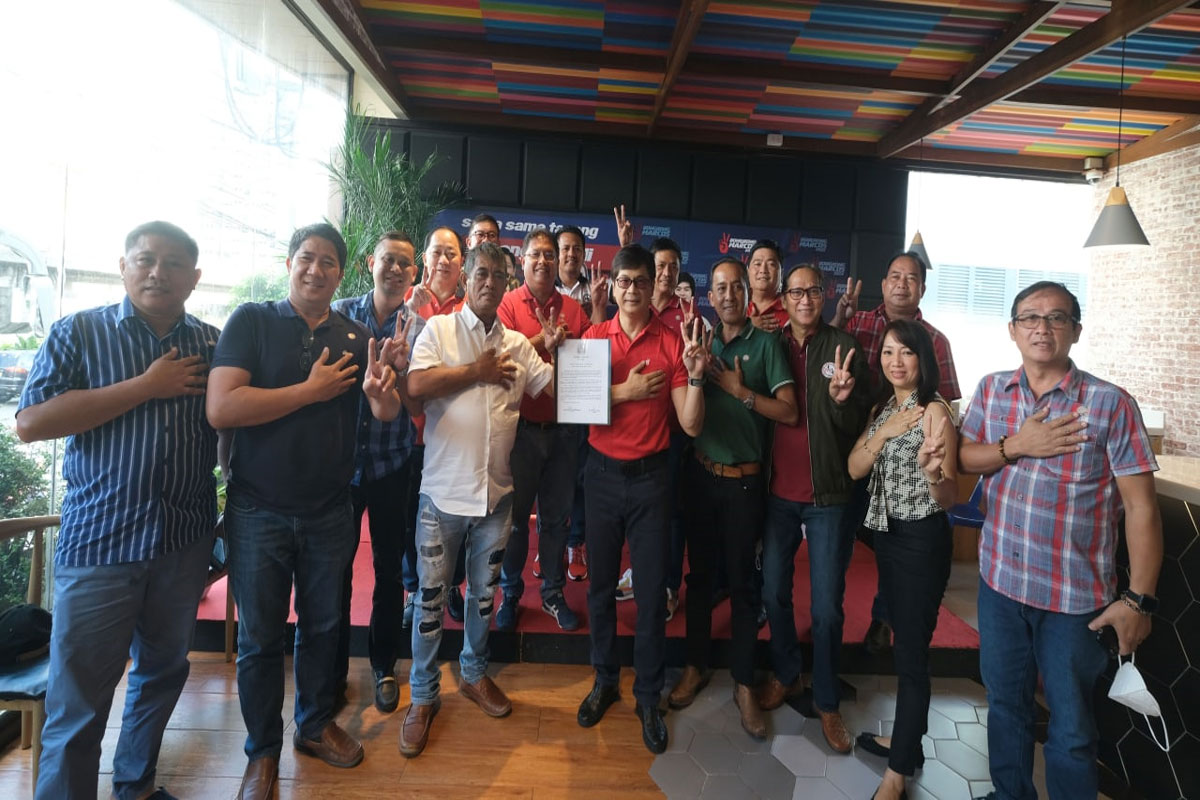 GRASSROOTS SUPPORT. Officials of Philippine Councilors League (PCL) expressed their full support for the BBM- Sara UniTeam, a formidable tandem that will champion local governance initiatives at the national level. A simple ceremony was held during their visit at the BBM headquarters last Friday.
Nation,

AT least 85 percent or 14, 600 of the 17, 177 municipal and city councilors nationwide have given their full support to the BBM-Sara UniTeam in the upcoming May 9, 2022 national polls.

In a simple ceremony at the BBM headquarters in Mandaluyong on Friday afternoon, officials of Philippine Councilors League (PCL) personally handed their signed manifesto of support to the candidacy of presidential frontrunner Ferdinand ‘Bongbong’ Marcos Jr., and his running mate Inday Sara Duterte.

“Securing 85 percent support from the 17, 177 municipal and city councilors nationwide favoring Bongbong Marcos for president and Inday Sara Duterte for vice president on the May 9, 2022 elections is sufficient to declare that majority of the legislators in our country prefer the BBM-Sara tandem that can further propel the reign of the next national government administration,” read the statement of support signed by Councilors Danilo Dayanghirang, PCL Chairman and Nelson Sala, PCL president.

“The BBM-Sara’s imminent victory is greatly considered an opportunity by the PCL to push for its many governance advocacies, in securing more special benefits (that) can cascade down the grassroots not only for the good of the PCL members but also for the Filipino people in general.

These 14, 600 councilors strongly believe that BBM-Sara will champion local governance initiatives in the national level,” it added.

For his part, former MMDA chair Benhur Abalos Jr., campaign manager of Marcos, personally welcomed the PCL officials as he thanked them for their support.

Abalos assured that the BBM-Sara UniTeam will give back to the country and its supporters if ever elected in the upcoming elections.