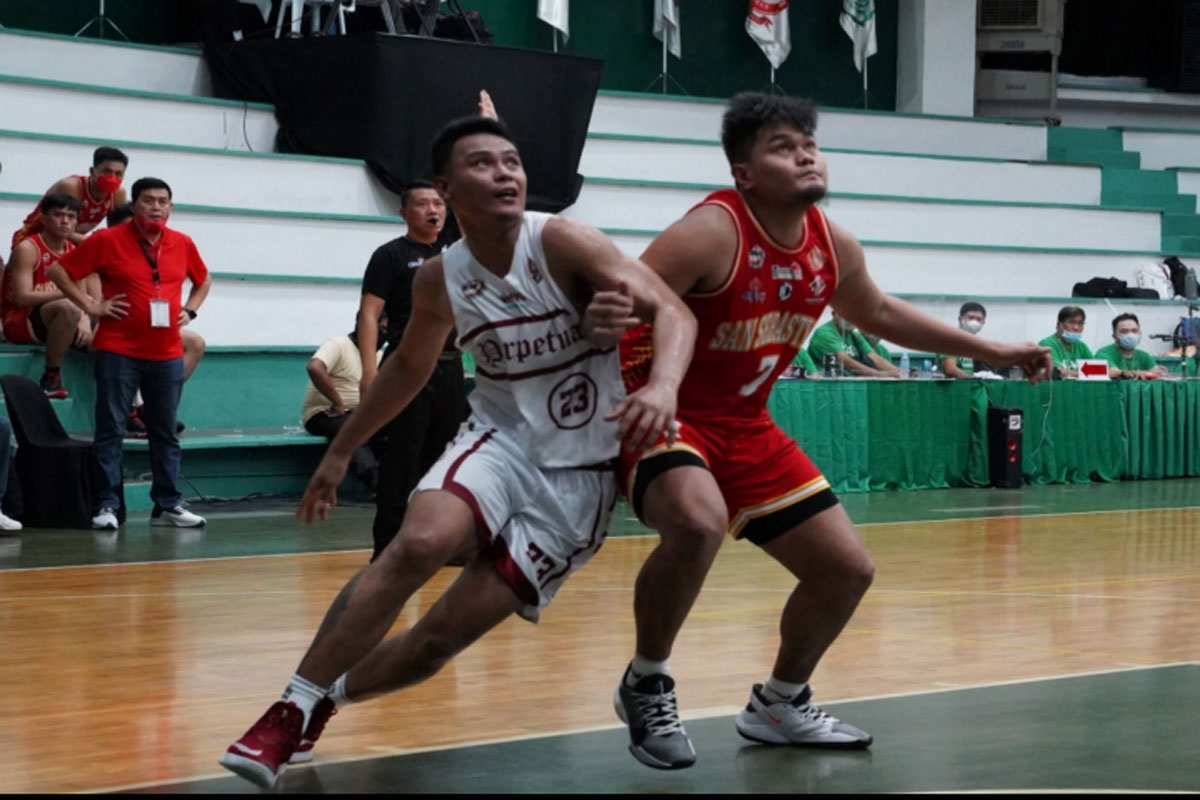 MAPUA overcame a stubborn Jose Rizal University side, 59-56, to force a three-way tie for the lead in the NCAA men’s basketball tournament yesterday at the La Salle Greenhills Gym.

A big triple by Paolo Hernandez gave the Cardinals a 57-53 cushion in the final 40.9 seconds that proved to be the game’s biggest basket.

Even though Hernandez went 3-of-11 from the field, coach Randy Alcantara just kept the faith on his ace shooter.

Earlier, San Sebastian turned to its defense to carve out a 63-58 victory over University of Perpetual Help System Dalta to enter the win column.

Hernandez still led the Cardinals with 13 points and seven rebounds while Warren Bonifacio posted a double-double outing of 12 points and 10 rebounds.

After Bonifacio scored two free throws for his team’s three-point lead, the Bombers tried to send the game into overtime but Jason Celis missed a triple in the dwindling seconds.

After allowing to score 20 points in the first three quarters, the Stags held Altas guard Jielo Razon to a two points – from the foul line – in the final 10 minutes of play.

Kim Aurin, who dropped 20 points in Perpetual’s 21-point victory over JRU, could only muster seven points on 3-of-11 shooting.

“Yung endgame nila, they will always have the mentality of na we have to play good defense and titignan natin yung offense natin and that’s what’s happened,” said coach Egay Macaraya after San Sebastian rebounded from its season-opening 63-65 loss to Arellano.

JM Calma, Rommel Calahat and Ken Villapando conspired in the Stags’ 9-0 run to build a 63-55 advantage with 33.1 seconds remaining.

Calma had 14 points, nine boards and two blocks while Ichie Altamirano was the other Stag in double digits with 12 points.

The Bombers, who were led by JM Delos Santos’ 11 points and eight boards, have lost two in a row. JRU dropped in a tie with Emilio Aguinaldo College and Lyceum of the Philippines University at the bottom of the 10-team field.