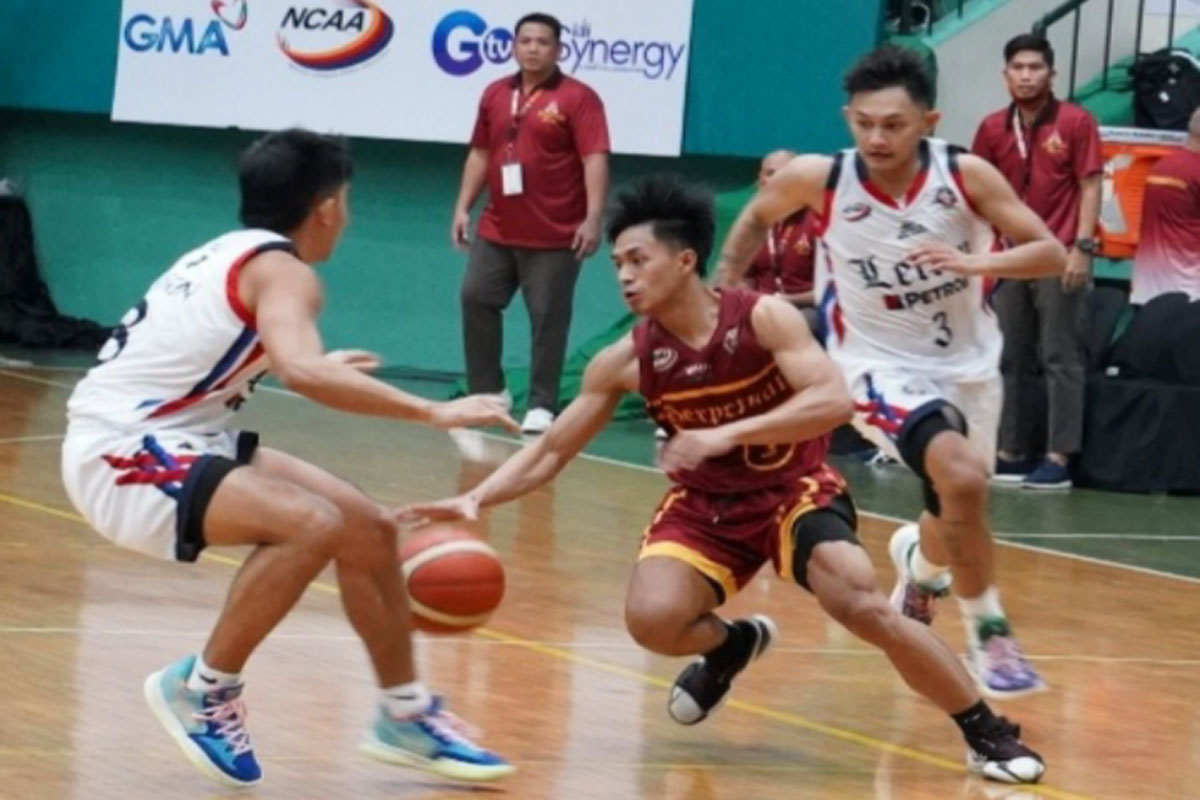 MAPUA seeks to force a three-way tie for the lead, while College of Saint Benilde shoots for its third straight win in an interesting NCAA men’s basketball doubleheader today at the La Salle Greenhills Gym.

The Cardinals seek to extend their perfect run to three games against San Sebastian at 12 noon, while the Blazers take on Emilio Aguinaldo College at 3 p.m.

At 2-0, third-running Mapua is just half-a-game behind co-leaders Letran and San Beda, while CSB 2-1 is sitting in fourth spot and is not far behind the pacesetters.

Cardinals coach Randy Alcantara is bracing for a grind-it out defensive battle with the Stags, who have split their two games this season.

After a narrow season-opening loss to Arellano University, San Sebastian entered the win column with a 63-58 tripping of University of Perpetual Help System Dalta last Friday.

Holding high regard of the Cardinals, coach Egay Macaraya wanted his Stags to elevate their game a notch higher if they wanted to remain at the upper half of the standings.

The Blazers are looking good under new coach Charles Tiu, winning two in a row after a tough opening day loss to the back-to-back title-seeking Knights.

“I guess I’m happy with every win, you know. Thank God, thanking the Lord in every win we can get,” said Tiu. “Yeah I’m still a little bit upset about losing to Letran when we had a chance to win that game.

“At this point we are happy from where we are. We will take any game we can. Our focus is to play better every game. Hopefully we could continue to play better,” he added.

Tiu is aware of what the Generals, who despite their 1-2 record have been very competitive this season, can offer.

“They EAC. They have some veterans like Marwin Taywan. Then of course, coach Oliver Bunyi who is a veteran coach. I have respect for coach Oliver. They are a tough team, man,” said Tiu.

“As I have been saying, all the teams this season are pretty much in the same level. No game is a sure win. We have to prepare equally as hard as Letran, San Beda or any other team,” he added.

Coming off a 70-69 win over Lyceum of the Philippines University last Sunday, EAC needs to match CSB’s intensity if it wants to continue its good showing this season.

“Para sa akin, Benilde is a top contender. I saw them play and they are very good team. They are very fluid. They have a very good coach and their system is really good,” said Bunyi.