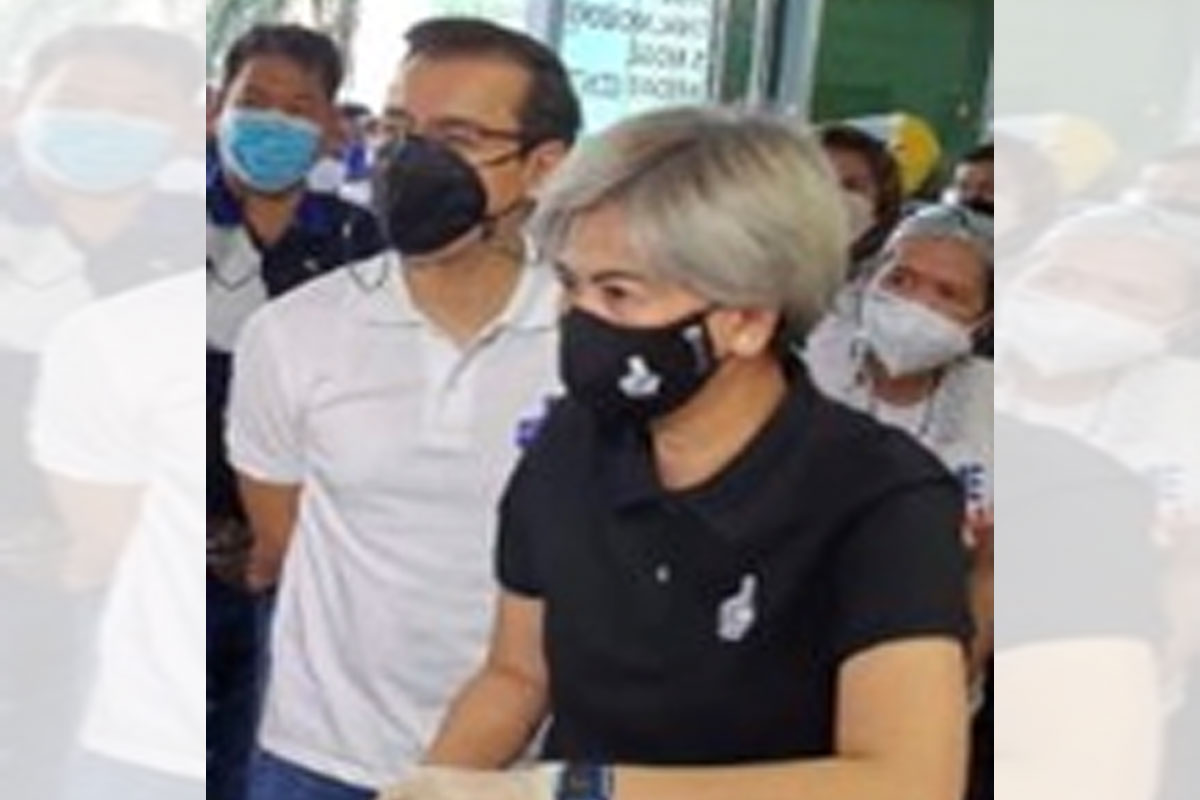 Mayor Isko Moreno and Vice Mayor Honey Lacuna in one of the vaccination sites for eligible minors. Behind Moreno is Maj. Jerry Tubera of the MPD-Dagupan police community precinct. Photo by JERRY S. TAN
Metro,

THE Manila city government yesterday began expanding its coverage of minors who are eligible to get the anti-COVID shots by designating more vaccination hubs.

Mayor Isko Moreno said that in addition to the six city-run hospitals and four huge shopping malls that have been utilized as vaccination sites since the national government gave the green light for the inoculation of those aged 12 to 17, six public high schools were also used for the purpose beginning yesterday, November 12.

The Aksyon Demokratiko presidential bet said that as of November 12, a total of 97,989 eligible minors have already pre-registered with the www.manilacovid19vaccine.ph.

The mayor assured that with no less than Vice Mayor Honey Lacuna at the helm of the city’s mass vaccination program, those who pre-registered will be inoculated in no time.

According to Moreno, the adults must consider to provide their family members who are aged 12 to 17 the same protection that they got when they took the COVID jabs.

In fact, Moreno said he is proud to announce that in just 12 days, the vaccinating teams led by Lacuna and Manila Health Department chief Dr. Arnold Pangan were already able to vaccinate a total of 44,388 eligible minors.

The mayor said that the city government was able to comply with the national government requirement to hold the initial mass vaccination in the hospital.

From there, the city government expanded the mass vaccination to the shopping malls and in order to ramp up the inoculation as the online registration of those interested to get jabbed increased, the vaccination efforts are now also being brought nearer to the communities by utilizing public high schools.