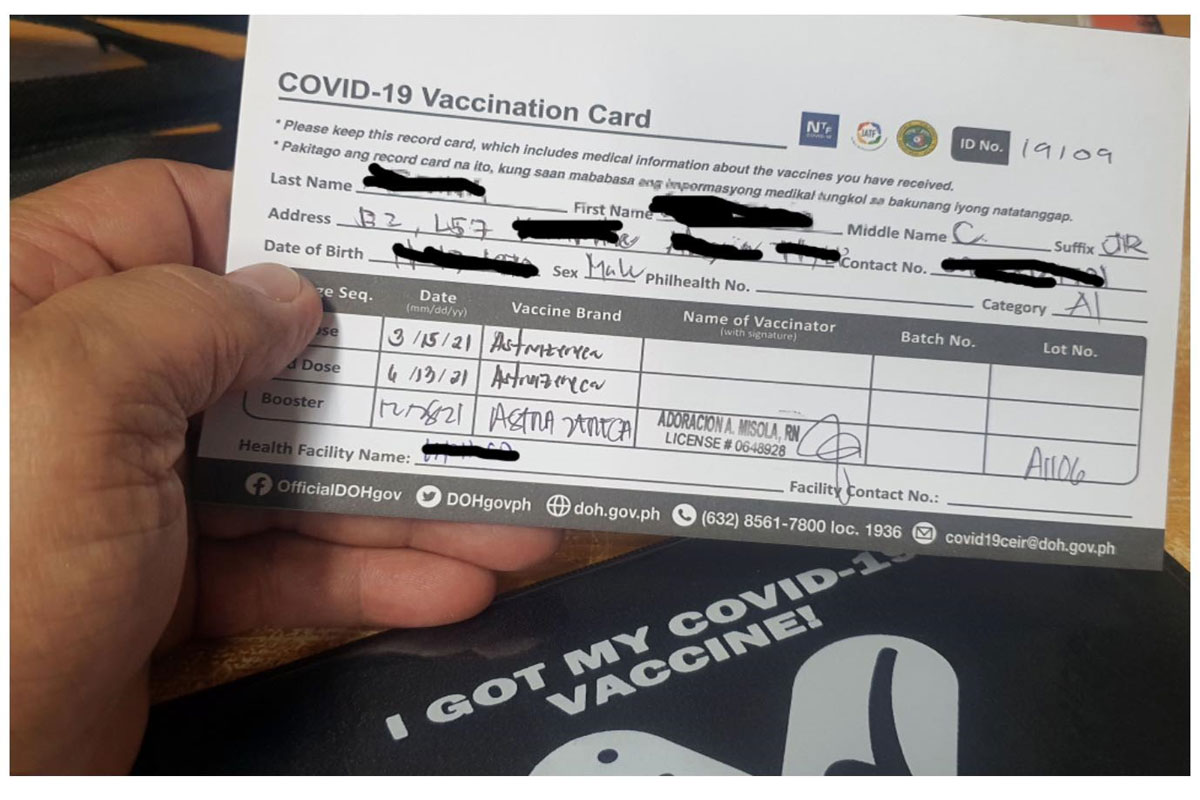 ROSARIO, Cavite — A man was caught forging a vaccination card in an entrapment operation conducted by Intelligence Operatives of Rosario Police at his house in Barangay Wawa 1, Thursday, January 20, 2022.

The said suspect was arrested in the entrapment operation conducted by local authorities against the suspect for falsification of public documents, after receiving P200.00 marked money and recovered from his possession are 2 pieces of short bond paper with a printout of COVID-19 vaccination card, and 2 pieces of name stamp.

The operation stemmed from the complaint of the Rural Health Unit of Rosario, Cavite about the suspected illegal activity of printing counterfeit Covid-19 vaccination cards bearing the name of their office.

The suspect is now under police custody, facing falsification of public documents and RA 11332 and a criminal complaint is being prepared according to officer-on-case Police Corporal Ricardo Mendoza Jr.

2 most wanted men in Bataan fall