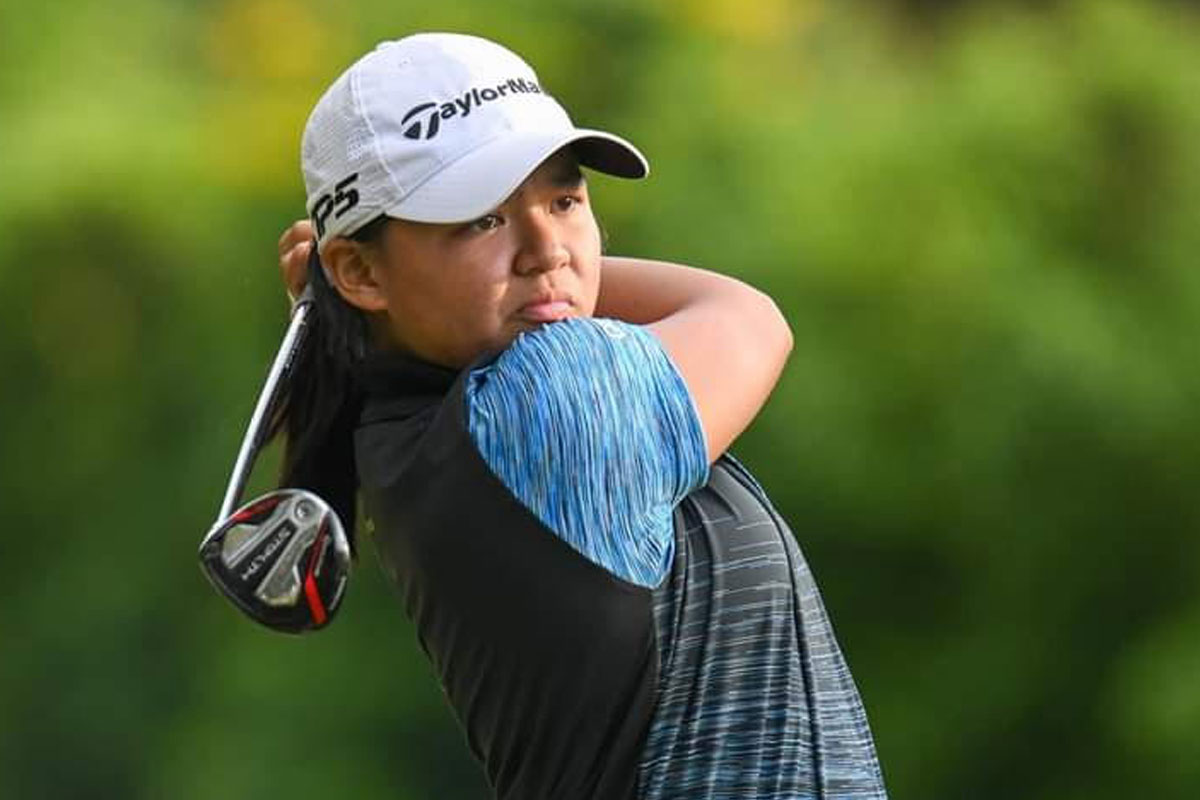 RIANNE Malixi turned last week’s playoff setback into a winning drive, dominating the women’s side by three while Edison Tabalin essayed a stirring come-from- behind victory in men’s Class A as the Filipino bets swept the Thailand Junior World Golf Championships in Hua Hin.

Malixi, 15, saved her best for last, churning out a four-under 68 to beat local ace Udkamtiang Ausanee with a 72-hole total of three-under 285 that included rounds of 70, 73 and 74 as she logged another victory in a prolific season.

Tabalin later completed the Philippines’ domination of the premier division as he holed out with a pressure-packed par to save a 74 and beat Liberto Lapassapon by two on a 299 total.

Earlier, two strokes ahead of top Thai bet Thapasit Thitikarn after three rounds, the ICTSI-backed Malixi bounced back from every miscue at the backside of the tough Royal Hua Hin layout where she teed off, hitting back-to-back birdies from No. 11 after a bogey on No. 10 then rattling off two more on Nos. 15 and 18 after yielding a stroke on the 14th.

She pulled away by four with three birdies in the first six holes at the front with her last mishap on No. 7 failing to stymie her title romp that more than made up for her sudden death loss to Vongtaveelap Natthakritta, 20, in the Thailand Amateur Open that saw the two-time AJGA (American Junior Golf Association) champion rally from four down in the last 18 holes to force a playoff in Bangkok.

“I played well in the Thai Amateur and it gave me confidence this week,” said Malixi, who also won three pro titles on the Ladies Philippine Golf Tour this year after closing out the 2021 LPGT season with a runaway 15-shot triumph at Midlands last December.

“I played great today (yesterday) and made the putts that mattered. I was just staying in the present and didn’t put to thought the win,” added the Royal Northwoods stalwart.

Next up for Malixi, mentored by coach Rick Gibson and supported by Sky Flakes and Lola Nena’s, is the Women’s Amateur Asia Pacific beginning Thursday (Nov. 3) at the Siam Country Club in Pattaya.

With Thitikarn failing to match Malixi’s frontside charge, Ausanee took the challenger’s role but could only match the Filipina ace’s four-under card.

She actually pulled within one with a solid 32 at the back but settled for a frontside 36 and finished with a 288.

The other Filipino bets, however, struggled in other age-group brackets with Shinichi Suzuki and Reese Ng ending up sixth in women’s Class B with a 75 for a 312 with French Louise Landgraf completing a wire-to-wire triumph with a 287 after a 72.

Tabalin, whose 79 start dropped him to joint 12th Thursday, hardly gained with a 76 in the second round but moved within two off compatriot and third round leader Jacob Cajita with a best 70 Saturday.

As Cajita floundered with backside 41, Tabalin grabbed the lead with a two-birdie, one-bogey card then bucked a shaky frontside windup of bogeys on Nos. 5, 7 and 8 with a clutch closing par to clinch the victory.

Lapassapon threatened to within one heading to No. 9 but fumbled trying to force a playoff with a birdie, ending up instead with a bogey for a 76 and a 301 for joint second with Cajita, who wound up with a 78.