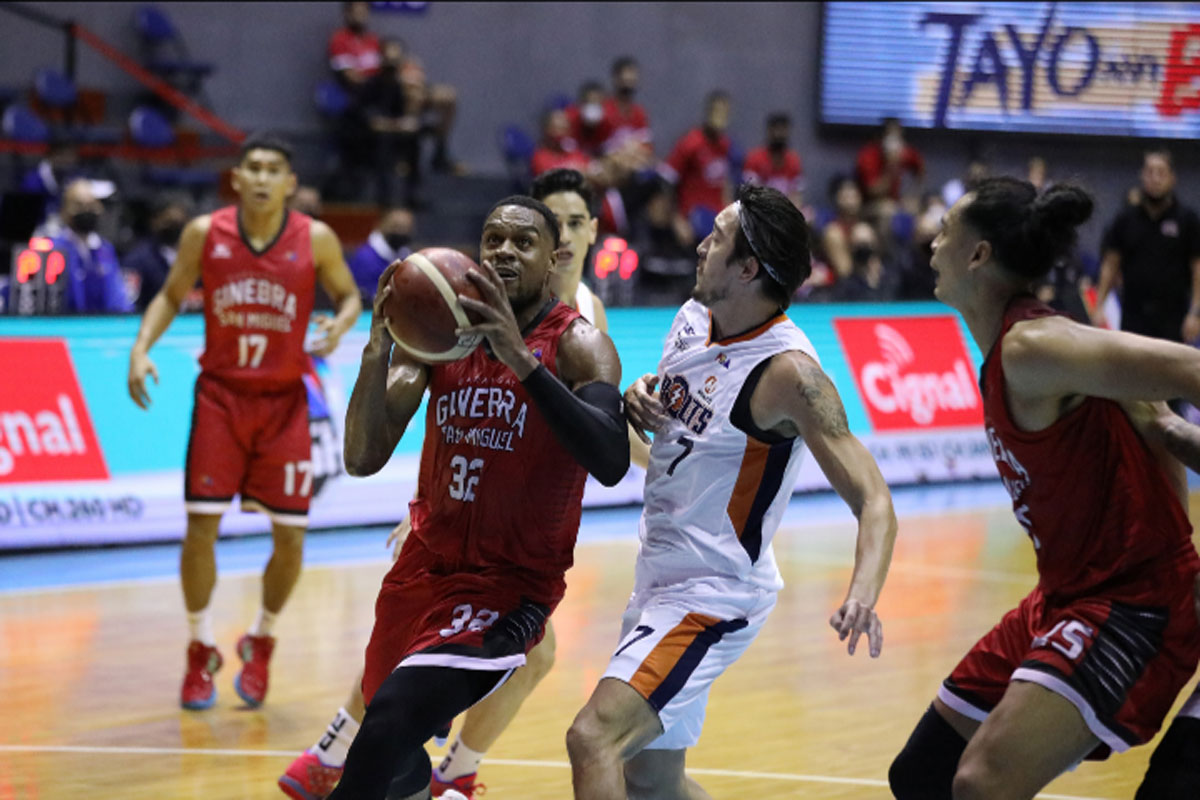 Justine Brownlee of Barangay Ginebra dr8ves against Cliff Hodge of Meralco during their PBA game at the Smart Araneta Coliseum.
Basketball,

MAGNOLIA Pambansang Manok seeks to extend its winning streak to five games when it takes on skidding NLEX in the PBA Governors’ Cup at the Smart Araneta Coliseum.

Game time is 3 p.m. with the Hotshots hoping to break out of a tie for the top spot with Meralco and NLEX seeking to end a two-game losing skid that followed four straight victories.

Magnolia coach Chito Victolero was the first to admit that beating an NLEX team eager to break a two-game slide will be easier said than done.

“It will be tough. NLEX is hoping to bounce back after two losses so we need to be ready for the energy they will bring into the match,”said Victolero.

His counterpart, NLEX coach Yeng Guiao, claimed lack of energy in their previous game resulted in an early 20-point deficit against Meralco which they failed to overcome in the end.

“We need good energy from the start. We could not dig ourselves out of the hole early on in our last game. We can’t make the same mistake again,” explained Guaio.

Both teams will be missing key pieces going into Wednesday’s action.

Magnolia is expexted to miss Calvin Abueva, who suffered a left calf strain which should sideline him for two to four weeks.

NLEX will also play without Anthony Semerad (calf strain) and rookie Calvin Oftana (fractured hand), who both suffered their injuries in the game against Meralco,

Alaska says goodbye to the PBA