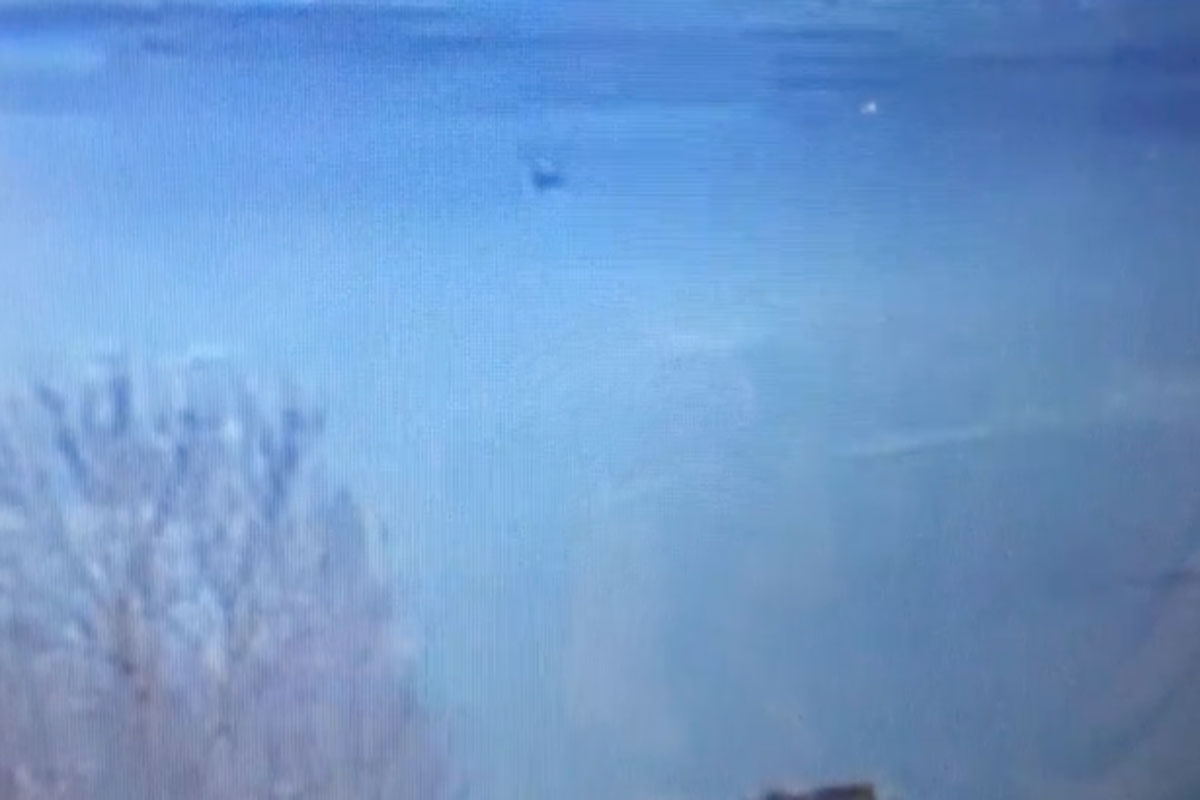 Caroline Barnett, 42, from Farmborough, claims to have seen the mythical Scots creature online while watching the Loch Ness Webcam

Laura Forsyth – Mirror Online
All the latest news, sport and celebrity gossip at Mirror.co.uk. Get all the big headlines, pictures, analysis, …

A woman believes that she has spotted the Loch Ness Monster ‘splashing around’ in footage taken on a live-streaming camera positioned by the water.

Sightings of the mystical Scottish beast have reached another record for this century after Caroline Barnett, 42, saw Nessie over the internet.

The business consultant from Farmborough, near Bath was tuning into the Loch Ness Webcam at 10.20am on Wednesday when she clocked something move up the loch.

She told the Daily Record: “It popped up and down – and kept doing it. It kept splashing about. It was quite a size – the size of a boat but it was hard to tell because it was the other side of the loch.

“I have been to Loch Ness a few years ago but never saw Nessie then. I didn’t know if I believed in her but this is certainly some Christmas present and quite a surprise. I took quite a few videos but my phone died. I don’t know what it is – it really is unexplained.”

Experts have accepted the images.

“Initially she thought it was a boat or similar but the object appeared animate and then disappeared into the water before reappearing. It was dark in colour and nearer the east shore of the loch,” said Gary Campbell, recorder of the Official Loch Ness Monster Sightings Register. 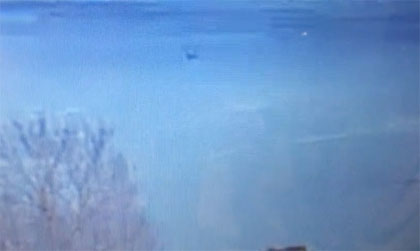 The sighting – the 13th this year – comes just six days a best-selling author saw a mysterious creature with a 4ft neck and a head “the size of a rugby ball”.

Ricky D Phillips, a British military historian – whose works include The First Casualty, The Untold Story of the Falklands War – said he was “baffled” by the sight.

Mr Phillips from Edinburgh also works as a tour guide and was leading a party of eight foreign tourists who went on a cruise on Loch Ness while he went a got a “chippy.”

It was as he rested at the River Oich, just as it flows into Loch Ness at Fort Augustus, that Mr Phillips saw the strange sight at 2.40pm.

“It was a grey creature – almost bird like – in a grey stretch of water. It’s neck was three to four feet long, a head the size of a rugby ball and a ridge across its eyes,” said Mr Phillips, 40.

“I was baffled. The previous Wednesday I had heard a strange noise as I was stood by a cafe at the edge of the loch in Fort Augustus. The noise sounded almost metallic, but like something was blowing air – like Darth Vader. 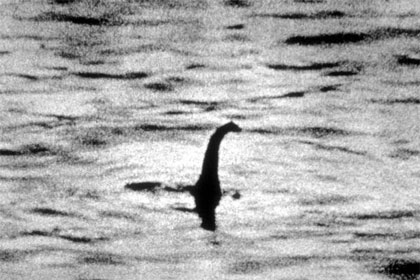 Could Nessie have made a festive appearance? (Image: Channel 5)

“I have swum and sailed with whales and dolphins, seen hundreds of seals, and it sounded like nothing I have ever heard. I spun around and saw something grey, just a side of a body and a flipper. Okay, this could have been something explainable, so I left quite interested but unsure.

“The noise was really weird though.

“Then last Thursday after my tour party went on their cruise I decided to take a walk along the river Oich, mainly to see the old bridge, and was taking a few pictures of the loch and the scenery when I again heard that curious noise.

“I looked up from my phone and saw a long, straight neck, all completely grey, and a narrow face, which was only about 20ft away and then it turned and disappeared all in a few seconds.

“I looked down and realised that it was in my picture, so zoomed in and there it was. It actually looks like a giant bird or a peacock in the face, with high ridges above its eyes and what almost looks like a beak.

“I know dinosaurs came from birds and that many had hard lips, almost like a beak – but this is simply what I saw. It seems to have almost a frill on its neck. It is very odd.

“All I will say is that, if I was going to fake a Nessie, I would certainly have made it look less like a bird and more like… well, more like what we think Nessie looks like!”

The image has been accepted by the Official Loch Ness Monster Sightings Register.

“It is a record year for seeing Nessie this century,” said Mr Campbell.

“Sightings are now at a level that were being recorded in the 1990s. There are more visitors to the Highlands now so that may have something to do with it.”

It was in 1996, Mr Campbell saw something resembling a “mini whale” – with a black shiny back – at the south end of the loch.

Since then Mr Campbell has researched and logged over 1080 sightings.

He accepted 14 sightings this year, but one referred to an image taken in 2015 and will be logged for that year – meaning that Nessie has been sighted 13 times in 2018.

In 2017 there were 11 sightings, then a record for this century.

According to Google there are 200,000 searches each month for the Loch Ness Monster.

The monster mystery was estimated recently to be worth £41m to the region.

Irish missionary St Columba is first said to have encountered a beast in the River Ness in 565AD.

Among the most famous claimed sightings is a photograph taken in 1934 by Colonel Robert Kenneth Wilson.

The image was later exposed as a hoax by one of the participants, Chris Spurling, who, on his deathbed, revealed that the pictures were staged.

A Secret Society of a Strange and Sinister Kind: The Cryptozoology Connection