Journal News / Mysterties / Lizard People: Do They Really Exist? Or is it All Garbage? 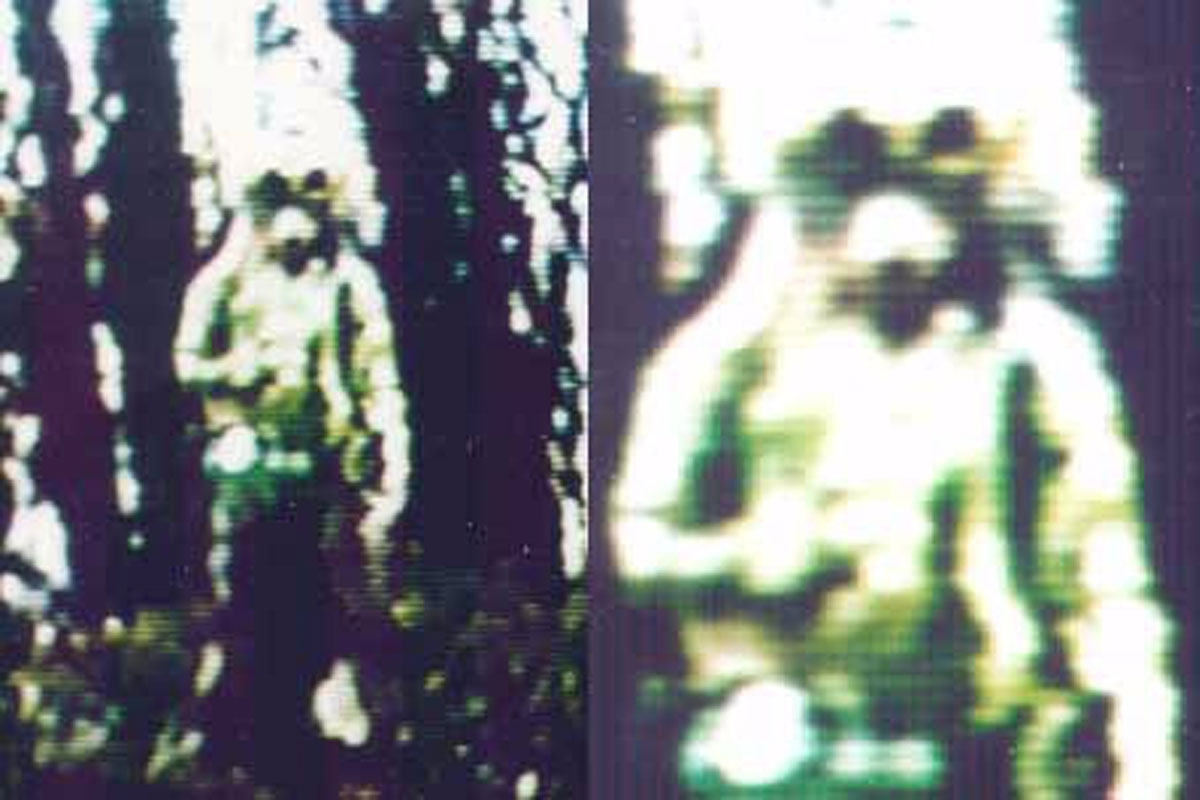 Lizard People: Do They Really Exist? Or is it All Garbage?

Now and again, I get asked about the whole “Reptilians” phenomenon. I guess it’s probably because I’m from the U.K., and also because of the tales surrounding the British Royal Family. There’s no doubt that when it comes to the matter of conspiracy theories, there is one controversial claim that just about beats all of the rest. It’s the claim that the British Royal Family are nothing less than deadly, bloodthirsty, shapeshifting monsters. “Bloodthirsty” is a very apt word to use, since the Royals are said to quaff on human blood just about as enthusiastically as the rest of us knock back our pints of beer in our local pubs. They are shapeshifters with incredible power and influence – so we are told. Welcome to the world of the Reptilians – seven-to-eight-foot-tall, inter-dimensional monsters that masquerade as people, but who are anything but people. At least, that’s how the story goes. Today, the so-called Reptilian agenda terrifies, intrigues and entertains near-endless numbers of people. And it’s a phenomenon that clearly isn’t going away anytime soon. Are the numerous people who comprise the British Royal Family actually shapeshifting reptiles with origins that date back millennia?

Is the entire issue nothing but the likes of fabrication, lies, pranks, and jokes? Or does it hazily lie somewhere in between? It all depends on who you ask – as is the case with practically all conspiracy theories of a highly bizarre nature. As for my opinion, I think the whole phenomenon of the “Royal Family-Reptilains” issue is total garbage. I should stress I’m not a fan of the Royal Family in the slightest, but believing that the Queen and Co. can morph into giant lizards is a crazy joke! Right? Well, for a lot of people, no, it’s not a joke. My view is that the U.K. doesn’t need a Royal Family. Let’s just have a Prime Minister. But, make it a good one. And not an inept one. Now, with all of that said, let’s get to the other part of the story. While I don’t think, at all, we have shapeshifting monsters in Buckingham Palace, there are some stories that make some people to look twice. And I’ll tell you why.

In the summer of 1988, a terrifying creature began haunting the woods and little towns of Lee County, South Carolina – and specifically the Scape Ore Swamp area. It quickly became known as Lizard Man, as a result of its alleged green and scaly body. For all intents and purposes, it was a case of Creature from the Black Lagoon come to life. A bipedal lizard roaming the neighborhood? Maybe, yes. On the other hand, research undertaken years later suggested that the Lizard Man was something far more akin to Bigfoot. We’ll return to the matter of Bigfoot shortly, but, first, some much needed information and background on the creature. It all began – publicly if not chronologically – when on July 14, 1988 the Waye family phoned the Lee County Sheriff’s office and made a very strange and disturbing claim. Something wild and animalistic had attacked their 1985 Ford. It looked as if something large, powerful, and deeply savage had viciously clawed, and maybe even bitten into, the body of the vehicle – and particularly so the hood. Somewhat baffled, the deputies responded to the call, nevertheless. Sure enough, the Wayes were right on target: their vehicle was battered and bruised in the extreme. In addition, there were footprints across the muddy area. It was clearly time to bring in Sheriff Liston Truesdale. There was a strong probability that the prints were those of a fox. Larger prints, also found, were suspected of being those of a bear – although some observers suggested they had human qualities.

In such a close knit neighborhood it didn’t take long before news got around and numerous locals turned up to see what all the fuss was about. It’s notable that Sheriff Truesdale told Bigfoot investigator Lyle Blackburn, who wrote the definitive book on the affair – titled, of course, Lizard Man – that: “While we were there looking over this situation, we learned that people in the Browntown community had been seeing a strange creature about seven feet tall with red eyes. Some of them described it as green, but some of them as brown. They thought it might be responsible for what happened.” The publicity afforded the Waye incident prompted someone who ultimately became the key player in the matter to come forward. His name was Chris Davis, at the time seventeen years of age. Chris’ father, Tommy, had seen the sensationalized coverage given by the media to the attack on the Hayes’ vehicle and contacted Sheriff Truelove. Specifically, Tommy took his son to tell the police what he had told him. It was quite a story.

Back in 1988, Chris was working at a local McDonald’s. On the night of June 29 – roughly two weeks before the Haye affair exploded – Chris was on the late-shift, which meant he didn’t finish work until after 2:00 a.m. His journey home ensured that he had to take a road across the swamp – and specifically a heavily forested part of the swamp. It was just minutes later that he had a blowout. Chris pulled up at a crossroads and, via the bright moonlight, changed the tire. As he finished the job and put the tools back into the trunk, Chris saw something looming out of the trees. Large, humanlike in shape, and possessing two glowing, red eyes and three fingers on each hand, it was something horrific. Chris panicked and jumped in his vehicle and sped off. Based on what Chris had to say next, that was a very wise move: “I looked back and saw something running across the field towards me. It was about 25 yards away and I saw red eyes glowing. I ran into the car and as I locked it, the thing grabbed the door handle. I could see him from the neck down – the three big fingers, long black nails and green rough skin. It was strong and angry. I looked in my mirror and saw a blur of green running. I could see his toes and then he jumped on the roof of my car. I thought I heard a grunt and then I could see his fingers through the front windshield, where they curled around on the roof. I sped up and swerved to shake the creature off.” 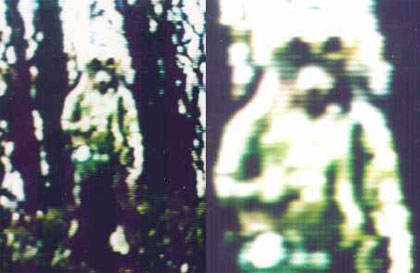 It was once suggested to me – anonymously and at least a couple of decades ago – that this is a photo of a Reptilian.

The reports didn’t end there: Sheriff Truelove received more and more reports, to the extent that a near-X-Files-style dossier was compiled. It was an official police dossier that contained the fascinating account of Johnny Blythers, who, on July 31, 1990, described for the Sheriff’s department the events of the previous night: “Last night about 10:30 p.m., we were coming home from the Browntown section of Lee County. It was me, my mother (Bertha Mae Blyther), [and] two sisters…I started talking about the time we passed the flowing well in Scape Ore Swamp. I said ‘they ain’t [sic] no such thing as a Lizard Man. If there was, somebody would be seeing it or caught it. We got up about a mile or mile and one half passed the butter bean shed, about 50 feet from the dirt road by those two signs, my mother was driving the car. It was on the right side, it came out of the bushes. It jumped out in the road. My mother swerved to miss it, and mashed the brakes and sped up. It jumped out of the bushes like he was going to jump on the car. When my mother mashed the brakes, it looked like it wanted to get in the car.” Johnny’s mother, Bertha Mae, gave her own statement on that terrifying drive through the spooky swamp: “This past Monday night I went to my mother’s house in Browntown to pick up my son. We went to McDonald’s on Highway 15 near Bishopville to get something to eat. We left there about 20 minutes after 10:00 p.m., was headed home and came through Browntown and Scape Ore Swamp…”

“We passed the bridge and was down the road near a mile. I was looking straight ahead going about 25 M.P.H., and I saw this big brown thing, it jumped up at the window. I quickly sped up and went on the other side of the road to keep him from dragging my 11 year old girl out of the car. I didn’t see with my lights directly on it. It nearly scared me to death.” Then there was the statement of Tamacia Blythers, Bertha’s daughter: “Tall-Taller than the car, brown looking, a big chest had big eyes, had two arms, Don’t know how his face looked, first seen his eyes (Never seen nothing like it before. I didn’t see a tail. Mother says if she hadn’t whiped [sic] over he would have hit her car or jumped on it. Mother said she was so scared her body light and she held her heart all the way home.” In addition, Lyle Blackburn has uncovered other reports of the beast – dating from 1986 to well into the 2000s. Two of the key players in this saga are now dead: Johnny Blythers and Chris Davis. The former in a car accident, in 1999, and the latter from a shotgun blast, the result of a drug deal gone bad, almost a decade to the day after Blythers’ death.

As for the legendary Lizard Man, what, exactly, was it? Certainly the name provoked imagery of a malevolent scaly, green monster. On the other hand, let’s not forget that there were references to the beast having a brown color. All of which leads us to Lyle Blackburn’s conclusions. To his credit, Lyle undertook a personal, on-site investigation and studied all of the evidence in unbiased fashion. He noted that, despite the undeniably memorable name, the various descriptions of the beast as being brown in color simply did not accord with anything of a reptilian nature. Lyle has suggested that if a Bigfoot dwelled in watery bottomlands, where it might become “covered in algae-rich mud or moss, this could explain its green, wet-like appearance. It doesn’t explain the three fingers, but greenish mud which has dried and cracked could certainly give a scaly appearance.” Certainly, it’s a very good theory, and far more likely than a huge, bipedal lizard roaming around the swamps of South Carolina.

A Bizarre UFO Explosion Over Nevada