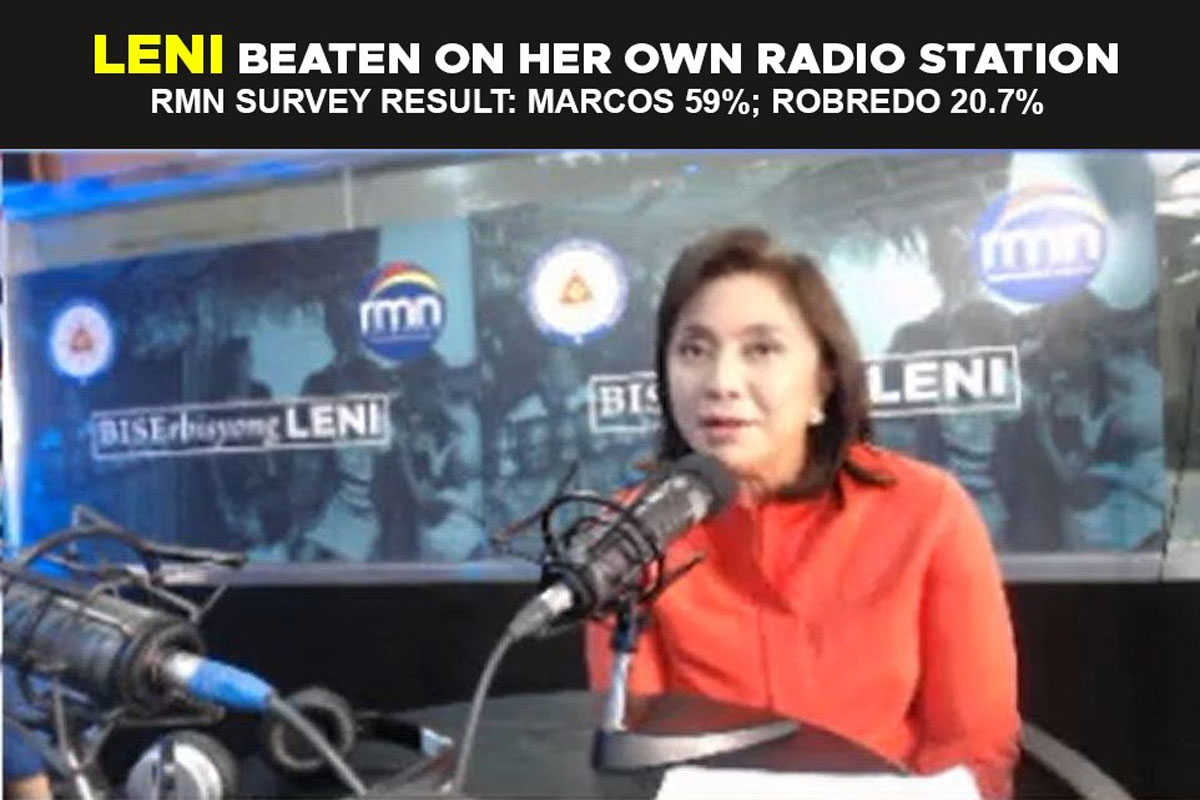 Leni loses in own radio station

The result of the April 1 to 4 poll survey showed Marcos receiving 59% voters’ preference from Balance Luzon, National Capital Region, Visayas, and Mindanao, while Robredo is a distant second with her 20.7% preference.

At least 5.5% of the respondents were still undecided, while the other candidates hardly managed to get less than one percent.

What is clear, however, is that Robredo has not gained any traction even if she hosts her own radio program, “Serbisyong Leni,” with RMN’s DZXL.

“The mere fact that she has her own weekly program with the radio station but still fell short to the numbers of Marcos speaks a lot about her likeability,” said a long-time DZXL broadcaster.

Some officials of the radio station had openly supported Robredo, even using their own programs to promote her candidacy, but that didn’t matter as the bulk of RMN-DZXL listeners were bent on supporting Marcos.

The result of the RMN-APCORE survey has been consistent with all the other reputable survey firms, which points to a massive if not landslide victory for Marcos on May 9.

Mowelfund at 48: Turning a post-pandemic page

“Despite the pandemic and other challenges, he did his best,” says Bong Go as he highlights PRRD’s notable achievements