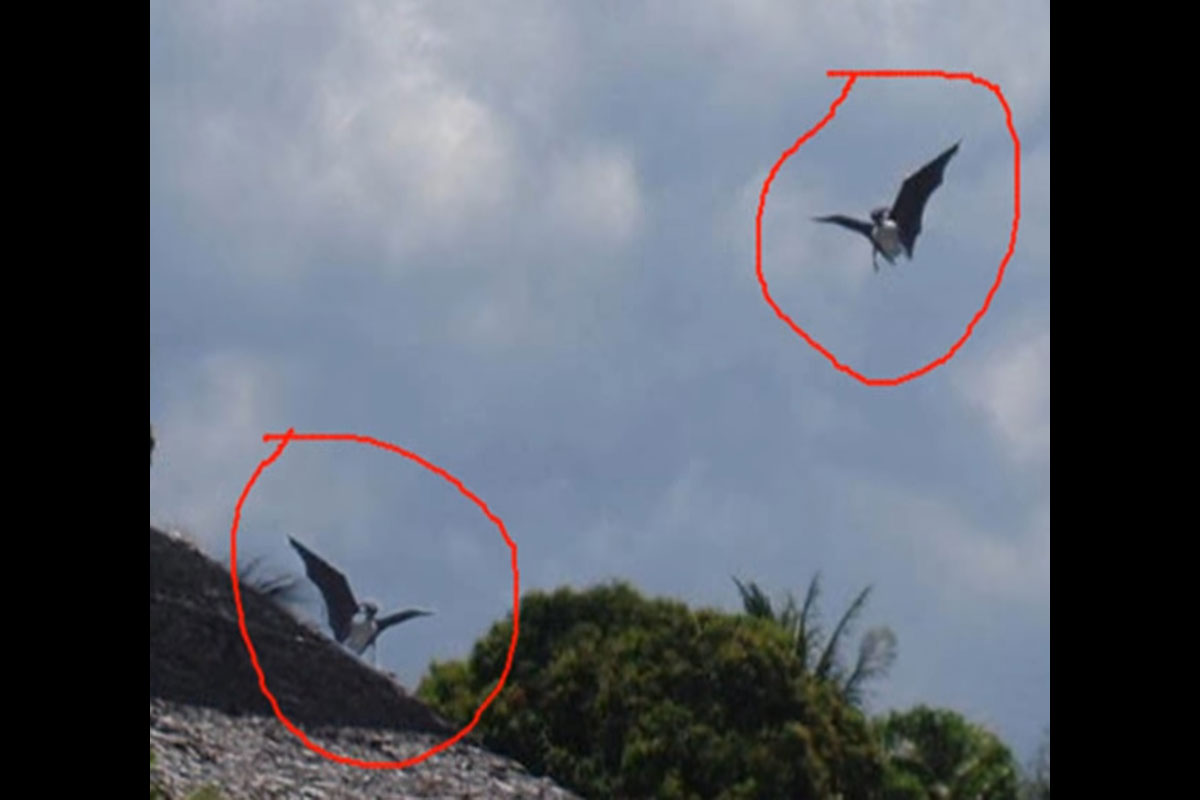 Some mythical creatures have their origin in tradition and tales from the distant past. However, each culture is associated with a multitude of interesting and odd creatures, many of these beings are humanoids. One of these legendary humanoids is the aswang.

The legend of the aswang is well known throughout the Philippines, except in the IIocos region. An aswang is a regular townsperson by day and prefer an occupation related to meat, such as butchery. They are also said to have an ageless appearance and a quiet, shy and elusive manner.

The creature is described as a combination of vampire and witch and is almost always female. One key feature of the aswang is its bloodshot eyes. The aswang is an eater of the dead and a cannibal. They are capable of transforming into either a huge black dog or a black boar. The creatures stalk and eat human beings at night. Many stories revolve around these creatures eating children and unborn fetuses. Their favorite body parts are the liver and heart, and they are known to be viscera suckers. 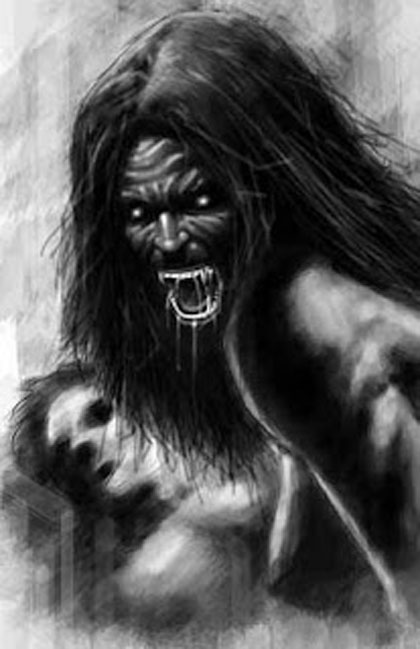 The aswang is believed to have supernatural powers. Once it has overpowered a victim, it will take a bundle of sticks, talahib grass, and rice or banana stalks, and transform these into a replica of their victim. This replica is sent home while it takes the real person back with her. Upon reaching its home, the replica will become sick and die. The victim will then be killed and eaten.

Supposedly if a person looks at them in the eyes, the reflection would appear inverted. During their nocturnal activities, they walk with their feet facing backwards. Garlic bulbs, holy water, and other objects are believed to repel aswang. At night, they transform into the deadly beast. In the Middle Ages, the aswang was the most feared among the mythical creatures in the Philippines. It is said that an aswang can be revealed, with the use of a bottle of a special oil made from coconut and mixed with certain plant stems upon which special prayers were said. When an aswang comes near or walks outside the house at night, the oil is supposed to boil and continue boiling until the aswang leaves the area. 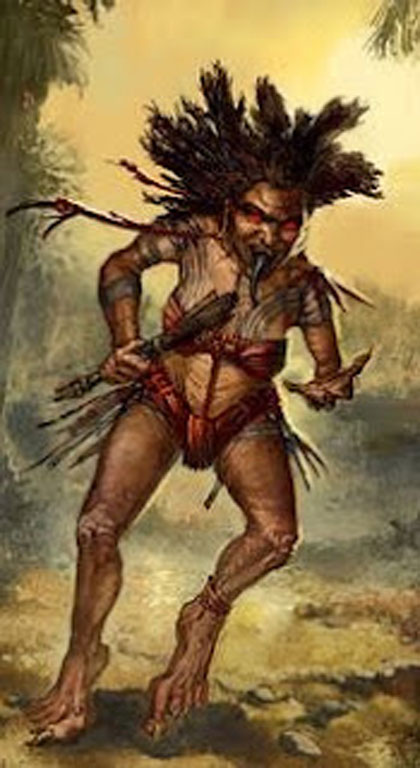 In the Southern part of the Philippines the Aswang are classified into five distinctive types:

1. The Blood Sucker(Vampire)
2. The Barangan (Vindictive Hexer…Voodoo and the like)
3. Mananangal (Self Segmenter) A creature who can fly through the night using only the upper torso with its entrails dangling below.
4. The Corpse Eater – This is the aswang who will try and change out the real corpse with a fake corpse made from the trunk of a banana tree.
5. The False Beast – An aswang who has the ability to change from a human into a wild pig, or dog or whatever shape suits it. 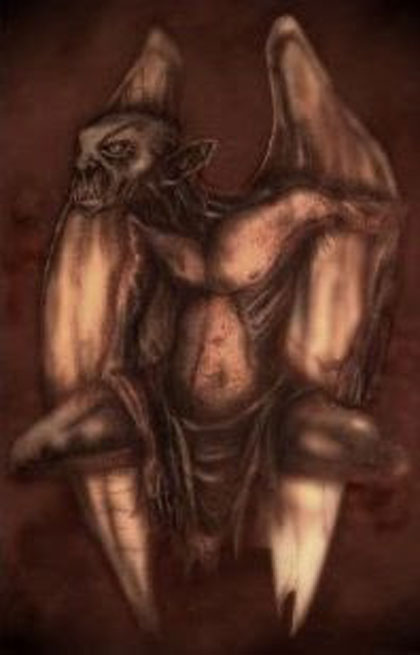 September 2004 – Tata Porras, 16, of Barangay Cabuling in Tantangan, claimed his 14-year-old brother Michael was attacked by an aswang, which he claimed was disguised as a big black dog with red, glowering eyes.

Porras’ descriptions aptly fit the physical appearance of the supernatural being who has the ability to transform itself into different forms while devouring a prey.

He claimed that he and his younger brother were sleeping in a small makeshift hut near their ricefield on the evening of September 22, guarding their farm ducks, when the incident happened.

The boys’ parents were sleeping in their house just a few meters away from the ricefield.

“Aswang talaga ang nakita ko,” Tata said, adding that the big black dog about three feet-high was about to bite the neck of his younger brother when he saw it.

He said the “aswang” fled and was lost in the dark.

Prior to the alleged attack, Tata said he heard a squeaking sound outside the makeshift hut.

Michael was hit in his right leg when Tata fired the shot at the aswang. He was immediately brought to the South Cotabato Provincial Hospital (SCPH) for medical treatment.

Neighbors who rushed to the boys’ location reported hearing Tata shouting, “aswang, aswang!” while pointing to a dark portion of the ricefields.

A local radio station carried the story on air, but some residents refused to believe the story, brushing this off a figment of the boy’s imagination.

Others however believe it, citing personal accounts and stories they heard from their friends and relatives living in the allegedly aswang-infested localities in southern Philippines.

Based on the Filipino superstitious beliefs, the usual targets of the aswang are pregnant women and young children. It usually attacks on or before midnight.