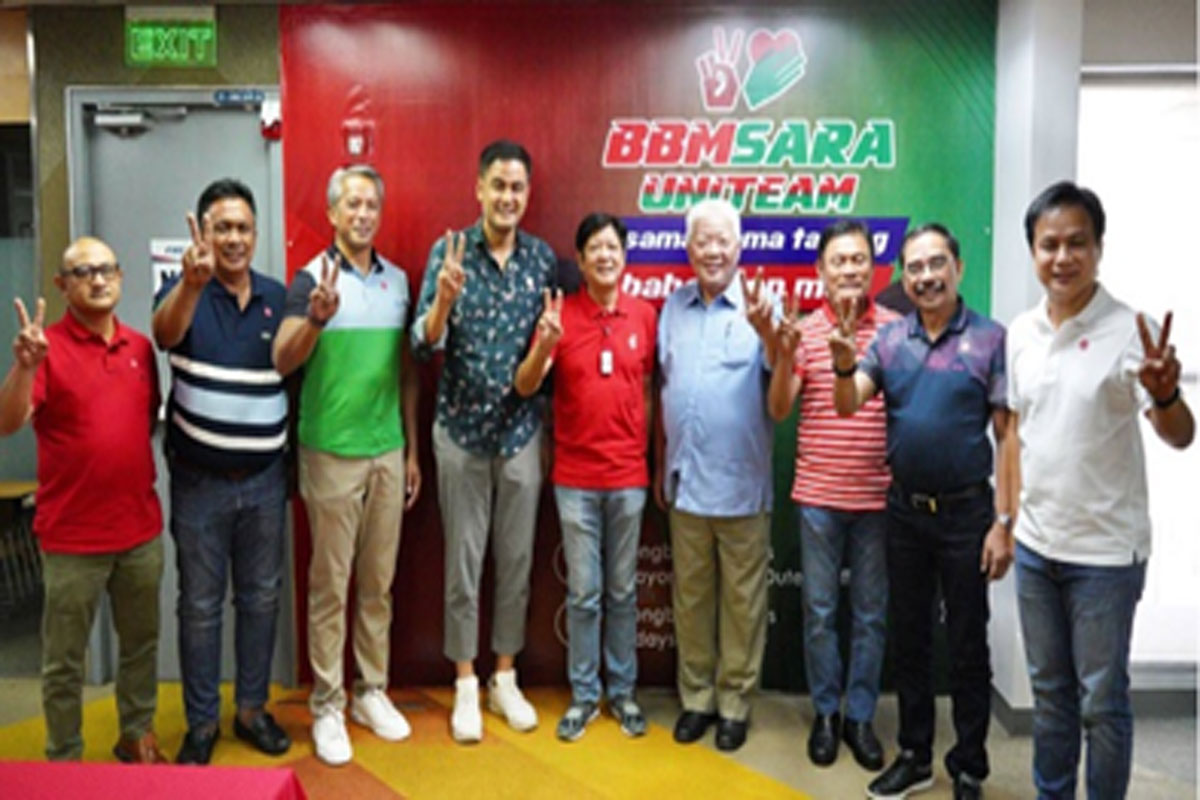 THE chief executives of Cavite and Laguna, both listed as among the most vote-rich provinces in the country, assured presidential frontrunner former Ferdinand “Bongbong” Marcos Jr., of landslide victory in the May 9 national polls.

Cavite Gov. Jonvic Remulla and Laguna Gov. Ramil Hernandez made the announcement during a meeting with Marcos and other chief executives from different provinces in the country at the BBM headquarters in Mandaluyong City on Thursday.

“Based on our projections he (Marcos) will get 1.2 million votes as Cavite. As per our latest survey dated April 24,” Remulla divulged.

Remulla added Leni Robredo will only get a low 400, 000 votes in their province.

For his part, Hernandez revealed that Marcos will get at least 60 percent of the Laguna voting population in the upcoming elections.

Based on Commission on Elections (Comelec) records, Cebu retained the top spot in the list of most vote-rich provinces with around 3.288 million registered voters

Cavite, Pangasinan and Laguna are still ranked second to fourth while Region 4-A (Calabarzon) has the most number of voters among Philippine regions with 9.193 million voters in the 2022 elections.

The governors assured Marcos of overwhelming victory as they vowed to protect his votes in their respective provinces.

Gov. Cadiao said they will surprise Marcos in Antique in the upcoming elections.

“We will give him a surprise. I’m sure he will be very happy after the elections. It’s a gift from Antiqueños. We are waiting for change and I think this is it,” Cadiao said

Meanwhile, Gov. Uy of Zamboange del Norte belied reports that he is supporting the candidacy of Robredo after several photos surfaced that he was with the vice president.

For his part, Gov. Mercado of Southern Leyte declared that their province is “Marcos country” even as his opponent in politics is supporting Marcos.

“Southern Leyte is a BBM country and we can assure 90 percent of the votes for BBM, because BBM is also from Leyte. Even kalaban namin nag-support kay BBM,” Gov. Mercado noted.

After the meeting with the governors, Marcos also met with local officials of Zamboanga del Norte and Surigao del Norte in separate meetings also at the BBM headquarters in Mandaluyong.

No debates, only positive campaigning for BBM camp