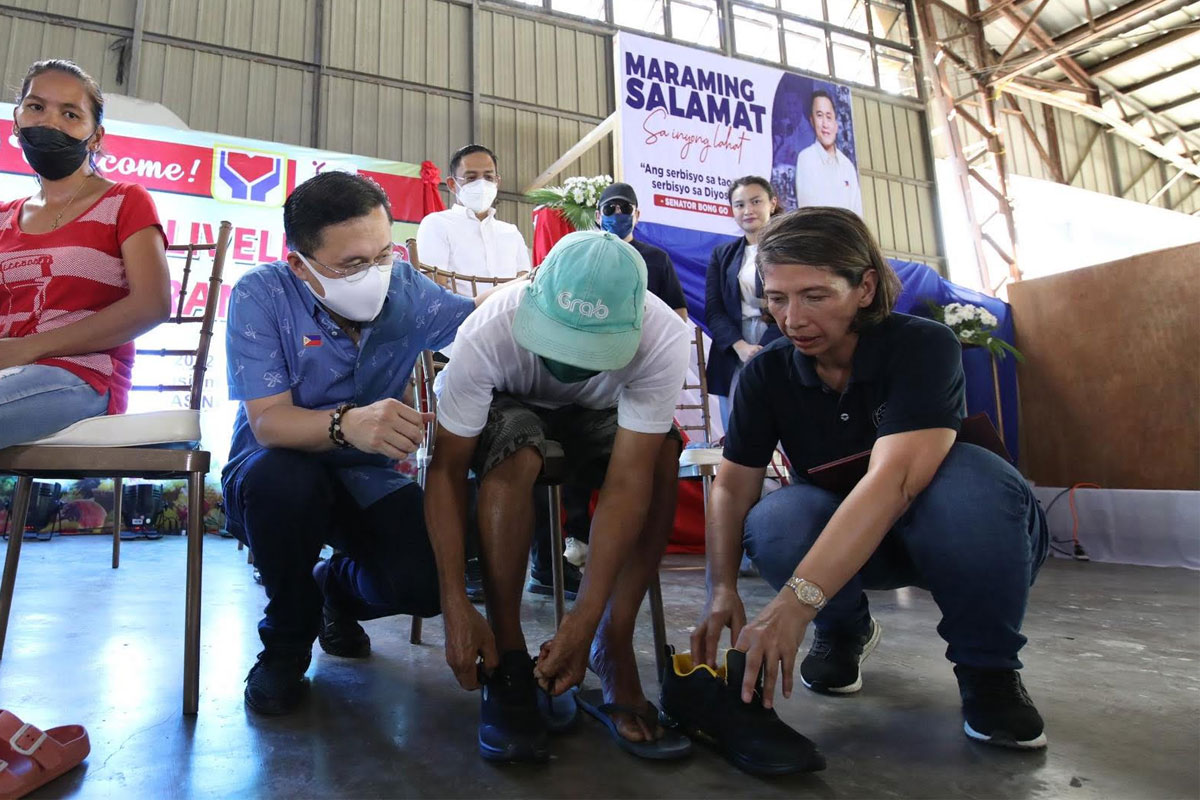 IN line with his commitment to help disaster-stricken communities recover and build back better, Senator Christopher “Bong” Go provided various forms of assistance to the victims of landslide and flash flood in San Dionisio, Iloilo.

Go’s team handed out grocery packs, vitamins, shirts, masks and snacks to the affected residents at the Mandua-wak covered court. They also gave away shoes, cellphones, balls for volleyball and basketball, and bicycles to select individuals.

Personnel from the DSWD also distributed financial assistance to the victims.

In his video message, Go urged the beneficiaries to visit the nearest Malasakit Center located at the Western Visayas Medical Center in Iloilo City for their medical needs.

The Malasakit Center is a one-stop shop where the Department of Social Welfare and Development, Department of Health, Philippine Health Insurance Corporation, and Philippine Charity Sweepstakes Office are housed under one roof to conveniently provide medical assistance to help particularly poor and indigent patients settle their hospital and other medical bills.

There are now 151 Malasakit Centers that have assisted over three million Filipinos nationwide.

Meanwhile, due to the susceptibility of the country to natural disasters, Go then reiterated the need to pass his proposed Disaster Resilience Act. The measure aims to establish a highly specialized agency that will be in charge of making sure that Filipino communities are adaptable, disaster-resistant, and safe.

Go said that the measure aims to unify and streamline all responsibilities related to disaster preparedness and response.

The senator also repeated his appeal for the passage of his proposed Mandatory Evacuation Center Act which he recently refiled in the 19th Congress.

The measure aims to establish safe, permanent, and dedicated evacuation centers in every city, province, and municipality in the country. The mandatory evacuation centers will be fully-equipped to provide immediate aid to calamity and disaster victims.