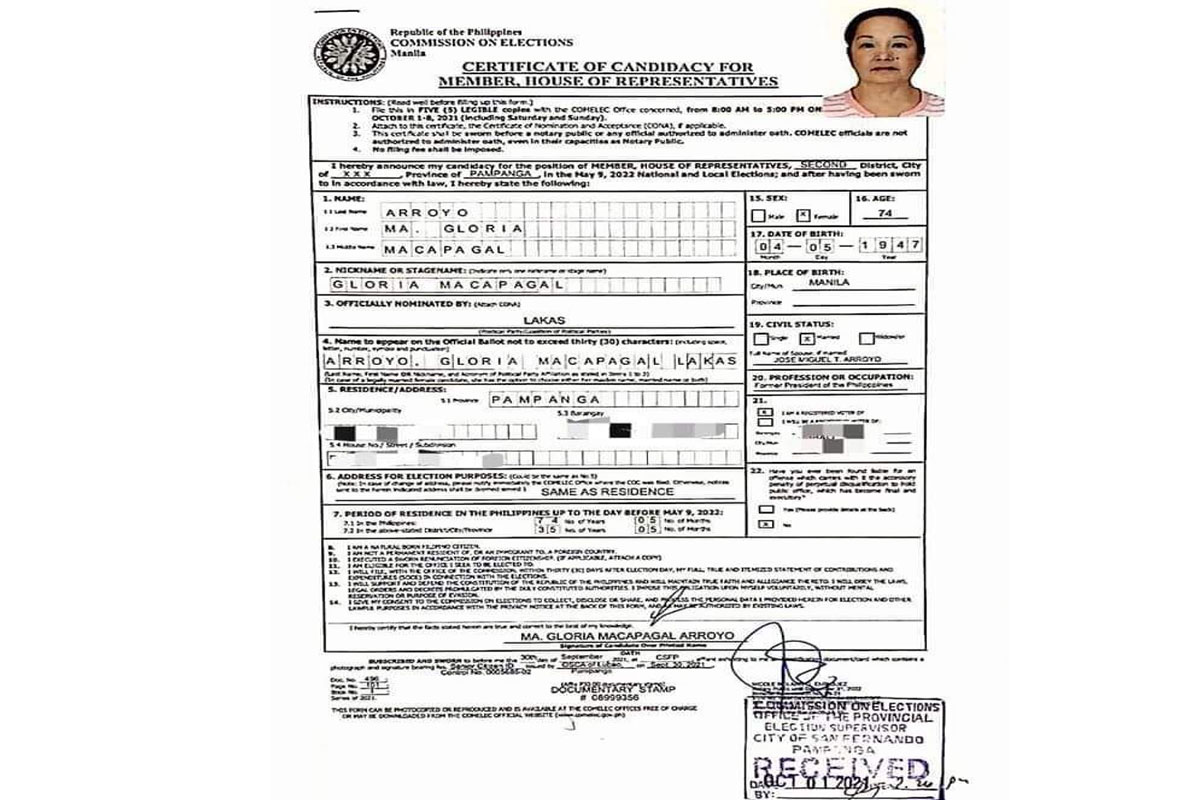 Former President Gloria Macapagal Arroyo has filed her Certificate of Candidacy for representative of the second district of Pampanga. She is running under the Lakas-CMD party.
Nation,

They said Mrs. Arroyo has proved in many occasions her tested leadership and resilience to weather all the problems in governance.

“We strongly support the former President’s decision to return to public service, and to represent her constituents from the 2nd District of Pampanga. Mrs. Arroyo has a proven track record with excellent credentials in leading our country to greater heights. Given her abilities, competence, fairness, sound judgment, commitment and focused leadership, she will be a very promising leader and a tremendous asset to the incoming 19th Congress,” they said in a joint statement.

“She was very diligent and hard-working during her stint as President of our country and Speaker of the House of Representatives. She leaves no stone unturned in the performance of her duties and always ensured that they were done with excellence and compassion for the people,” they said.

Last Friday, Mrs. Arroyo filed her certificate of candidacy (CoC) at the Office of the Provincial Election Supervisor in San Fernando, Pampanga as representative of the province’s 2nd District.