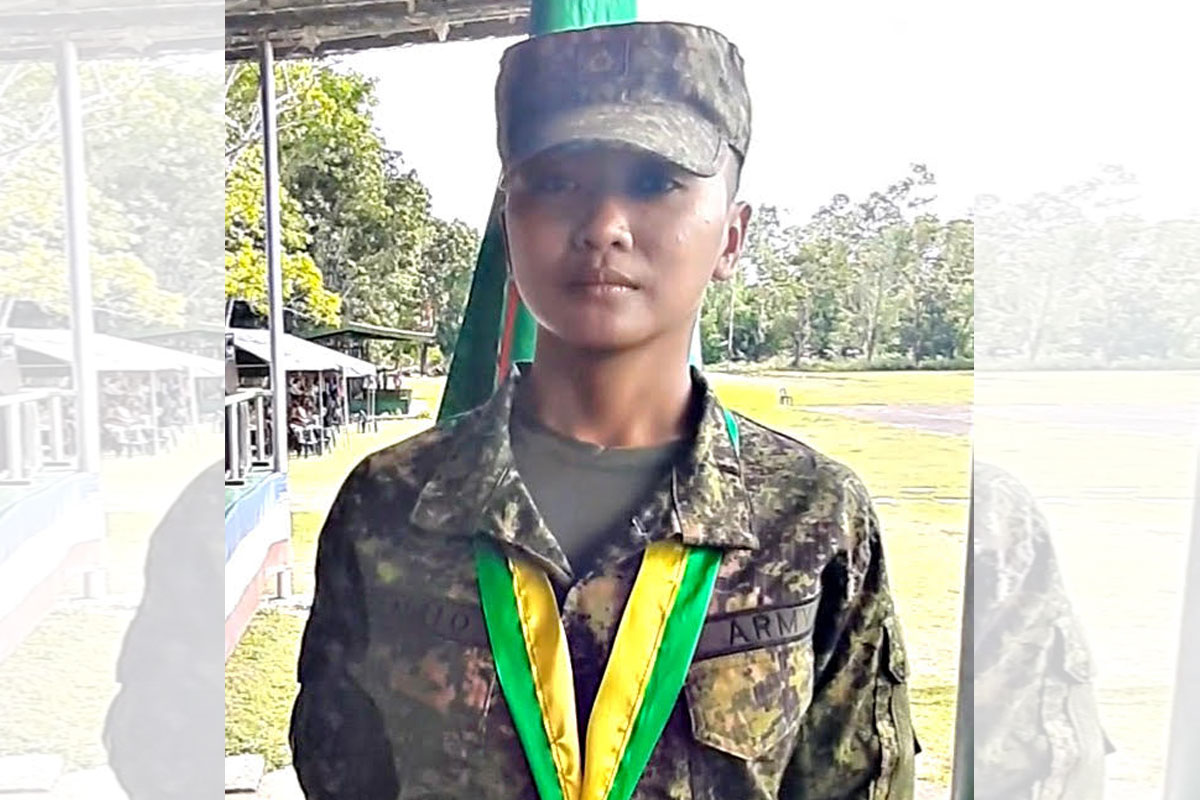 FORT MAGSAYSAY, Nueva Ecija – A 23-year-old woman from Liloy, Zamboanga Del Norte, who aspired to become a soldier someday after her soldier-father was killed in a 2005 ambush in Jolo when she was just five years old, emerged as the topnotcher in the candidate soldier course at the 7th Infantry “Kaugnay” Division Training School here on Monday.

Private Elly Jane J. Estabillo, a graduate of Bachelor of Science in Business Administration at the Pilar College in Zamboanga City, completed her six-month military training course here with an average grade of 92.85%, besting 409 other co-new graduates during closing ceremonies held at the 7th ID grandstand here.

In an interview, Estabillo, the youngest in a brood of four with two boys and two girls, said that her “dream to become a soldier” some 18 years ago, after the death of her father Lorenzo, was finally “fulfilled.”

7th ID Commander Major General Andrew D. Costello, who joined the 87th founding anniversary celebrations of the Armed Forces of the Philippines (AFP) at the General Headquarters in Camp General Emilio Aguinaldo in Quezon City on Monday, said in a speech read for him by his representative, Col. Emilio R. Pajarillo Jr., 7th ID governance and strategy management chief that: “Let your experiences be your inspiration to aspire to have more achievements in life. May you serve the country with all your might because we need more youth to serve the people, especially now more than ever.”

With her being able to realize her dream of becoming a soldier, Estabillo said she is now setting her sights on her next “biggest ambition,” which is to become a “military general” in the armed services someday.