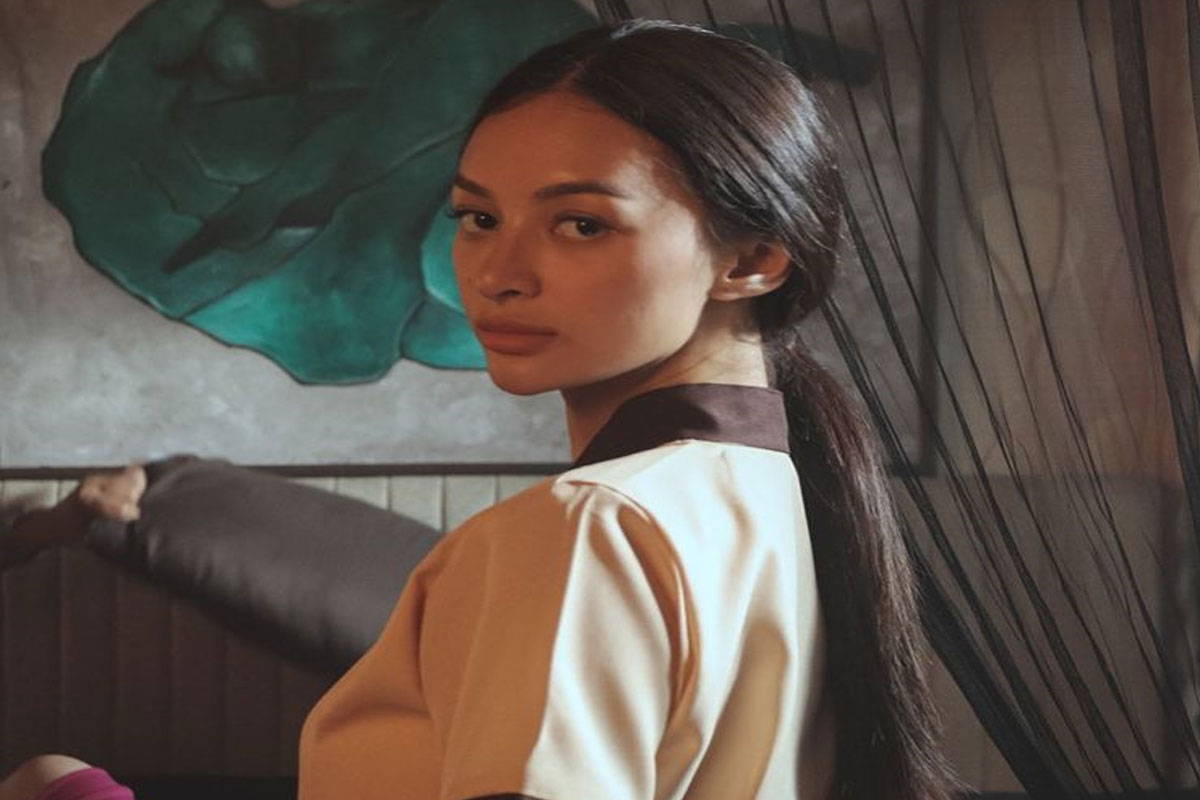 Kylie plays Daisy, a woman in her 20s who is offered a huge salary mainly to take care of Nami, daughter of William (Albert Martinez), a billionaire, and Roxanne (Louise Delos Reyes), who is pregnant with twins. Daisy succeeds in building rapport with the young child, but that’s not all. She gets the attention of her boss as well. William begins to secretly flirt with Daisy, enticing her with glasses of wine and his piano playing, and they eventually begin a sexual relationship. Since Daisy has become somewhat chummy with Roxanne, the latter finds nothing suspicious about her. But there is someone in the mansion that Daisy cannot fool, Ms. Martha (Jaclyn Jose), the Mayordoma who knows everything that is happening inside the house.

Apart from Ms. Martha, Daisy also has to be mindful of the presence of Roxanne’s mother, Madam Ester (Alma Moreno). Although Ester has no power over her very domineering son-in-law, she is still a mother who must protect her daughter. Directed by Roman Perez, “The Housemaid” is an adaptation of a South Korean film that was first shown in 1960, then had a remake in 2010, originally entitled “Hanyo”. The latter won awards in different international film festivals, including Fantasporto in Portugal, Oslo Film from the South Festival, and even our very own Cinemanila International Festival. It received a nomination for the Palme d’Or, the highest prize awarded at the prestigious Cannes Film Festival.

Starting September 10, 2021, “The Housemaid” is available in various platforms, namely Vivamax, KTX, iWant TFC, and TFC IPTV. Vivamax is available at web.vivamax.net. You can also download the app and subscribe via Google Play Store and App Store. Watch all you can on Vivamax for only P149/month and P399 for 3 months for bigger savings. You can also unli-watch for 3 days on Vivamax at a hot price of P29. Take advantage of this special treat. You can pay through GCash, Globe, Smart, Visa/Mastercard, PayMaya or PayPal account that’s linked on your Google or Apple account. You can also subscribe at web.vivamax.net, select a plan and you can pay through EC Pay outlets: 7 Eleven, and All Day, or through PayMongo, GrabPay, and GCash or through PayMaya. For payment thru E-commerce, you may choose from Lazada, Shopee, GCash, ComWorks Clickstore, PayMaya, or Globe One. For payment thru authorized outlets, you may choose from Load Manna, ComWorks, and Load Central partner outlets: Cebuana Lhuillier, Palawan Express. You can also call your local Cable Operators to subscribe to VIVAMAX: Sky Cable, Cable Link, KCAT Fiber, Air Cable, Aklan Cable Television Co., Inc. Cebu Cable HD, Cotabato Cable Television Network Corp., Concepcion Pay TV Network Inc., BCTVI, Paradise Cable Television Nework, Inc., Wesfardell Connect, Z-energy Cable TV Network Inc. Filipinos in Hong Kong, Japan, Malaysia, and Singapore can access Vivamax. “The Housemaid” is also streaming on Vivamax Middle East. To our dear fellow Pinoys in UAE, Saudi Arabia, Kuwait, Oman, Bahrain, and Qatar, watch all you can for only AED35/month. In Europe, Vivamax can be streamed for only 8 GBP/month. Vivamax, atin ‘to!