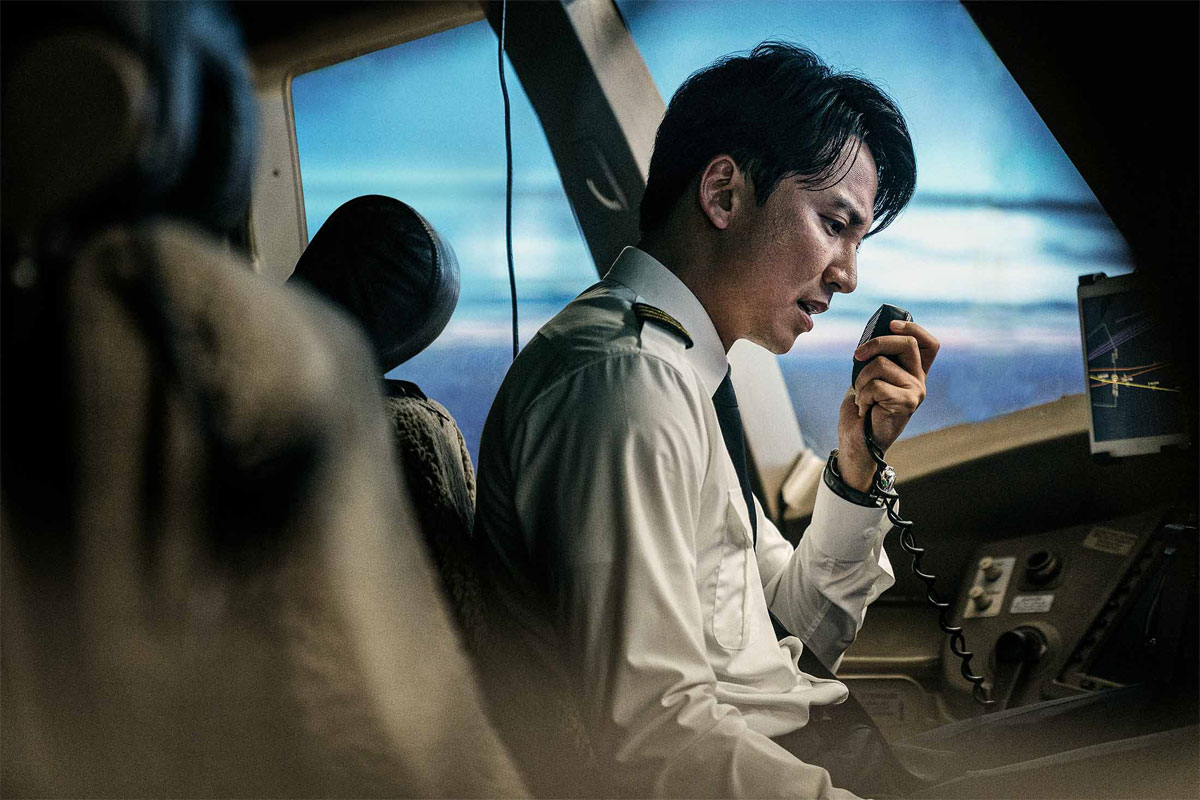 Emergency Declaration, which now sits comfortably at the number 5 spot in the Highest Grossing South Korean films of 2022, is about to hit Philippine cinemas today, August 31.

Written and directed by the multi-awarded writer-director Han Jae-Rim, this aviation disaster action thriller brings together some of the biggest actors that reign in Korean moviedom.

Song Kang-Ho portrays a veteran cop named In-ho who cancels a trip to Hawaii because of work.

His wife, however, pushes through with the planned vacation.

Alas, the flight that’s supposed to lead to a Hawaiian escapade suddenly becomes a flight of terror as a fellow passenger starts coughing up blood and then meets a gruesome death, the reason unknown.

Unable to escape from a plane that has already taken off, not only the passengers but also the flight crew are unable to avoid the slowly impending disaster.

On the ground, In-ho receives a tip about a man threatening a terrorist attack against a plane. Realizing that the man and his wife boarded the same flight, and becoming aware that the plane is being refused to land anywhere, In-ho devotes everything he has to solving the crisis.

Lee Byung-Hun plays Jae-hyuk, a man who has aerophobia, but flies anyway for the sake of his daughter who needs medical treatment.

And now that their lives are all in danger, Jae-hyuk’s courage will be put to the test.

Jeon Do-yeon is Sook-hee, the Transport Minister who has the overwhelming responsibility of ensuring the safety of Flight KI501 that is currently travelling between countries.

Kim Nam-gil plays Hyun-soo, the co-pilot who must land the plane safely at all cost. Keeping in close contact with the crisis management center on the ground, he tries his best to keep the plane aloft, but with no solution in sight he finds himself having to make an “emergency declaration.”

Yim Si-wan plays Jin-seok, the cause of all the chaos. After loitering about Incheon International Airport and asking for a flight with the most number of passengers, Jin-seok boards Flight KI501.

With his innocent-looking face, nobody would have guessed what evil deed he’s capable of.

Kim So-jin plays Hee-jin, the head flight attendant. She’s been thinking of wrapping up her career in the sky after this flight.

But will she even live past this? Would she be able to save lives if this would be the last flight of her life?

Park Hae-joon plays Tae-Su, the head of the presidential crisis management center who is expected to make the most realistic decisions to protect the nation during this unprecedented disaster.

As the news about the bioterrorism on the plane leaves the general public in shock, Tae-su is forced to choose between the safety of the passengers and the crew or the safety of the people on the ground. So many lives depend on him.

Director Han Jae-Rim wrote the screenplay back in 2019, before the Corona virus pandemic.

In a statement that he released, he said, “I couldn’t help but be shocked to see the events which I had imagined in my mind become reality. Disasters always strike when we least expect them.

Those of us living in this era are already accustomed to the way in which people easily lose strength and become self-centered in the midst of a disaster or crisis. But despite the turmoil faced by humanity during this pandemic, the situation is slowly improving. I hope that this film can provide a small measure of comfort and hope to those who suffered in this tragedy, to those who bravely fought against it, and to all of us who at this moment are exhausted from dealing with the pandemic.”

Emergency Declaration premiered at the 74th Cannes Film Festival in 2021 in the non-competing section of the event.