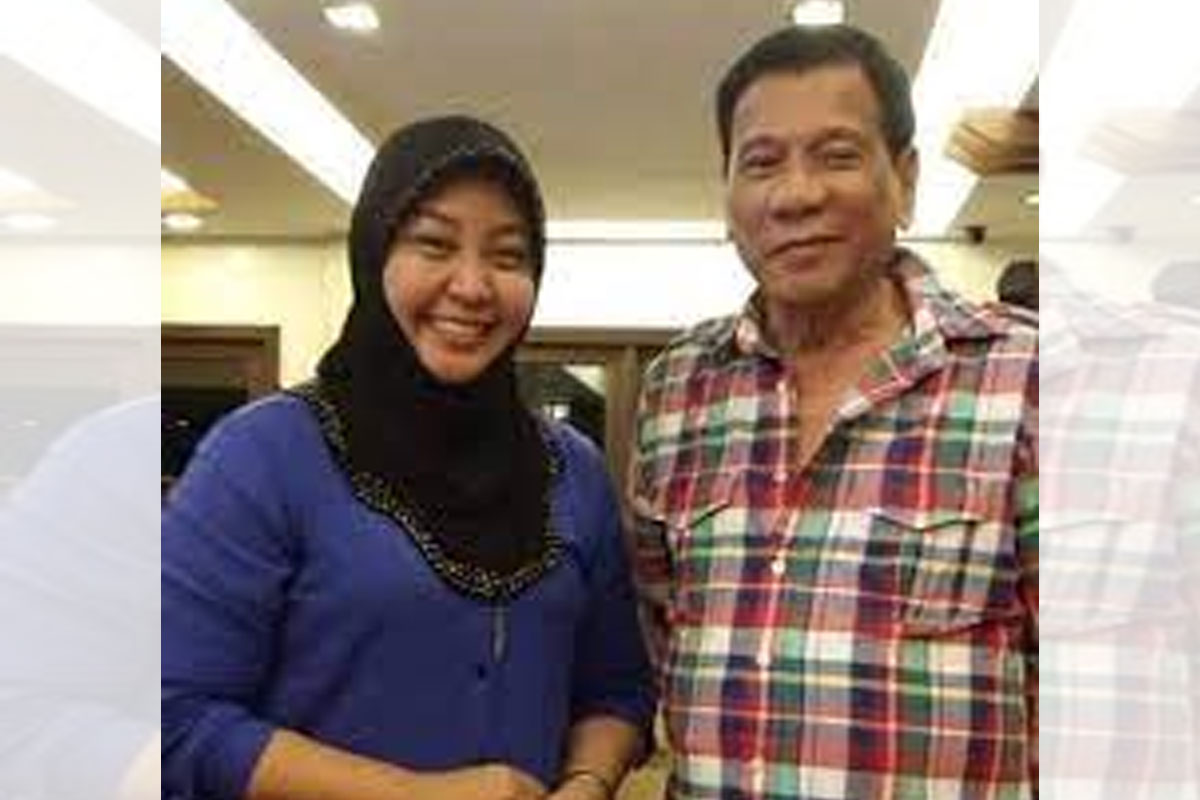 Kiram with President Duterte.
Other Sports,

IN the eyes of Philippine Pencak Silat Association (PISAI) president Princess Jacel Kiram, better days are ahead in sports as in life.

In fact the Filipino athletes now hope to turn their long inactivity due to the deadly coronavirus outbreak into something good, something better.

“We’re actually doing bubble training now in preparation for many events next year, including the 30th Southeast Asian Games in Hanoi in May next year,”said Kiram during the 127th edition of the “Usapang Sports on Air” by the Tabloids Organization in Philippine Sports (TOPS) last Nov. 11.

“I think the Filipinos can regain their competitive spirit and excel in sports next year despite this long inactivity due to the pandemic,” added Kiram in the weekly public service program sponsored by the Philippine Sports Commission (PSC), Philippine Amusement and Gaming Corporation (PAGCOR) and Games and Amusements Board (GAB).

The Filipinos finished fourth overall with one gold two silvers and one bronze in the 2019 SEA Games held at the Subic Bay Convention Center on Dec. 2-5, 2019.

The top three countries in pencak silat are Indonesia, Singapore and Malaysia, which bagged two gold medals each.

The silver medals came from Mary Francine Padios in the women’s singles and Alfau Jan Abad and Almohaidic Alfad in the men’s doubles.

Bronze medalist is Dines Dumaan in the Class B 50-55 kg Tanding ( Match) class.

Can the Filipinos repeat in Hanoi?

We certainly hope we can deliver and contribute medals again,” said Kiram.

The Davao-based female sports leader said both Tacuel and Padios are already assured of leading the national team to Hanoi.

The SEA Games is only the beginning.

“But we’re not just getting ready for the SEA Games but a lot more. There’s also the World Championships, na na-postponed last year and this year but sigurado na matuloy next year,” the Davao-based Kiram told editors and reporters of TOPS.

Kiram said the PISAI is pulling all stops to give their athletes the best training possible.

She thanked the PSC for helping a lot in their bubble training at the Triple C Farm and Private Resort in Bayombong, Nueva Vizcaya.

Kiram admitted the postponement of the SEA Games is favorable to the Filipio athletes, who now have more time to train.

“Kung ngayon ginawa ang SEA Games, hindi ako makapapangako ng kahit anong medalya. I’ve seen my athletes, who gained a lof of weight during the lockdown. Mostly mabibigat. Kalahati siguro sa ngayon sa pool, naglakihan. Now they’re back in training. Even yun endurance nila is being monitored now by our coaches thru the videos they submit. We really hope for the best,” explained the female sports leader from Mindanao.

Kiram claimed the country’s closest SEA Games rivals continued their training even during the pandemic.

“Yun Thailand, Indonesia, Vietnam and others, tuloy lang ang training.Tayo lang ang nagpauwi ng mga atleta to the provinces. We moved our athletes out of Ultra or Rizal Memorial and sent them back to the families during the pandemic. Nakapanghihinayang nga talaga. But we understand. Sabi nga, kalusugan muna before anything else because we are experiencing this emergency, we are facing a pandemic.”

Kiram also takes pride in having a strong grassroot development in pencak silat.

Win or go home in PCAP