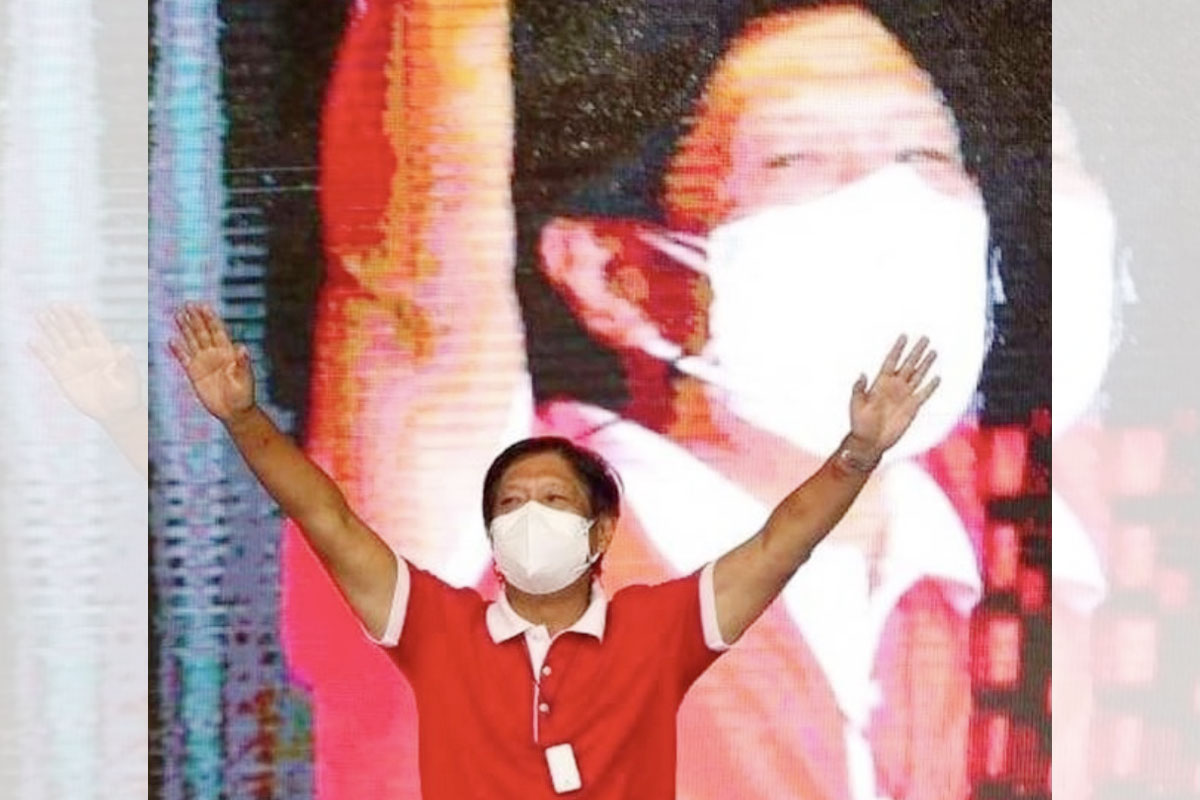 WITH the latest 61% in voters’ presidential preference rating, frontrunner Ferdinand ‘Bongbong’ Marcos has maintained his kilometric lead, at a breathtaking 42% margin of difference over the closest pursuer from among his far distant rivals in the recent Laylo national survey results.

The Laylo Report which covers the results from its fieldwork research, conducted from March 15 to 22, 2022, shows Leni Robredo lagging behind at 19%, Isko Moreno at 9%, Manny Pacquiao at 6%, Ping Lacson at 2%, and the Undecided at 2%.

Marcos tops the Laylo preferential survey in all regions, with the Solid North delivering the highest voters’ preference rating: 86% in the Ilocos Region (Region 1), 86% in the Cordillera Autonomous Region, 84% in Cagayan Valley (Region 2), and 62% in Central Luzon (Region 3).

The Partido Federal ng Pilipinas (PFP) standard-bearer also imprints his inimitable ascendance in Mindanao over the other presidential candidates. The Davao Region (Region 11) and the Caraga (Region 13) deliver the highest voters’ preference rating at 80% each, with Socksargen (Region 12) at 67%, the Zamboanga Peninsula (Region 9) at 66%, BARMM at 63%, and Northern Mindanao (Region 10) at 55%.

The results in terms of demographics also show the runaway lead of Marcos in all classes. He registers 58% voters’ preference rating in Classes ABC, 62% in Class D, and 58% in Class E.

In terms of trust ratings of candidates for president by major areas, Marcos gets +53, with Moreno following at +16, Robredo takes a negative mark at -9, Lacson with -11, and -23 for Pacquiao.

The Laylo survey also asked respondents who among the presidential candidates can best continue the good things started by the administration of Pres. Rodrigo Roa Duterte. Marcos, who received 65%, emerged as the most capable in continuing the legacy projects of the current administration. He is followed by Robredo with 15%, Moreno and Pacquiao received the same mark at 6% each, and Lacson with 4%.

The Laylo survey had a universe of 3,000 respondents and a margin of error of plus or minus two percentage points. With Blessie Amor Vicente and Joanne Rosario (OJTs)