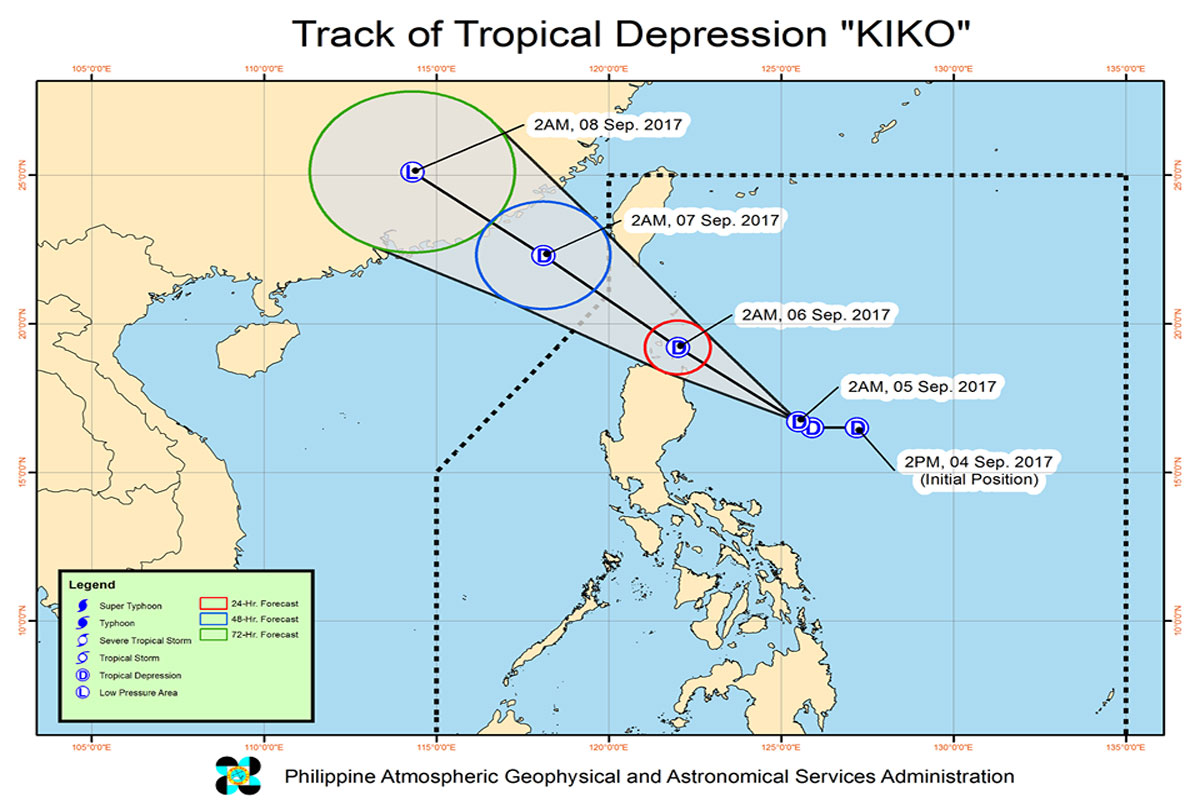 After its landfall in Ivana, Batanes, at 8:30 a.m. on Saturday, the typhoon was detected moving over the coastal waters of Itbayat, the Philippine Atmospheric, Geophysical and Astronomical Services Administration (PAGASA) said in its 2 p.m. bulletin.

PAGASA placed Itbayat, Batanes under Signal No. 4, a warning that “very destructive” typhoon-force winds are expected within 12 hours.

The rest of Batanes, on the other hand, is under Signal No. 3, where destructive typhoon-force winds may occur within 18 hours, PAGASA said.

Meanwhile, the agency also raised Signal No. 2 over the northern portion of the Babuyan Islands. This area, said PAGASA, may experience damaging gale-force to storm-force winds within 24 hours.

Kiko was last located over the coastal waters of Itbayat, Batanes – packing maximum sustained winds of 195 kilometers per hour near the center and gustiness of up to 240 kph.

PAGASA said the typhoon will bring heavy to intense with at times torrential rains over Batanes in the next 24 hours. Moderate to heavy with at times intense rains are also expected over Babuyan Islands, Cagayan, Ilocos Norte, Ilocos Sur, Abra, Apayao, and Kalinga, it added.

Based on its forecast track, Kiko will move generally northward beginning Saturday night and pass over the sea east of Taiwan.

The weather disturbance is seen to exit the Philippine area of responsibility by Sunday evening or Monday early morning.