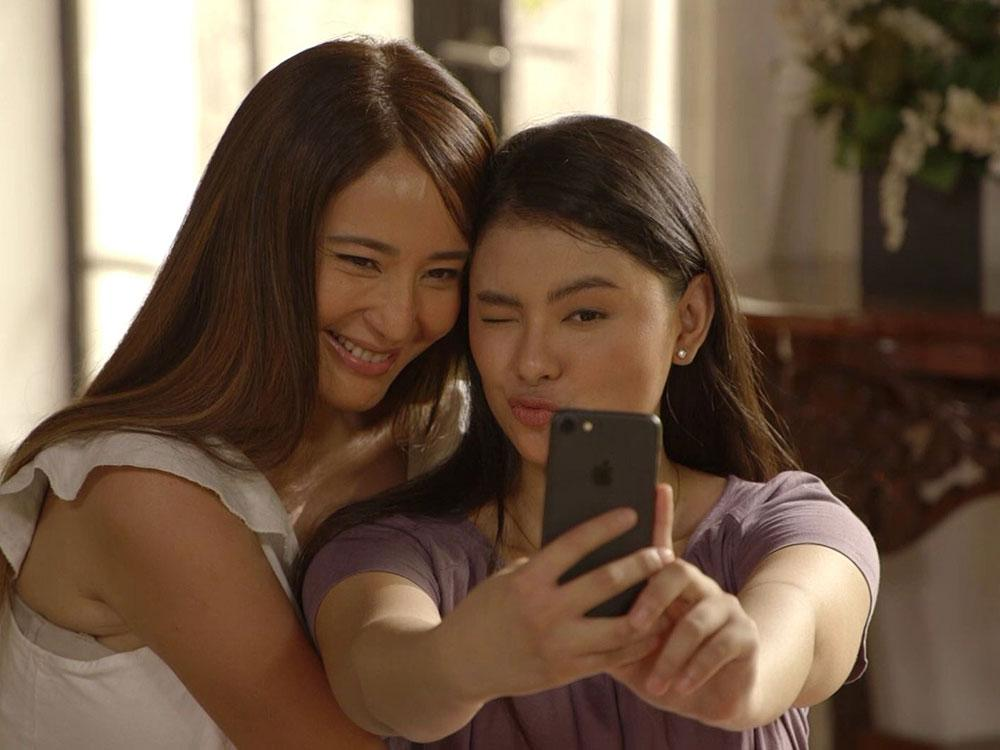 KATRINA Halili is just waiting for the start of the lock in taping of the Book 2 of their hit afternoon show, “Prima Donnas”. Meantime, she’s busy doing a movie, “Abe Nida”, with Allen Dizon for BG Productions, directed by Louie Ignacio. And this Sunday, she’s the special guest in a fresh new episode of Eugene Domingo’s “Dear Uge”.

The title of her “Dear Uge” episode is “Gangsta Sistah” and this is the start of a new season for the show that will now feature all fresh and newly taped episodes. The show has been reformatted and the usual set showing the sari-sari store of Uge is now a thing of the past.

“The show has a new dressing but definitely, the show remains to be primarily a comedy,” says Uge. “The format is hilarious and the stories are funnier, pero may magandang mensahe at kapupulutan ng aral. But the main goal is still to entertain and for viewers to have fun every Sunday afternoon.”
In “Gangsta Sistah”, Katrina plays the title role of Badette, a woman with two faces. As Red Pepper, she’s the leader of the notorious Red Pepper Gang, with Rob Sy and Buboy Villar as her henchmen, Matador and Dogs. But she has a sister who is a nun, Angela, played by Kate Valdez.

Angela comes to live with her for a while and, in front of her, Badette projects the image of a kind philanthropist who is like a saint to poor people in need. Angela is so proud of her magnanimous sister, but what she doesn’t know is that when she is not looking, Badette transforms into this ruthless crime lord who snarls orders at her obedient men.

Complications occur when Angela goes to Badette’s lair unannounced, thinking it’s just her office, not knowing it’s the headquarters of her syndicate. What will happen to the relationship of the two sisters?