Journal News / Sports / Other Sports / Juvic is going to Tokyo, after all 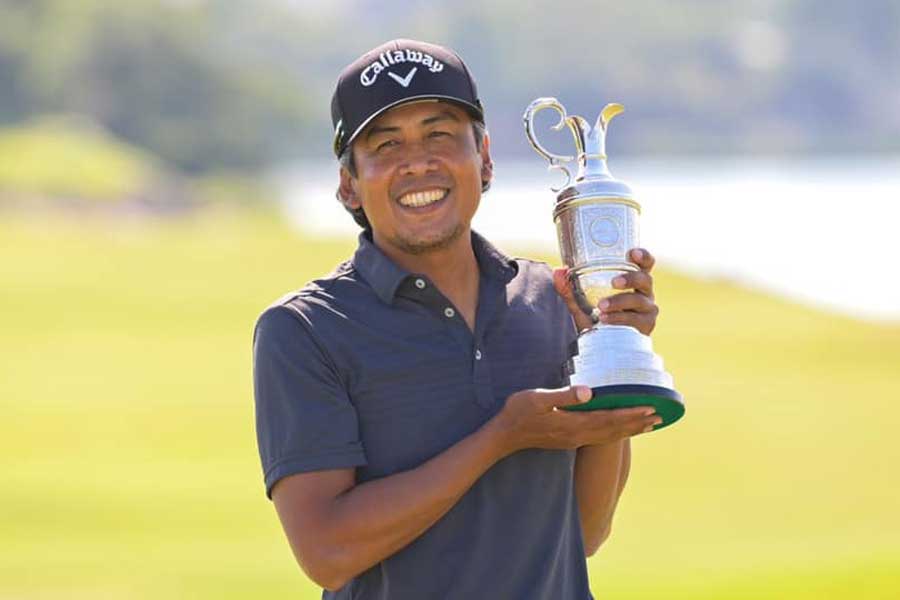 Juvic is going to Tokyo, after all

SEVERAL weeks ago, Filipino golfer Juvic Pagunsan was torn between competing in the British Open and representing the country in the Tokyo Olympics.

On Thursday, Pagunsan chose to chase an Olympic gold medal.

No less than National Golf Association of the Philippines (NGAP) secretary-general Bones Floro confirmed the decision of Pagunsan, who has become one of the 15 Filipino athletes who’ve qualified for the Games kicking off in less than a month.

Pagunsan, 43, himself confirmed the news to Facebook golf page “The Perfect Drive PH” on Wednesday.

“I am pretty excited to represent the Philippines. Who knows baka swertihin tayo sa Olympics,” he said.

The decision to carry the national colors in Tokyo was arrived at due to travel and COVID-19 quarantine restrictions since the British Open will be held July 15-18 while the men’s Olympic golf competitions will be played July 29 to Aug. 1

By choosing to compete in Tokyo, Pagunsan let go of a chance to earn more since there were reports that Pagunsan will bring home a six-digit (Philippine peso) appearance fee and more if he places well.

In the final reckoning, the lure of an Olympic stint and the prestige of representing the country in the greatest sporting spectacle in the world is just too huge to ignore.

Pagunsan got an invite from the British Open organizers after winning the Japan’s Golf Tour’s Mizuno Open championship, ending his long search for a breakthrough title in the rich Japanese circuit.

Pagunsan is one of three Filipino golfers to see action in the Olympics, the others being US Open champion Yuka Saso and Bianca Pagdanganan, who inclusion have yet to be officially announced by the Olympic organizers