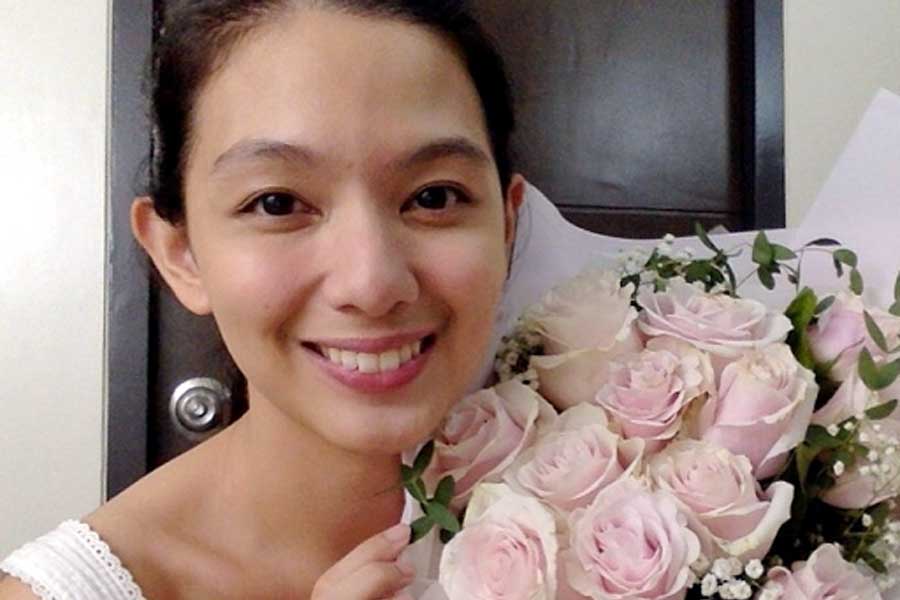 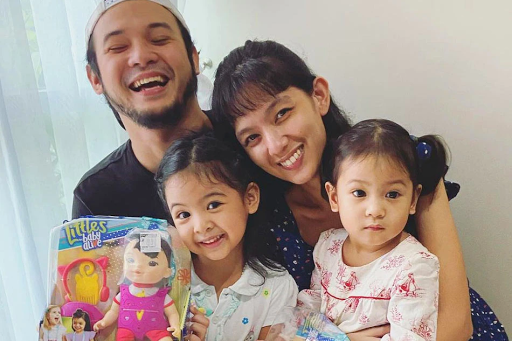 JENNICA Garcia is back before the camera after her separation from husband Alwyn Uytingco. It will be recalled that she gave up her acting career when they got married, but now, she has to earn a living for their two daughters and she’s glad that GMA-7 gave her another chance and she is now part of the lock in taping in Pampanga of the new Kapuso drama series, “Las Hermanas”.

Jennica has confirmed in an interview on GMA that she and Alwyn have broken up after seven years of marriage. She now also wants to thank her mom, Jean Garcia, for helping her with her daughters.

“I want to thank my mom for taking good care of them while I’m away sa lock in taping. I also want to thank her for being very understanding and supportive sa pinagdaraanan ko ngayon,” Jennica adds.

She has repeatedly denied the rumor saying the reason that she and Alwyn separated is due to financial problems. She said Alwyn is never materialistic and is a good provider so money was never an issue with them. In her open letters, she cryptically hints that the main reason they broke up is what she calls “self love”.

She even wrote: “If only the husband or the wife is trying to fix what is now broken and your spouse already let go of you to start a journey without your family in it, cling to God and do not beg further for your spouse’s affection when you already tried getting it back many times.” You can draw your own conclusions from that.

In “Las Hermanas”, Jennica will play Brenda, the rival of Yasmien Kurdi who plays Dorothy, in love and career. The sisters of Yasmien in the story are Thea Tolentino and Faith Da Silva who gets her biggest break here and is paired with Albert Martinez in a May-December romance. Also in the cast are Jason Abalos, Rita Avila, Melissa Mendez and Leandro Baldemor.

Jennica is so happy that after she posted on social media her photos taken on the set, the feedback from the public is very positive. Everyone is congratulating her as she makes her comeback and her fans leave encouraging messages for her to fight and go on her with her life after the failure of her marriage.

After these two films, he did the TV series “Kung Pwede Lang”, then another movie, “Ang Babaeng Walang Pakiramdam” which is now showing and right after that, “Gluta”, a movie about racial discrimination. Coming up after that is “Revirginized”, where he gets to direct his biggest star so far, Sharon Cuneta no less. So where does he get his ideas for movies?

“Most of them, I’ve done as plays in my theatre group in Olongapo,” he says. “For instance, ‘Gluta’ is a play I wrote in 2014 with the aim of inspiring people to get out of their comfort zones. Napansin ko kasi, andaming gumagamit ng pampaputi. I don’t mean to antagonize whitening products. Yung sa’kin, simpleng pagpapaalala lang sa mga kababayan natin na dapat, tanggapin mo ang iyong sarili as you are, para mas kilalanin ka ng tao kung sino ka talaga.”

Some folks are now accusing him of making fun of our indigenous natives called Aetas because his lead character, played by Ella Cruz, is an Aeta girl who joins a beauty pageant. Also, they question why he has to get Ella who is actually fair skinned and not a real Aeta girl?

He says Ella’s character in “Gluta” as a girl named Angel is actually very uplifting and not demeaning as others think.

“Ella here is Angel and she becomes a source of inspiration, a beacon of light, a ray of sunshine for her folks. She shows the resiliency of the Aetas. You know, in Olongapo, I have made friends with many Aetas and I respect them highly. The film actually aims to clarify some misconceptions about Aetas.”

He says people think of Aetas as backward, but he says they are certainly not. “Marami sa kanilang naging kaeskwela ko sa Olongapo where I was raised. They welcome new technology. They have viber, Facebook and Instagram. In Olongapo, they’re not even called Aetas anymore. Wala ng ganyang branding, kasi they’re really a part now of the community. May doctor sa kanila, may teachers, may businessmen. May kinuha kaming Aeta educators and tribal leaders as consultants sa movie and some of them even appear in ‘Gluta’. Kaya payapa ang loob ko na wala kaming nilalabag o sinasagasaang sinuman dito.”

He’s confident that with Ella in the lead, “Gluta” will be a hit. “Kasi Ella has a massive following online and her fans will enjoy seeing her playing a different kind of role. She will surely make a big mark in her performance as the lead in ‘Gluta’. Pati mga support niya rito, puro magagaling, Juliana Segovia as her pamhintang uncle na siyang umiinom ng gluta, Marco Gallo as her leading man, and Rose Van Ginkle and Jobelyn Manuel as the mean girls in school na umaapi sa kanya. I promise you that it’s fun from start to end.”

“Gluta” will start streaming on July 2 on Vivamax online and on the web at vivamax.net.