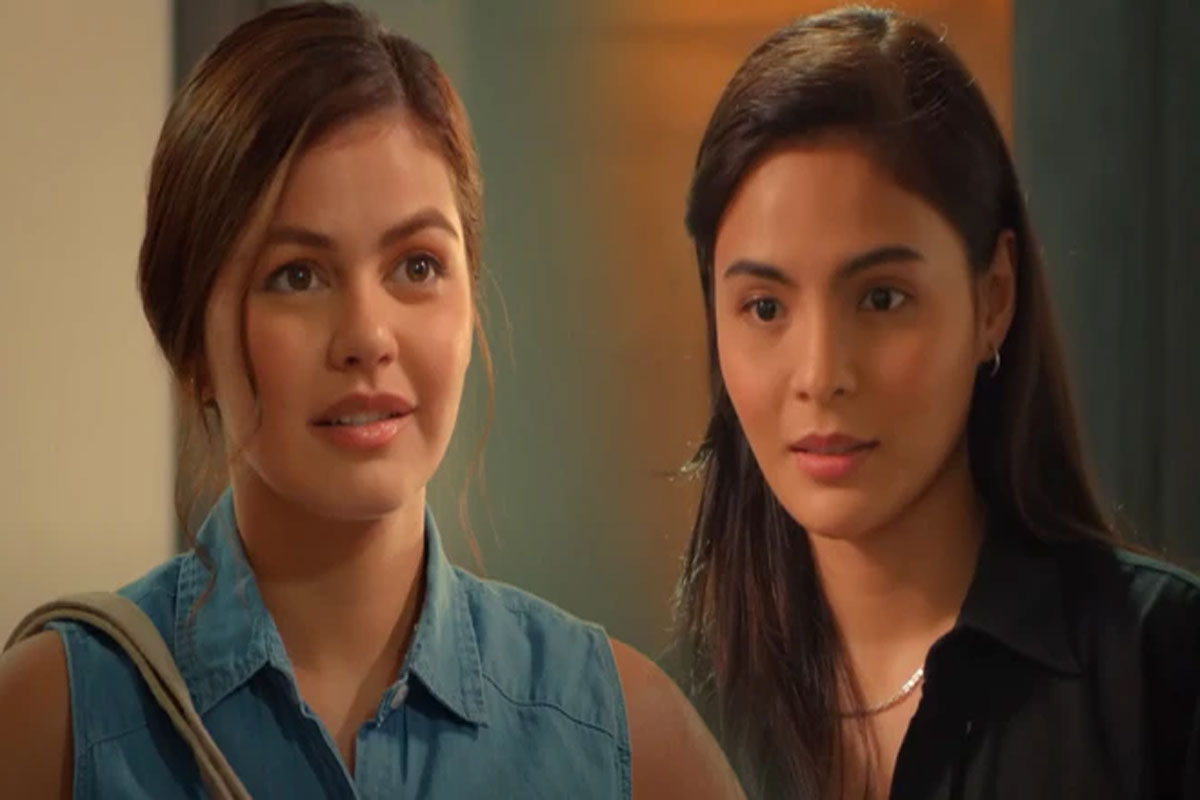 JANINE Gutierrez gives an endearing performance in the iWant TFC series, “Sleep with Me”, as a crippled girl confined to a wheelchair who helps people with relationship problems as a radio DJ. In the story, she has just broken up with her girlfriend then she meets Lovi Poe and bravely declares that she has a crush on her.

Has she been wooed in real life by a suitor of the same sex? “Hindi pa,” she says. “But you can never tell, di ba? You don’t really know what will happen. Mahirap magsalita ng tapos. I have no objection naman to such a relationship. Love is still love, in any form. And this is what our show ‘Sleep with Me’ is saying, where Lovi plays Luna and I play Harry. The important thing in a relationship is if you feel good and safe in it and you’re both fulfilled and both growing as good persons.”

How is it working with Lovi? “We both enjoyed it. We got along fine easily, kasi we’re sisters dahil pareho kami ng manager, si Leo Dominguez. Hindi kami nailang even in the kissing scenes kasi hindi naman scandalous ang treatment as we’re both shy and awkward. We just both considered it as a part of our job.”

Janine has an anecdote about a gift she got for Lovi’s birthday. “When she celebrated her birthday during our lock in taping, I bought her a merchandise from her fave show, ‘Friends’. But nung ibibigay ko na, bigla akong natorpe. Shucks, I’m shy! Kasi I’m her fan. I really want to get closer to her. But when she got the gift, she was so happy. Napakilig ko raw siya. Marunong daw akong pumili ng gift na magugustuhan niya.”

Janine is really so busy these days. She has a new soap, “Dirty Linen”, and after her movie with Paulo Avelino, “Ngayon Kaya”, she is now seen in the current Cinemalaya entry, “Bakit Di Mo Sabihin”, where she and JC De Vera both play deaf characters.

She’s currently being linked to Paulo Avelino after their love team hit it big in the series “Marry Me, Marry You” and they went on a concert tour together in the States. So what is the status of their relationship at this moment?

“We see each other. Kaya lang pareho rin kaming busy kasi maraming trabaho. Maraming blessings na dumarating and I’m so thankful for all the wonderful opportunities coming my way.”

But does she like him? “He’s very supportive, very encouraging. Like itong ‘Sleep with Me’, he knows we’re promoting it so he gives me words of encouragement at malaking bagay ‘yun coming from someone like him. He says he wants to see ‘Sleep with Me’ kasi friend din niya si Lovi as they’ve worked together before. I’m happy that he is excited to watch it as I will appreciate his opinion about it. I hope he gets to like it.””

The fans of their “Marry You, Marry Me” tandem continue to clamor for their next team up. “Yes, they tweet us constantly. They make a collage of our pictures together. They miss us daw. So sana nga, we can get to work again together in the near future.”