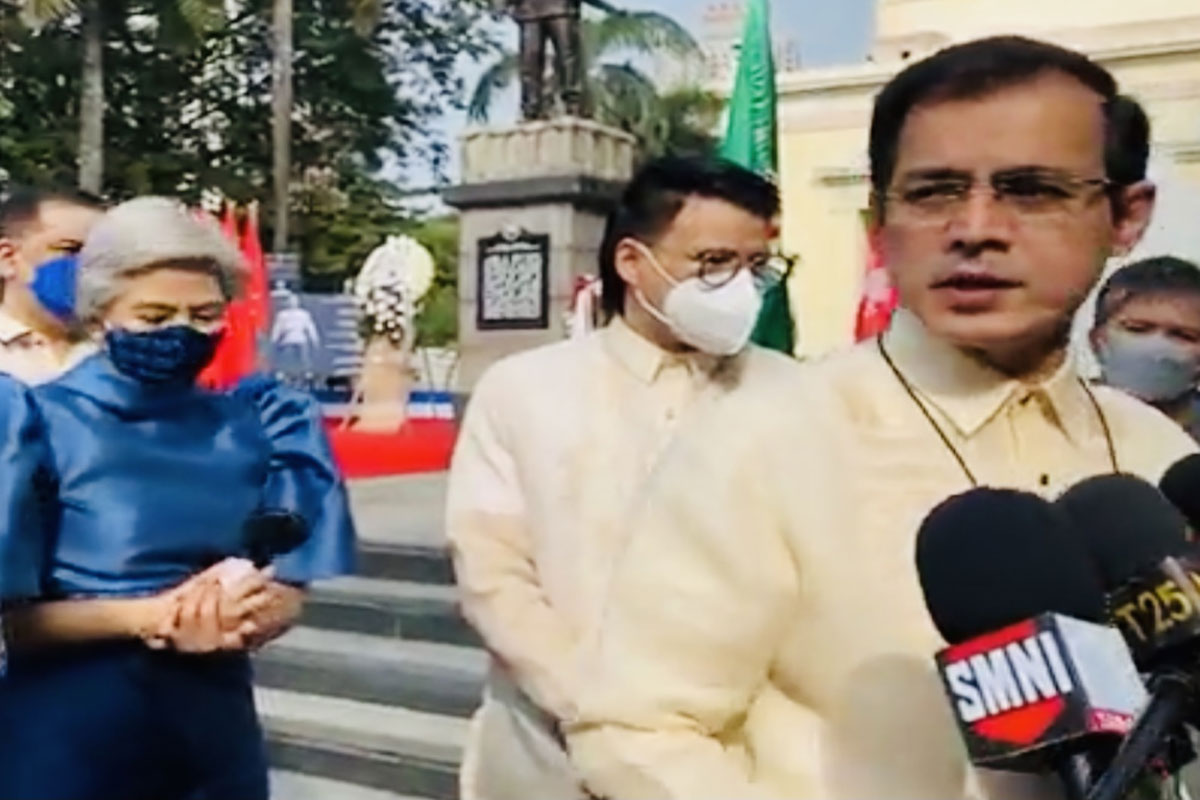 MANILA Mayor and Aksyon Demokratiko presidential bet Isko Moreno, Vice Mayor Honey Lacuna and Congressman Yul Servo yesterday led the commemoration of the 158th birth anniversary of revolutionary hero Gat Andres Bonifacio, whose life, the mayor said, should serve as an inspiration specially for the youth of today. In his message that followed a wreath-laying ceremony at the Liwasang Bonifacio in Ermita, Manila, Moreno also called on the youth to help shape a better country by choosing the right leaders and not fall into the trap of believing what is being fed to them by doing thorough research, saying they comprise a bulk of the electorate and have the power to change the prevailing cycle of politics in the country. “Wag kayong magpapalinlang sa mga isinusubong kuwento sa inyo,” said Moreno, as he expressed belief that the youth will find a way to know the truth behind the lies being floated on social media.

Moreno and Lacuna also dedicated the day to paying tribute to all the frontliners during the pandemic as modern-day heroes. Moreno also called for unity among Filipinos, saying that while foreigners bring in investments and help the country economically, at the end of the day, it will still be us, Filipinos here and abroad, who will be helping one another.

PRRD: Let Bonifacio’s heroism be a guide in times of crisis