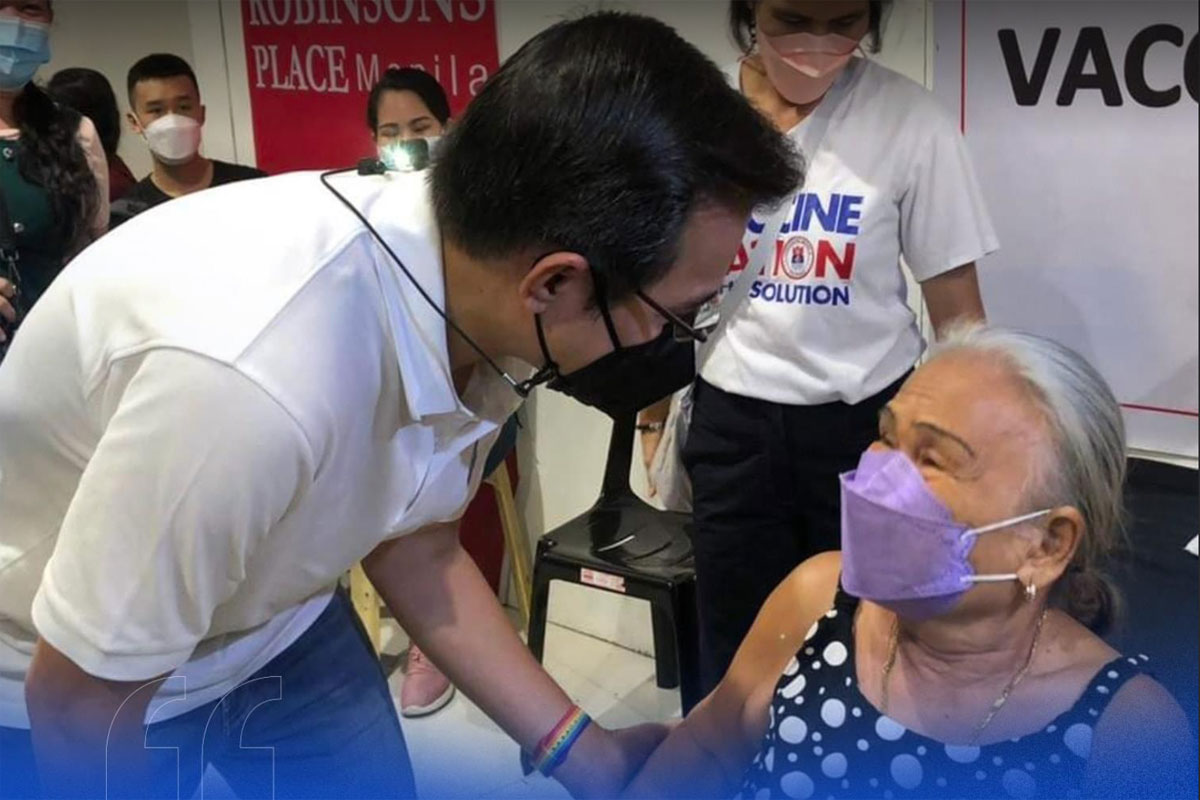 WITH the threat of an Omicron-driven COVID-19 surge gripping the country, Aksyon Demokratiko senatorial candidate Carl Balita on Tuesday said he is proud to have chosen Manila Mayor Isko Moreno as his presidential candidate because he is the only who has shown genuine concern for the people’s health and welfare.

Appearing before the regular Pandesal Forum in Quezon City, Balita extolled the virtues and many accomplishments of the 47-year-old local chief executive in the delivery of social services, particularly in the field of health, that made Moreno as his president of choice, and which will also make him the best choice for the whole electorate in general.

Even before Moreno was thrust into the political limelight due to his presidential run, Balita said Moreno has already displayed a heart of gold in his readiness to help the needy.

Balita was referring to one of the 20 children born with Biliary Atresia that were sent by then Vice Mayor Isko to Taiwan for the needed liver transplant surgery.

All were successful. But then, Mayor Isko is not the person who brags about his assistance to poor people, nor does he like to publicize his good deeds.

The City Government of Manila, under the leadership of Mayor Isko, has built the soon-to-be-inaugurated New Ospital ng Maynila and the Corazon C. Aquino General Hospital in Baseco Compound as part of its continuous development program to improve medical facilities and provide Manileños with quality health care and service.

The 10-storey New Ospital ng Maynila, which is expected to have its soft-opening this January, boasts of a 384-bed capacity with 12 intensive care units (ICUs), and 30 private rooms. It has a three-story parking building and a helipad for emergency medical evacuations.

But what really made Moreno more admirable is his equally genuine concern for the health professionals and health workers, Balita said.

Be that as it may, Balita dared his fellow health professionals to compare their chosen candidates with the Aksyon demokratiko standard bearer.

“Ito ang panawagan ko sa mga health professional. Patunayan ninyo sa akin na ang kandidato ninyo ay merong mas magandang regards para sa kalusugan ng higit kay Isko Moreno in such a way that doing it, not in a way that they are writing it or been talking about it, but in the way they have done it. Look at Manila, look at the New Ospital ng Maynila kung gaano kalaki, look at the two new hospitals. Look at the vaccination efforts of Manila, all the innovations in terms of vaccination, drive-thru, 24/7, the field hospital now being used for our OFW family. Saan mo makukuha yan?” he said.

Balita said that even the way Moreno has conducted his campaign speaks well of Moreno’s heart for the masses.

He said that vice presidential candidate Dr. Willie Ong and himself, who enjoy large numbers of social media followers, could have just stayed close to home and used their Facebook pages to campaign.

But instead, Ong, Balita, and his fellow senatorial candidates Jopet Sison and Samira Gutoc chose to follow Mayor Isko in his Listening Tour to touch base with the ordinary people, to hear their particular problems and hopefully come out with particular policies or legislation that would address those problems.