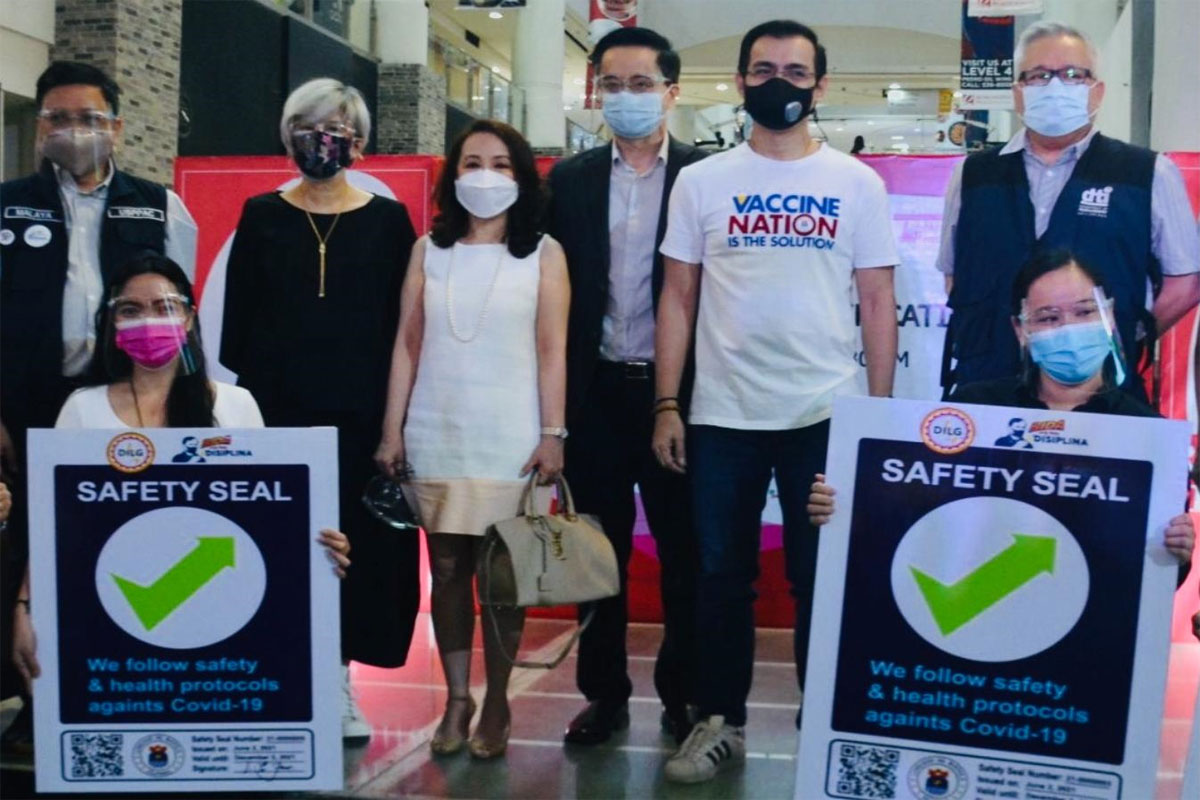 MANILA Mayor Isko Moreno led the ceremonial installation of the Safety Seal certification at the entrance of Robinson’s Place in Ermita, Manila and the kick-off of the mass vaccination in one of four ‘mega-sites’ or malls, on top of the 18 schools already being used, in preparation for the inoculation of the A4 category which includes workers.

The said mall is the first to get one in the city, indicating that the establishment is compliant with COVID-19 health protocols.

“It is very important to pursue economic growth. Paano natin palalakasin muli ang negosyo kung ang mamimili ay walang kumpiyansa. And the best way to raise consumer confidence is to show that people who are serving in this setting are all safe and vaccinated,” Moreno said.

With the granting of the said seal to establishments, Moreno said consumer confidence will be raised that the establishment they are entering are safe.

The mayor assured members of the business sector that he and Vice Mayor Honey Lacuna will continue to be there for them, finding ways to ensure that doing business in the city of Manila will always be safe and hassle-free.