Journal News / News / Metro / Isko: Manila a step ahead in war vs COVID 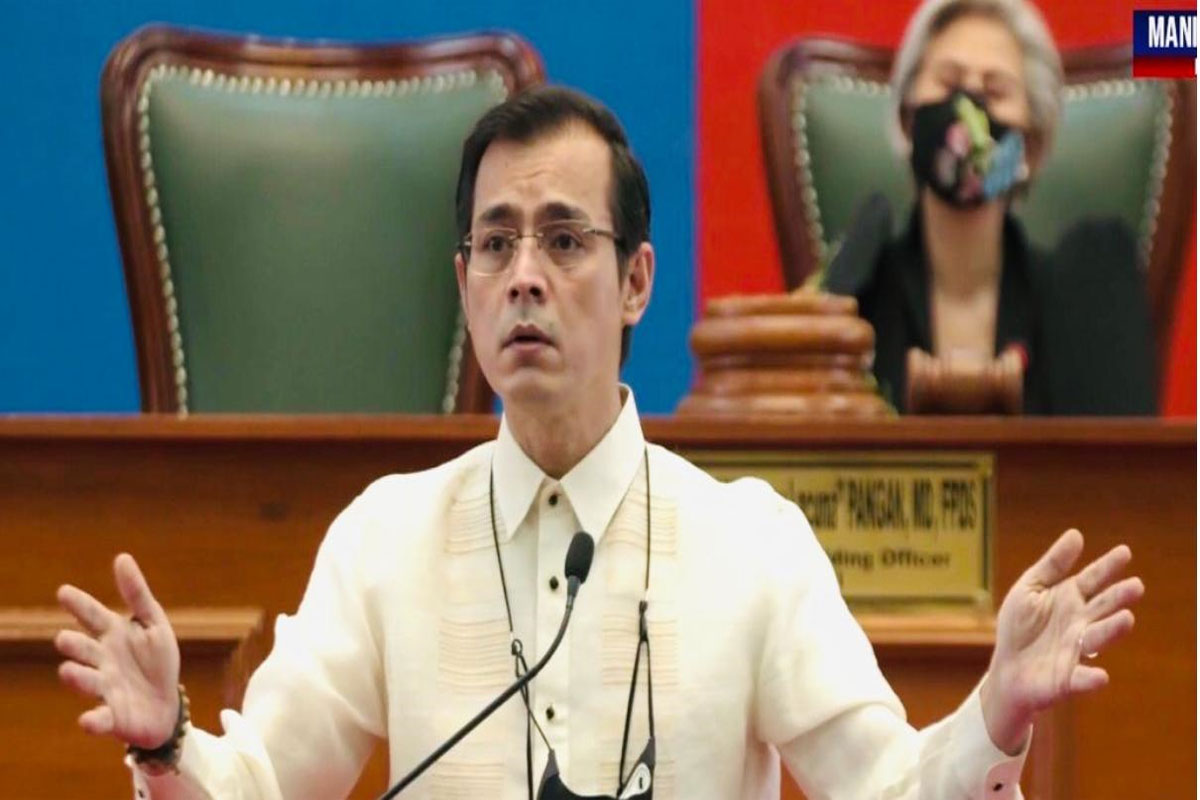 Mayor Isko Moreno delivers his state of the city address at the city council. Behind him is presiding officer and Vice Mayor Honey Lacuna. Photo by JERRY S. TAN
Metro,

Isko: Manila a step ahead in war vs COVID

In his third State of the City Address, Moreno said the vaccination plan of the local government was created even before the spike of COVID-19 cases in the country.

As early as January 5, Moreno said the Manila city government had already signed a contract for the procurement of 800,000 doses of AstraZeneca vaccines and an agreement for the 400,000 doses of Sinovac was inked on April 28.

Simulation exercises were also held in the city’s district hospitals in order to train its medical frontliners ahead of the actual vaccination that started in March.

With this, the government was able to effectively execute a mass vaccination program in its 22 COVID-19 vaccination sites across the six districts while also conducting home service jabs for bedridden patients. A COVID-19 vaccine passport was also made available online for those who have been inoculated.

Hiring of additional doctors, nurses, and medical technicians was also made to strengthen the healthcare sector amid the COVID-19 pandemic.

“Vaccination should be faster than infection. Vaccination is the solution,” Moreno said, noting that more 600,000 individuals have received their first dose of vaccine while about 250,000 have already been fully vaccinated.

It could also be noted that the city government was able to build the Manila COVID-19 Field Hospital ahead of its 60-day target schedule.

Moreno said the 344-bed capacity hospital was made in order to decongest the six district hospitals and be able to return to its full function and be able to cater other health concerns.

The COVID-19 Vaccine Storage Facility and Molecular Testing Laboratory were likewise constructed at the Sta. Ana Hospital as the government also augmented two sets of RT-PCR Testing Machines and one Cartridge Based 16-Placer Machine at the said hospital.

On top of this, new regiment medicines such as Remdesivir and Avigan, as well as Tocilizumab, were made available to the public for free. The city government has also appropriated about P250 million for the procurement of Pfizer and AstraZeneca vaccines.

The mayor also noted that with the help of the free RT-PCR tests being conducted by the city government, detection of the COVID-19 virus has been made easier.