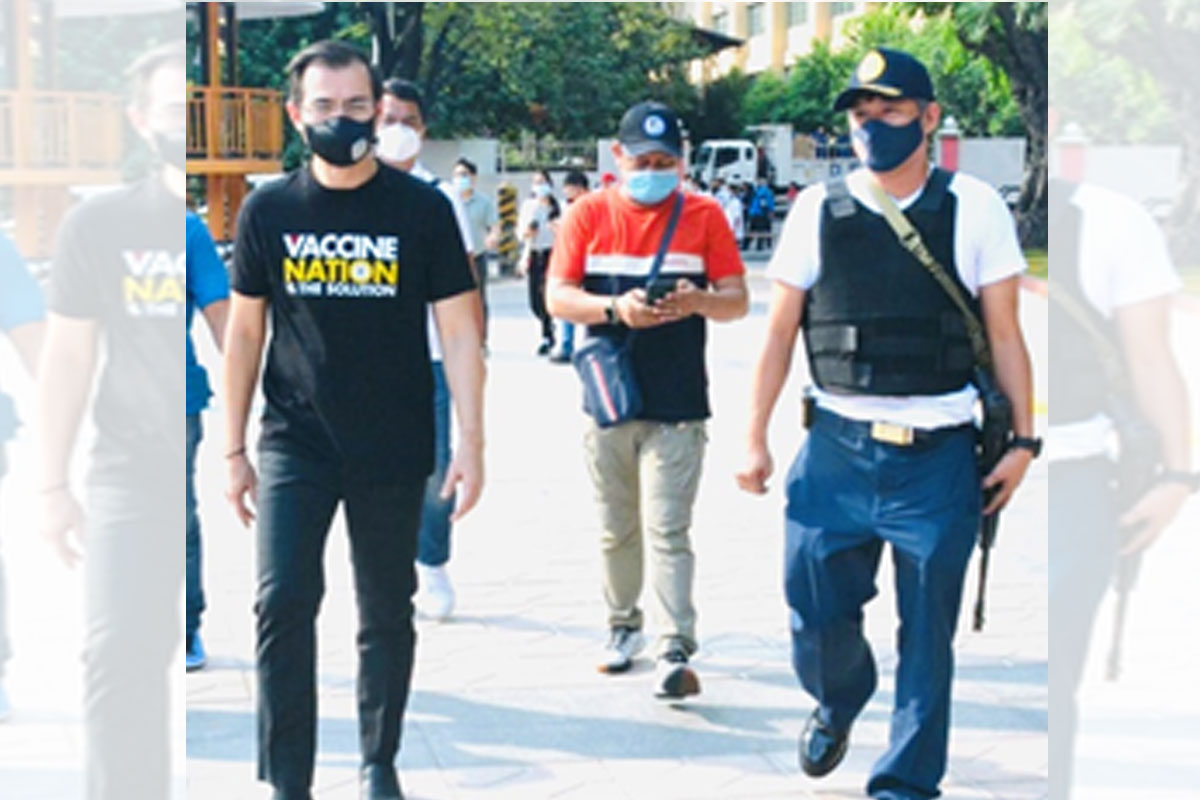 Mayor Isko Moreno with SMART chief LtCol. Jhun Ibay (right) after receiving a report on the arrival of the Badjaos at the Pier area in Tondo. Photo by JERRY S. TAN
Metro,

Isko: Badjao being exploited by syndicates

Thus warned Manila Mayor Isko Moreno, after joint teams from the Manila Police District headed by its Director, Gen. Leo Francisco, the special mayor’s reaction team (SMART) under Lt. Col. Jhun Ibay and the social welfare department under its chief Re Fugoso rounded up a total of 280 Badjaos believed to be victims of human trafficking, upon arrival at the Pier area in Tondo. Four of them, so far, were found to be COVID positive.

Moreno said the poor Badjaos that come from Mindanao are being exploited by syndicates who make them come to Manila on the promise of a better life, only to make them beg on the streets and live as squatters.

Since the pandemic hit last year, the city government, through the office of Fugoso, had been continuously taking in homeless people and bringing them to the city’s facilities where they are given shelter and food. They, specially the children, are also provided with monthly check-ups and free entertainment via film showing.

The purpose for taking in these individuals, Moreno said, is to get them out of harm’s way and the possibility of contracting the coronavirus.

While the local government is happy to be of help, Moreno lamented that there are syndicates that thrive in the sufferings of the Badjaos.

Moreno said the city government received a tipped information about the arrival of the said Badjaos and the tip proved to be true.

Fugoso had been tasked by Moreno to temporarily take care of the said Badjaos while the city authorities are working on ways to send them back home.

According to Moreno, the police already have the identities of those behind the syndicate involved and that it is just a matter of time before they are put behind bars.