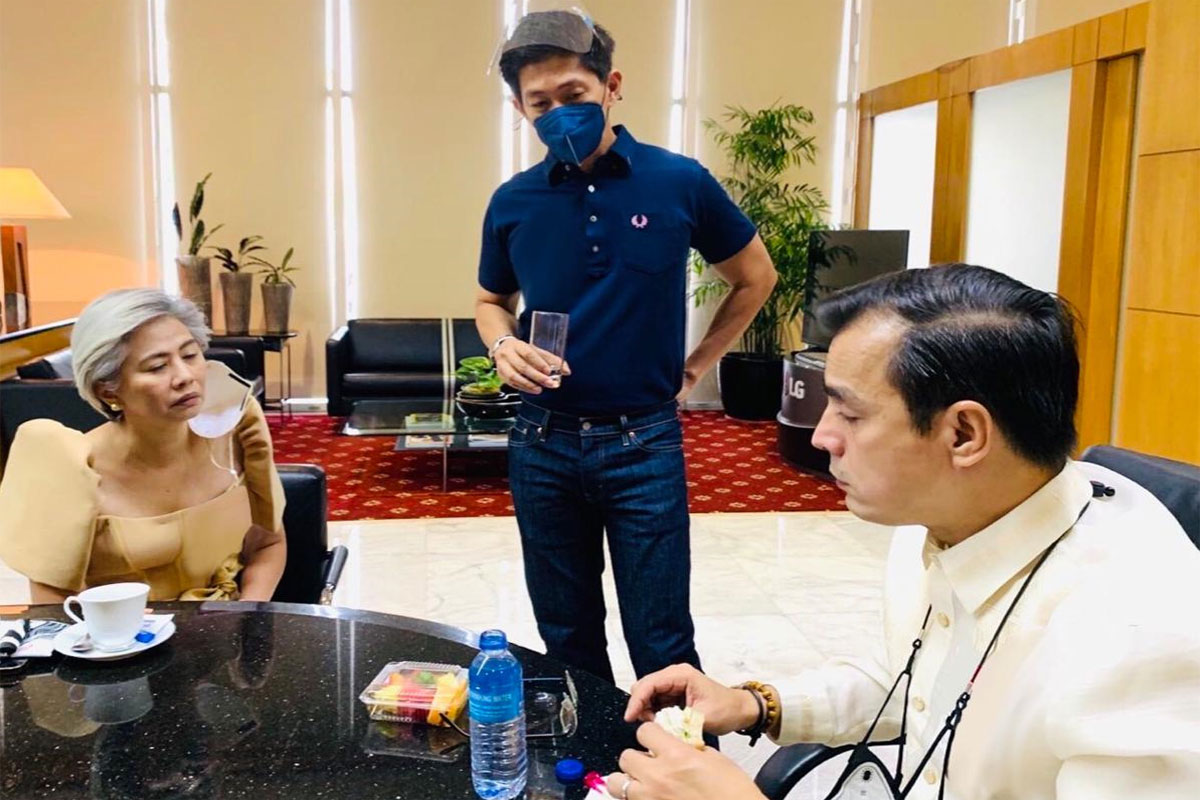 TWELVE vaccination sites have been assigned by Mayor Isko Moreno for the exclusive accommodation of the city’s senior citizens who have not gotten their first jab, as the city went on vaccinating despite the heavy downpour.

This, as Mayor Isko Moreno, called on the younger members of families with unvaccinated senior citizens to help the elderly members of their household register in the city’s online system and then bring them to the vaccination sites assigned for them whenever vaccines are available.

The mayor named the sites in his live broadcast and social media account, comprised of two public schools in each of the six districts of Manila, as he appealed for those who are not senior citizens to no longer attempt getting the jab in the said vaccination sites, saying the system will know if one really belongs to the A2 category or senior citizens.

Instead, he directed them to go to the other vaccination sites which are ready to accommodate those who are not senior citizens.

Moreno branded as a ‘good problem’ the reported incident at the San Andres Complex where those who did not make it to the cut-off refused to leave and insisted on taking chances.

This, he said, is a clear indication that the residents of Manila really do want to get vaccinated, specially amid reports that there are already cases of the deadlier Delta variant in the country.

Regarding the said incident, Moreno said those who did not make it to the cut-off were vaccinated just the same, as the city sent additional vaccines to the said site.

Moreno expressed gladness that the residents of the city are responding positively to the vaccination campaign that he and Vice Mayor Honey Lacuna actively launched since January, after Moreno launched on New Year’s eve the online registration system for those who want to avail of the free vaccination.

As of 8 p.m. of July 20, Manila Health Department chief Dr. Arnold ‘Poks’ Pangan reported a new record of 44,077 vaccines administered in one day.

Moreno assured the residents that not even heavy rains or holidays will stop the city’s mass vaccination program if and when vaccines are available.