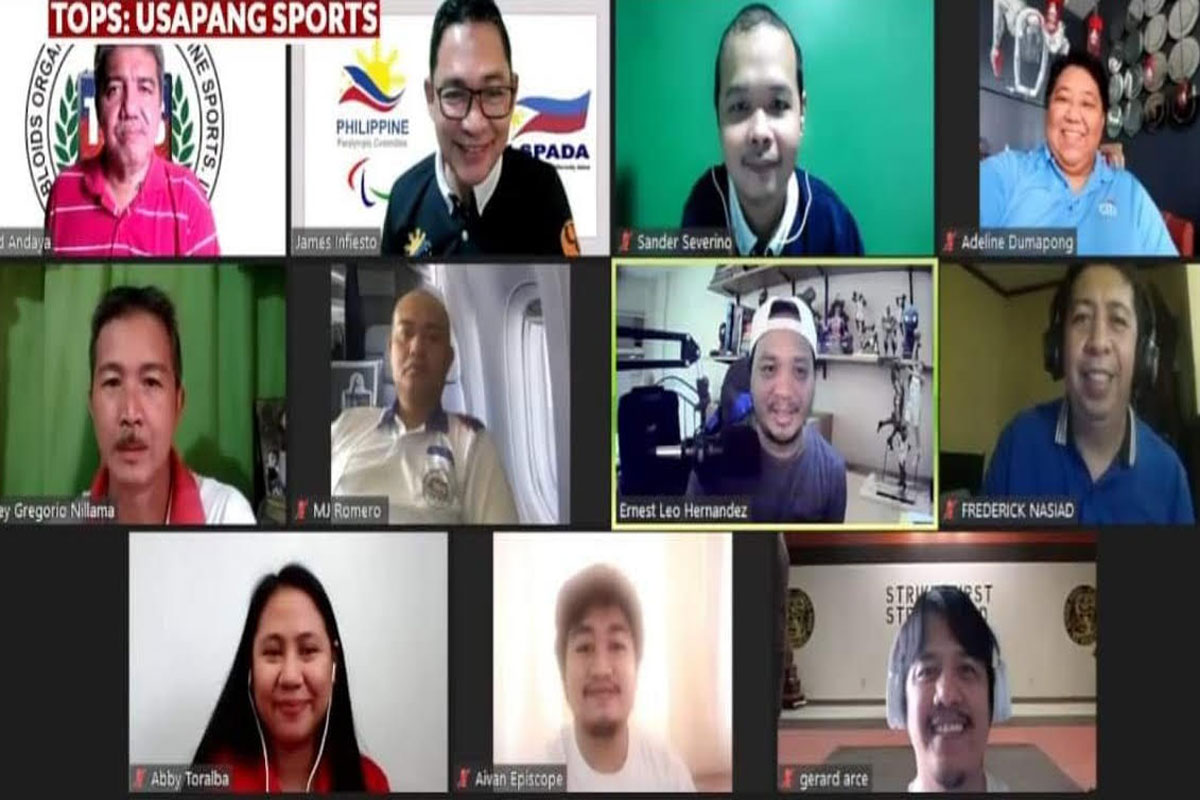 THE Philippine Paralympic team hopes to play well and finish strong as a guest team in the 2021 PCAP-San Miguel Corporation- Ayala Land chess tournament, which comes off the wraps later this month.

But they are ready for the challenge.

“It will not be easy playing against the regular PCAP members and even the foreign guest teams, but we will do our best,” said Severino during the 117th “Usapang Sports on Air” by the Tabloids Organization in Philippine Sports (TOPS) via Zoom last Sept. 2.

“This is a good opportunity for us to hone our skills and we intend to make the most playing against the country’s top payers in this online chess competition,” added Severino, who made chess history by winning the world online chess championship of the International PhysIcally-Disabled Chess Association (IPCA) last year.

The 36-year-old pride of Silay City, Negros Occidental, who was diagnosed with muscle dystrophy when he was only eight years old, said he is excited for the chance to get better as he prepares for more international competitions next year.

“Madami kaming kailangan paghandaan, gaya ng ASEAN Para Games in Vietnam in May, the FIDE Olympiad for people with disabilities in Russia in August, and the Asian Para Games in China in October,” Severino told sportswriters during the weekly public service program sponsored by the Philippine Sports Commission (PSC), Philippine Amusement and Gaming Corporation (PAGCOR) and Games and Amusements Board (GAB).

“While our main purpose in joining the tournanent is to get the much-needed exposure, we also intend to win. We are aiming for the PCAP championship,” claimed Infiesto, a licensed FIDE trainer.

“But let’s be realistic. While we do have experience in online chess which is different from the braille or regular board chess, we have our disadvantages. Our blind competitors will require assistance from a second person who can only call out the move of the opponent and move the chess pieces based on the instructions of our athletes. That already is a disadvantage in terms of time,” admitted Infiesto.

The team finished fifth overall in the FIDE Online Olympiad for people with disabilities last year with Severino winning an individual silver medal.

Two other guest teams — the Philippine junior chess team and the Davao Executive Chess Society (DECS) — are also invited to join the third tournament of PCAP.