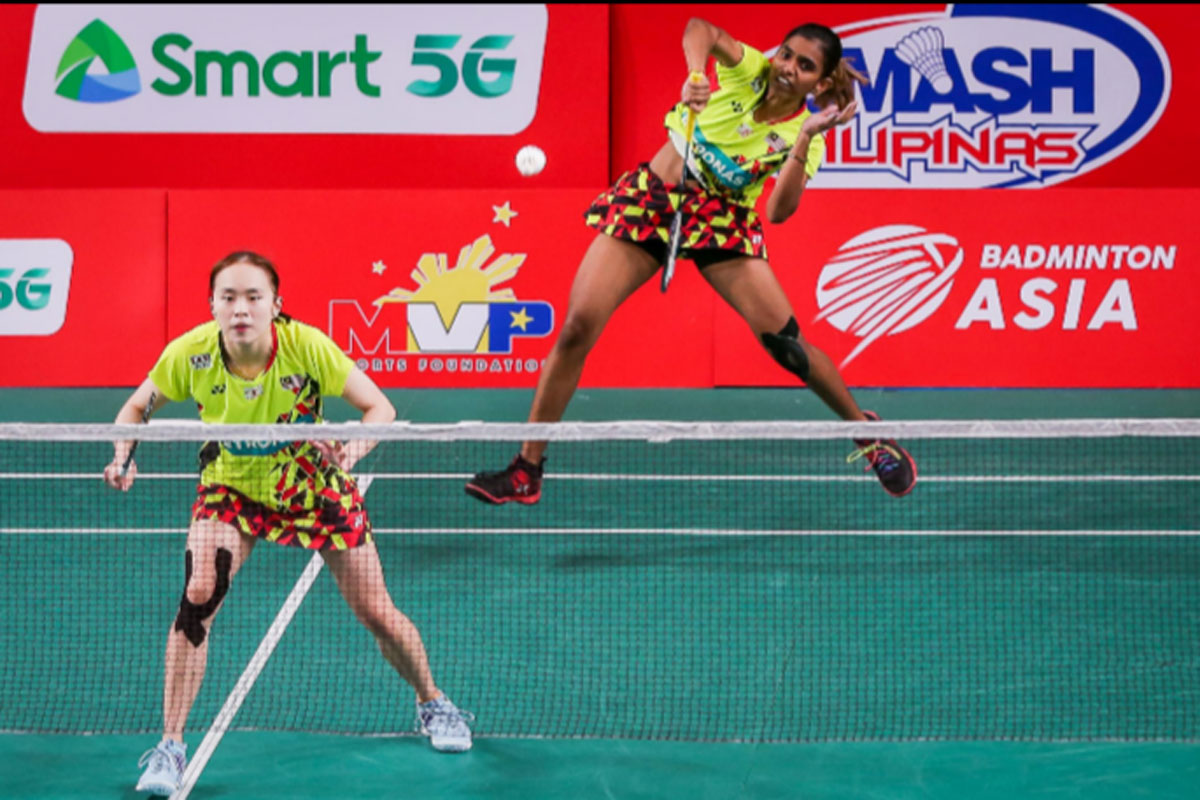 Pearly Tan and Thinaah Muralitharan of Malaysia in action during the women’s doubles in the Smart Badminton Asia Championships 2022 at the Muntinlupa Sports Complex
Other Sports,

WORLD No. 8 Jonatan Christie of Indonesia escaped with a hard-fought win against reigning World Champion Loh Kean Yew of Singapore, 22-20, 23-21, to book his place in the semifinals of the men’s singles at the Badminton Asia Championships 2022 at the Muntinlupa Sports Complex in Muntinlupa City.

The 2018 Asian Games champion in the event played catch up in both frames, before finally finishing the match that lasted for 47 minutes, and booked an all-Indonesian semifinal against Chico Aura Dwi Wardoyo.

“First, I would like to thank God, because without him I’m nothing,” Christie said. “And yeah, Loh Kean Yew is playing very well in the World Championship last year, so it was not easy playing against him. But, I kept him under pressure from the start.”

The 24-year-old badminton star, though, knew he has a lot to work on in order to win his first-ever Asian title. “If we talk about results, I am very happy. But if we talk about performance, I think I can improve on one or two things for the next match,” he said.

In the women’s singles, world no. 4 An Seyoung of Korea completed the semifinalists after a clinical win over Japan’s Sayaka Takahashi, 21-15, 21-5. An will go up against Wang Zhi Yi of China for a place in the final.

Japan, though, got through the mixed doubles last four as world no. Watanabe Yuta and Higashino Arisa took down Tan Kian Meng and Lai Pei Jing of Malaysia, 21-18, 21-5. The Japanese pair drew China’s Wang Yi Lyu and Huang Dong Ping, winners over Rinov Rivaldy and Plitha Haningtyas Mentari of Indonesia, 21-13, 21-11.

Aaron Chia and Soh Wooi Yik secured a berth for a Malaysian pair in the final as they advanced into the semifinals of men’s doubles, scoring a three-setter against India’s Satwiksairaj Rankireddy and Chirag Shetty, 12-21, 21-14, 21-16. Meanwhile, world no. 8 Fajar Alfian and Muhammad Rian Ardianto of Indonesia set up another all-Indonesian semifinal after defeating Man Wei Chiong and Kai Wun Tee of Malaysia, 21-16, 21-16.

The Japanese will face compatriots Fukushima Yuki and Hirota Sayaka, who won over Malaysia’s Pearly Tan and Thinaah Muralitharan, 14-21, 21-19, 21-16, in the last four.

The semifinal matches are scheduled on Saturday starting at 1 p.m.